A righteous man in hell 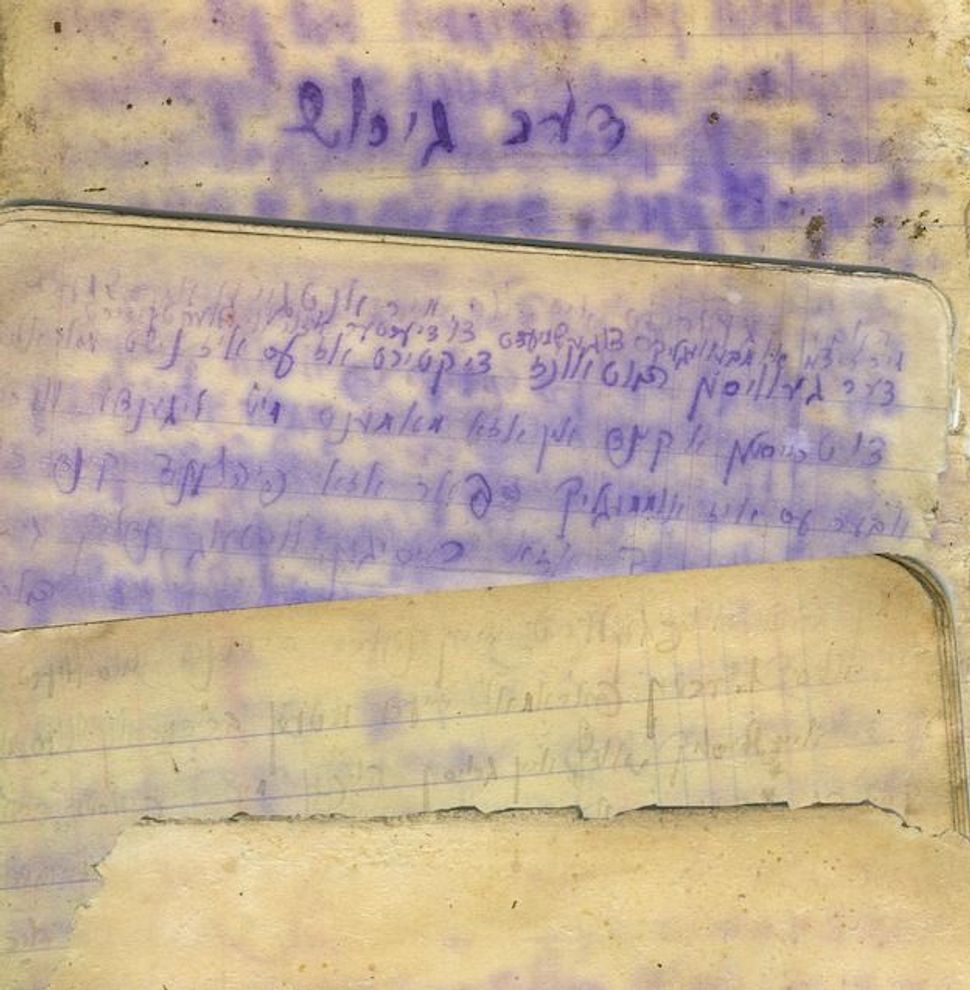 In October, the German academic publishing house WBG Theiss published the book, “Letters from Hell” (Briefe aus der Hölle), about Jews who served in the Sonderkommando at the Auschwitz-Birkenau death camp. The volume also includes a new translation from the Yiddish memoirs of Rabbi Leib Langfus, prepared by the author of this article.

The book includes all available memoirs of Jews who served in the Sonderkommando at Auschwitz-Birkenau – the camp detail forced by the Nazis to help prepare inmates for the gas chambers and dispose of their corpses. In total, eight such documents have been preserved, the majority of them in Yiddish.

A quite expansive introduction and detailed commentary accompanies the book, prepared by Pavel Polian, a Moscow-based geographer, author and literature scholar who has been preoccupied for quite some time with this theme. In 2011 he published a Russian-language edition of Zalman Gradovsky’s memoirs, translated from Yiddish in 2007-2008 by Alexandra Polian, a well-known Yiddish instructor and researcher from Moscow.

Gradovsky relates that in the camp, he slept in the same bunks as the dayan, or rabbinic judge, Leib Langfus of Makow Mazowiecki, Poland. Because of his extraordinary piety—a rarity in such a terrible place, particularly among the Sonderkammando—the Kapo had pity on the rabbi and gave him the “easy” task, if one may use such a word in this context: to wash and dry the shorn hair of the women. About a year ago, Pavel Polian asked me to prepare a fresh translation of Langfus’s memoirs.

Unfortunately, we still know relatively little about this person. The basic research on his life, which historians have pursued since the 1950s, seems like a captivating yet tragic detective novel. Until recently, researchers believed that his original Yiddish-language memoir was unreadable because of the severely damaged state of the ruined pages on which it was written.

Langfus was sent to Birkenau in December 1942. Together with Gradovsky he participated in the Sonderkammando uprising, in which 451 of the resisters were killed on October 7, 1944; they nevertheless succeeded in destroying one of the crematoria and in this way delayed by a little the killing process. The rabbi himself was murdered later, on the 26th or 27th of November.

In the camp he felt compelled to write two works, a memoir and a diary. Both works were discovered after the war, buried in glass jars near the crematoria. The diary was sufficiently preserved. Dina Terletskaya translated it from Yiddish into Russian; Roman Richter’s German version of her translation appears in the new collection. Thanks to Richter, my Russian translation of Langfus’s memoirs appears in the volume, which in Yiddish was titled “Geyrush” (“Expulsion”).

Already in April 1945, a Pole named Gustaw Borowczyk found the memoir in the ruins of Auschwitz crematorium number 3, and hid the manuscript in the attic of his house; his brother discovered them there in 1970. In 1972, Dr. Roman Pytel, a scholar of Semitic languages, translated it into Polish; in the same year it was also published in German.

Although Pytel’s translation helped me greatly, it is nonetheless littered with errors and fantastic interpolations. When the translator couldn’t understand the Yiddish text, he continuously filled in the blanks, often with extraordinarily awkward turns of phrase. For example, in one place he changes the word “Jewish,” for who knows what reason, to “Aryan” – that is, German, according to the racist terminology of the Nazis. The word “shul” which in context clearly means “synagogue” he translated as “school” and so forth.

Nonetheless, the manuscript during the 1970s was in much better condition than today. The Polish translator therefore could make out parts of it that were now obscured with age. Without the help of contemporary technology, the manuscript would remain indecipherable.

Russian computer expert Alexander Nikitjaev examined the pages, separating out the color of the faded blue ink. This, however, proved insufficient; I had to analyze every fragment from various perspectives with the help of a computer. Langfus had scratched some of the pages with some sort of sharp instrument, instead of a pen.

In short, Langfus tells of the ghetto in Makow, its liquidation, the Nazi selection process, the path to the death camp, the poison gas, the crematoria…. The memoir is full of psychological, and, it seems to me, Freudian elements. It gives the tragic impression that the author is losing his sanity, and even the physical ability to write further.

Little by little, I was able to make sense of the words, sentences, then whole paragraphs that the previous researchers were unable to decipher. Unfortunately, just a portion of the original notes remain, and even these preserved pages were torn, soiled, moldy, erased. But precisely this fragile character gives the text its own dark character: “bodies…remaining graves…death…”

Only these words remain legible on page 114. What Langfus may have written further—and if he wrote further at all—remains a mystery. In any event, the fact encourages us, that even in long familiar documents, new and significant details may be found, thanks to the development of computer technology. An additional important step and an honor for the murdered authors would be, of course, to publish these “megillahs of Auschwitz” in the original Yiddish.

A righteous man in hell