Fascinated by the Israeli-Palestinian conflict — and exploiting it 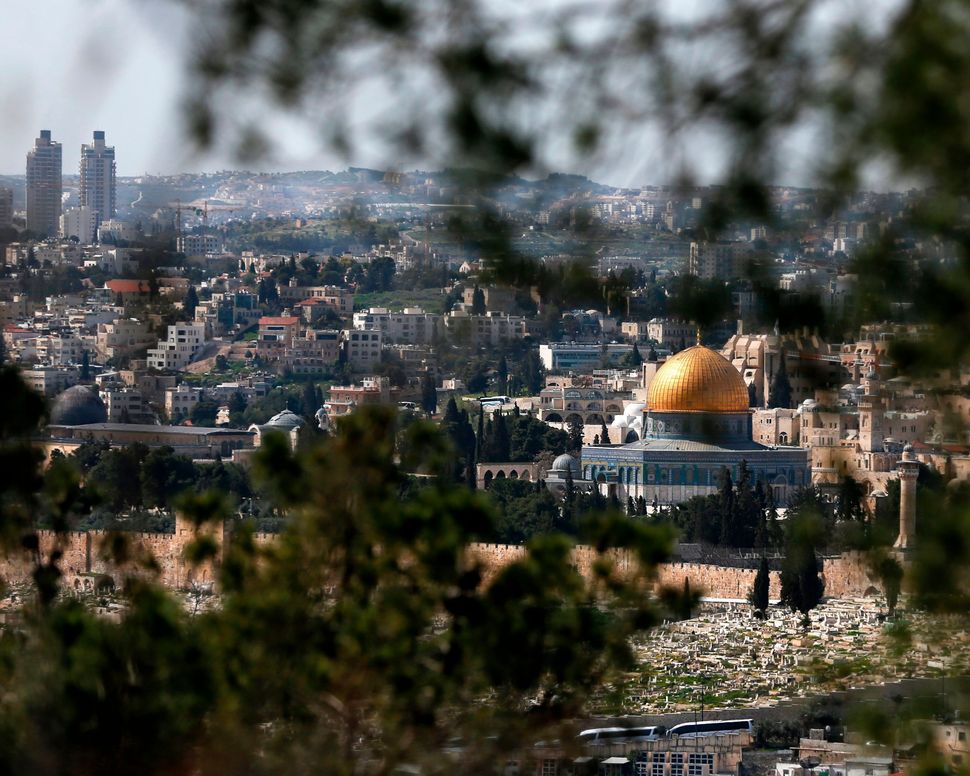 I don’t know if I’ve ever read a more exhausting book than Colum McCann’s “Apeirogon.”

McCann, the author of, among others, the National Book Award-winning “Let the Great World Spin,” is attracted to big stories, the kind that appear to in some way encompass the world. So it’s only natural that he would, at some point, turn his attention to the Israeli-Palestinian conflict. But “Apeirogon,” which tells the stories of two fathers who have each lost daughters to that conflict, one Israeli and one Palestinian, is so obsessed with its own significance as to reduce its big story to a laborious performance of authorial ego. Reading it is like listening to an erudite conspiracy theorist explain their thesis of the universe, the thesis being that just about every meaningful thing that has ever happened is connected, and connected specifically to Israel and Palestine. The idea that those places are by nature capital-M Meaningful too often substitutes for an attempt to really see, or question, what that meaning might be. McCann, in “Apeirogon,” has taken that substitution to a new extreme. 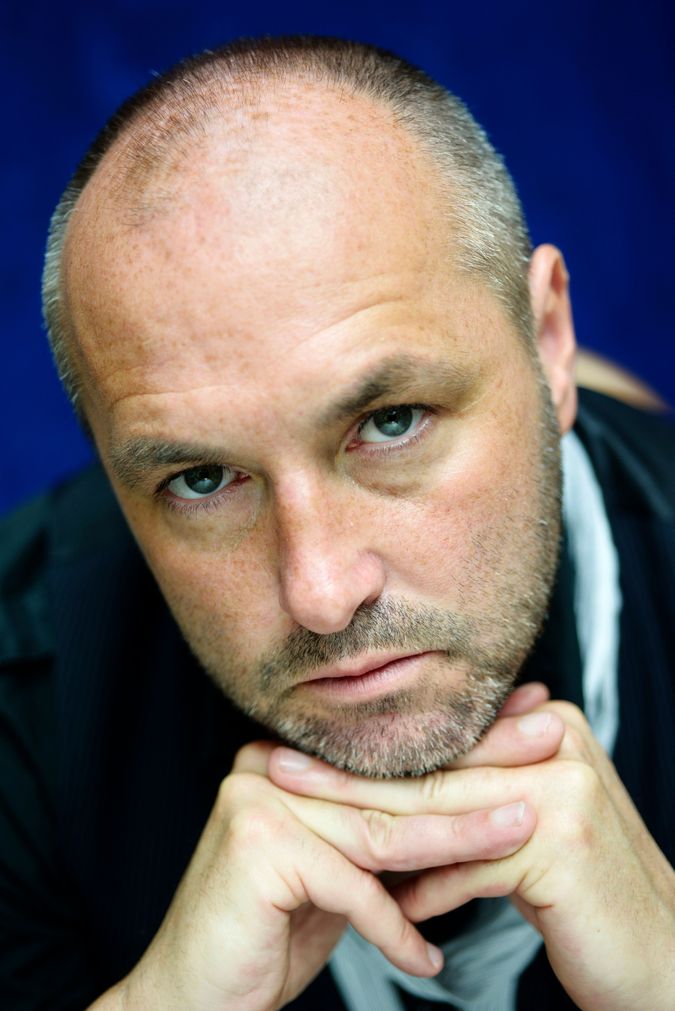 An apeirogon, to quote the book’s press release, is “a shape with countably infinite sides.” As a title, it’s designed to make the heart plummet: A writer could hardly give a more exaggerated hint that they intend to boldly demonstrate just how amazing and complicated it all is. McCann has formatted his book like the geometric oddity for which it’s named, in a sequence of brief, disconnected sections that threaten to go on eternally; in the end there are 1,001, in an allusion to “One Thousand and One Nights.” Some of those sections constitute a plot, and many are free-floating drifts of facts and, less often, ideas. McCann’s use of trivia can be impressive; it takes a fair bit of knowledge to connect, say, the effort to preserve the Sistine Chapel with the history of the creation of gunpowder. (A chemical compound that threatened Michelangelo’s work was a fundamental component in early explosives.) But knowledge does not a novel make, and McCann exploits his form as he exploits his subject, treating its vastness as a substitute for many of the things a reader might wish for: character development, emotional nuance, real thoughtfulness. So: Section 104, which reflects on the bodies of suicide bombers, leads to section 105, which looks to the celestial Sistine, leads to section 106, in which we learn how to make gunpowder, and section 107, in which we learn just how, historically, we learned that particular fun trick. Sure, it’s swoopy and artistic. But what, exactly, do all these lofty scraps of a concept come together to make?

Complicating “Apeirogon” is the fact that it’s about real people: the Israeli Rami Elhanan and the Palestinian Bassam Aramin, as well as their families and, particularly, their deceased daughters. Smadar Elhanan was killed in 1997, at age 13, by suicide bombers. Abir Aramin was killed in 2007, at age 10, by a rubber bullet fired by an 18-year-old Israeli soldier. Aramin and Elhanan responded to their daughters’ deaths by reaching out for one another, and for peace. Their stories are ones of tremendous grief and strength, and one of the tragedies of “Apeirogon” is how, in trying to exult Aramin and Elhanan’s bravery, McCann makes it seem empty. In McCann’s construction, Abir, Smadar and their fathers come across as forms: Darling daughters; grieving fathers; courage; innocence; very little soul. It’s a disservice to the men, who opened up their lives to McCann after meeting him when he visited Israel and the Palestinian Territories in 2015, giving him access to their to their stories and families without requesting any oversight over the novel. And it’s profoundly sad. You grieve for Aramin and Elhanan, whose stories have been told badly. And you grieve — albeit quite a bit less — for McCann, who, despite the bluster, clearly wished to tell them well.

The book sometimes hints at what it could be, if McCann had been less preoccupied by the enormity of his vision. When Abir is in the hospital, not yet dead but well past saving, two doctors — one Jewish, one Palestinian — ask Aramin to consider organ donation. “He wasn’t sure how to explain it,” McCann writes, “he had always wanted Abir to see the sea, it was the thing he had promised her for so many years.” He pictures her and her brothers playing in the waves of the ocean they’ve never been allowed to access, due to the Israeli blockade, “and he wondered what it was that the doctors saw when he lowered his gaze and he said, in perfect Hebrew: No, I am sorry, we cannot do that, my wife and I, sorry, we cannot allow that, no.” The connection makes inherent and heartbreaking sense: His daughter’s life, in so many ways restricted, cannot be given a retroactive value or made to seem bigger than it was. Her organs cannot live in the bodies of those who are free.

It would have been a gorgeous, had it not been preceded by an extended section in which Aramin imagines his daughter’s organs in a specifically Israeli body: “She might go home for Shabbat and bake the challah and light the candles and make her mitzvahs and wake to her husband and kiss his eyes and raise her children and bring them to the synagogue and teach them the Hatikvah.” It’s naïve to imagine that a Palestinian parent, in such a situation, wouldn’t consider the implications of their child’s organs potentially going to their occupiers. But the space and ardency McCann devotes to that consideration defrauds the emotional narrative, by its nature more politically compelling than the spin he tries to give it. He makes Abir and her father seem abstracted, as if their primary importance is to serve as avatars for the conflict that has consumed them. But the profoundly personal, overwhelmingly sad idea of the little girl playing in waves she never had the chance to touch says what all of his politicizing cannot. She was real: complicated, beloved, stymied, full of hope and promise. And she in every way deserved more.

That’s the real truth of the conflict, and one that McCann mostly fails to reach. The significance of Israel and Palestine is not in their air, or the flight patterns of the local birds — one of the novel’s preoccupations— or in the wine-making habits of the monks who still live there, or in the sophistication of the region’s weapons, or, or, or. It is in the lives of the people who live and have lived there. Michelangelo never painted them; the great movements of history have shaped them, but they have always been individuals, just like the rest of us. “Save us from enormities whether open or hidden,” McCann writes, quoting a Muslim prayer. Save us, indeed.

Fascinated by the Israeli-Palestinian conflict — and exploiting it