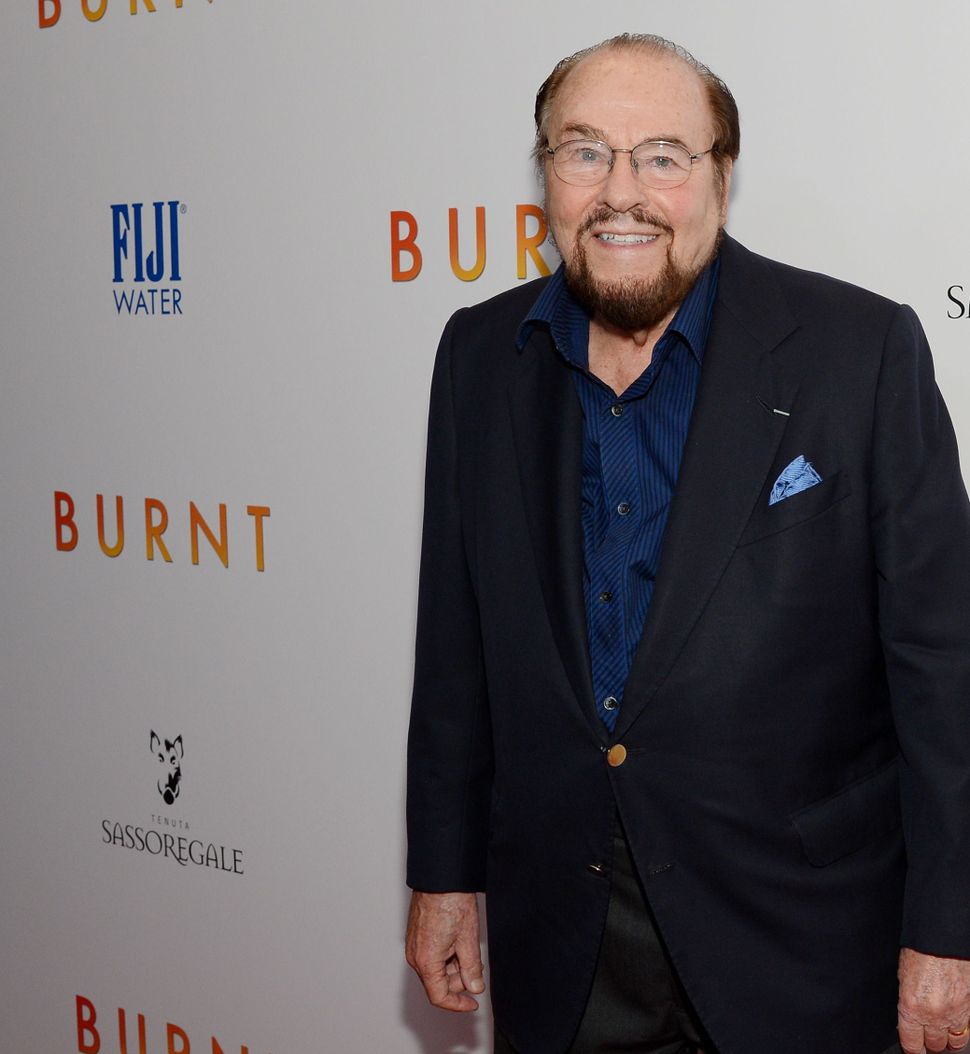 James Lipton, the oft-parodied host of “Inside the Actors Studio” has died at the age of 93.

Famous for his pomposity, Mid-Atlantic accent and corny closing questions, Lipton was a meme-worthy figure before the advent of memes. “MadTV” and “Saturday Night Live” skewered him, with cast members playing up his pretension; for “The Simpsons,” he satirized himself. Before that, he was a successful radio actor and a TV producer for, among other events, Jimmy Carter’s 1977 inaugural gala

In 1994, Lipton, whose father Lawrence Lipton was a one-time columnist for the Forverts, created “Inside the Actor’s Studio,” a videotaped class in which he interviewed celebrated actors for audiences of students at the New School and, beginning in 2006, Pace University. Here are some of Lipton’s best moments with A-listers. If you can find them, we also recommend trying to find Lipton’s 5-hour-long sit-down with Robin Williams, as well as his tête-à-têtes with Sally Field, Drew Barrymore and Gene Wilder.

One of Lipton’s go-to moves was asking actors to summon their trademark characters. When he asked Dave Chappelle to embody the blind, black Ku Klux Klan member Clayton Bigsby of the “Chappelle Show,” the comedian obliged. The clip is far from P.C., but still one of the long-running show’s funniest moments. The episode itself, one of the first times Chappelle addressed his 2005 exit from his hit series “Chapelle’s Show,” is a moving one.

In addition to actors, Lipton often brought other renowned theater and film professionals into the studio. Lipton’s full interview with Sondheim, including a discussion of his early musical writing sessions with Oscar Hammerstein II and live performances of songs from “Company,” “Sweeney Todd” and “Sunday in the Park with George” is a must-watch for musical theater fans.

Lipton loved impressions, and often asked his guests to have a go at them. One of the best showings came from Amy Poehler, who memorably — and hilariously — embodied Christopher Walken and Paula Abdul. The way she says “Spooky” in Walken-ish is unforgettable — almost as good as her “SNL” costar Will Ferrell’s take on James Lipton.

Occasionally artists had epiphanies in the Actors Studio, giving their interviews the tone of talk therapy. Such was the case with director Steven Spielberg, who, with some guidance from Lipton, realized his 1977 film “Close Encounters of the Third Kind” was about his buried desire for his divorced parents to communicate.

In the clip, Spielberg smiles and tells thanks Lipton for the insight. Today, we thank him too.