How a Holocaust survivor’s daughter found a passion for horses 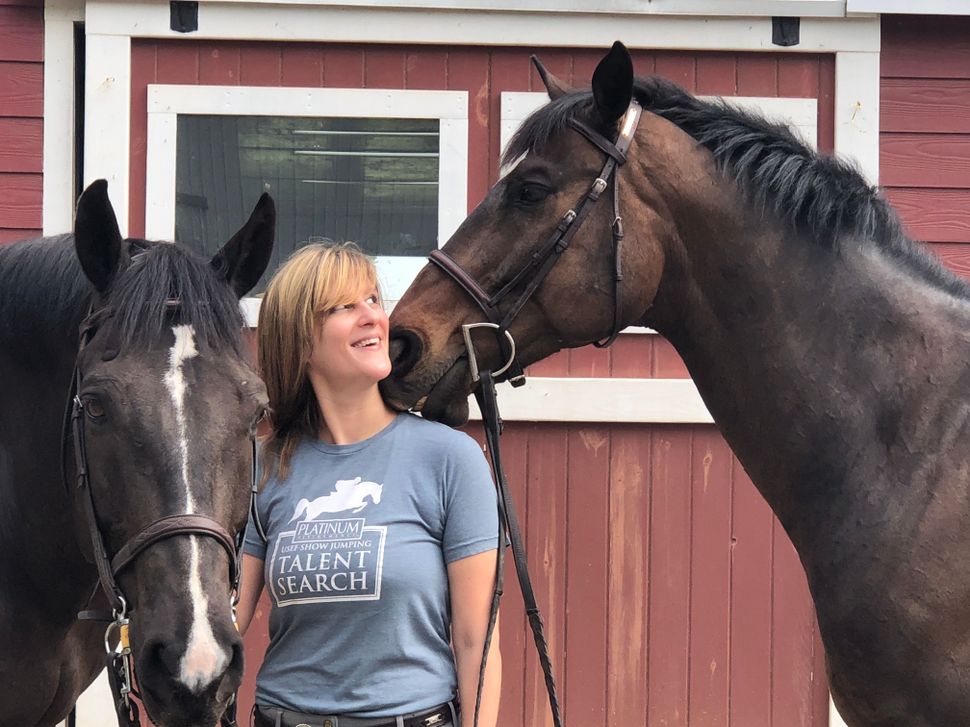 “We’re horse people!” I recall dad saying when I was about seven years old. “They’ve been in our family for generations!”

Even when I was that young, even before I fully understood what it meant when dad told me he survived the Holocaust, masquerading as a Catholic with a false baptismal certificate when he was just nine years old in Poland, I knew that somehow I was an outsider in the world I had become infatuated with – the world of ponies.

Horses have been my lifelong obsession, an odd one for a born and raised Manhattanite, and the daughter of a Holocaust survivor, upstart Jews with immigrant roots. I hunted horses down in my city, where I found them as a teenage mounted parks enforcement officer in Central Park, and worked for the founder of the New York City Black Rodeo at a barn in the middle of the Harlem River. It’s a passion that I’ve been unable to shake, and that has driven me as a journalist for The New York Times, to seek out the horses wherever my reporting has taken me – and their stories. 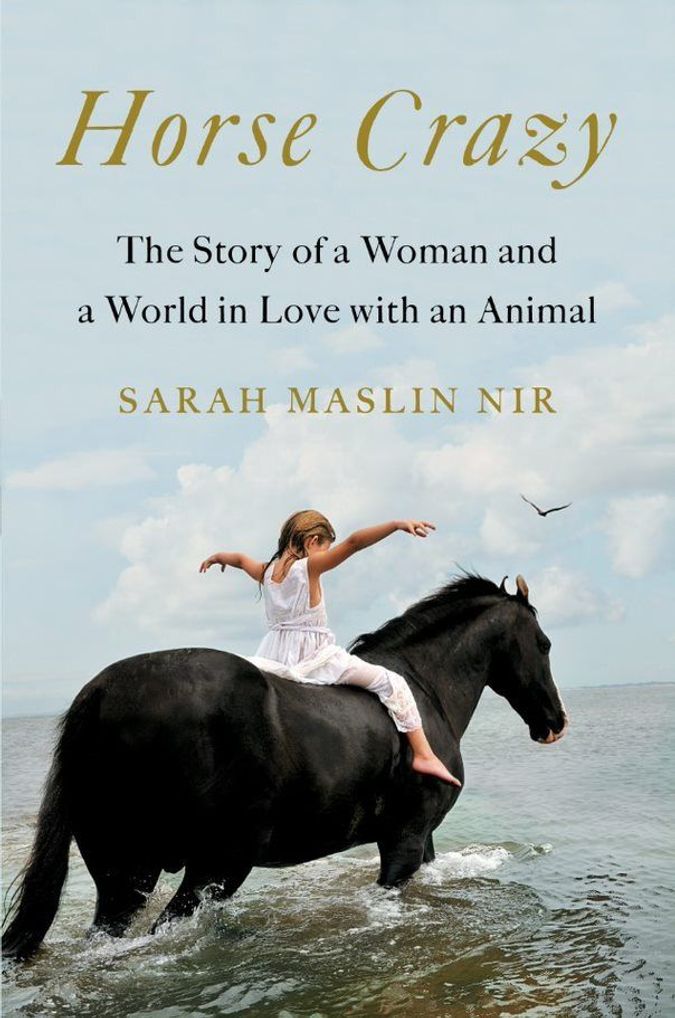 But I always understood and loathed that my entrée into the sport was as an outsider. So when dad, a prominent New York City psychiatrist named Dr. Yehuda Nir, who specialized in treating trauma among the city’s Hasidic Jews, hinted at the improbable — that I was possibly, authentically, a horse person — it jolted little me to attention.

That afternoon when I was seven in our country house in East Hampton, Dad began to unspool the story: During World War, I had a European cousin, and he was crafty. He loathed the war effort being mounted in the woods of what would become Poland that surrounded his farm, and so planned an act of subversion. The armies trampling his crops were steadily abandoning horses in the forest, dad recounted, used up nags half-dead from the endless march of battle. My cousin slunk in under cover of darkness and collected the suffering animals, each animal he came upon, he brought back to his stable.

(I was thrilled! An equestrian ancestor who saved poor creatures? This was almost classier than the girls from my Upper East Side private school whose plush living rooms featured daguerreotypes of great-grandparents astride fox hunting stallions!)

Dad continued: When day broke, the cousin would send word to the army’s encampment that there were fresh warhorses for sale. When the troops came horse shopping, he would revive the animals, almost magically. I thrilled at the story of the horse-whispering Pole.

Then dad shouted: “It was pepper in the ass!”

I remember reeling there in our living room. The cousin’s trick, dad revealed, was to put capsaicin, the chemical in pepper that makes you sweat, under the tail and the exhausted animals would become wild at the irritation. They’d seem full of battle-horse vigor. Impressed, the soldiers would unwittingly buy back their own decrepit animals, which would soon succumb to their injuries and mistreatment — my cousin’s own way of subverting the war effort he loathed.

As a child, I was horrified. I had wanted our equestrian history to be genteel, but dad relished his version. In writing my book, I began to understand it anew, and in doing so, understand my father.

In telling it, dad turned the trope of the greedy Jew on its head. This long-lost cousin was a profiteer, of course, but in my father’s retelling, Shylock was the hero. The cunning of the Jews — the terms of disparagement that have been lobbed at our people since time immemorial — was reclaimed by my father as a mighty weapon.

In both the fable of the pepper and my father’s own survival during the Holocaust, Jewish cunning was weaponized. “It felt great to outwit 80 million Germans trying to murder an 11-year-old boy,” my father was quoted as saying in his New York Times obituary when he died in 2014 at the age of 84. “I present it as a psychological victory.”

Dad’s peppery myth omitted names and places, and I gave it up as an absurdist family fable. Until one snowy afternoon in Berlin, more than 15 years later, I stood in the Jewish Museum before an 1869 lithograph by a German artist named Friedrich Perlberg. In it, a man parades a stallion before customers, a horse dealer showing his wares. He wears jodhpurs, riding boots – and the peyot of a Hasidic Jew. I was stunned. A Jewish horse dealer was real.

Was dad’s story too?

I never thought to ask, until I began writing a book about worldwide obsession with horses. “Horse Crazy: The Story of a Woman and a World in Love With an Animal,” began as a collection of tales and characters I picked up as a reporter for The New York Times around the world, drawn always after my articles were finished, to find the horses and the people who loved them, wherever I was. Discovering those stories morphed into unpacking my own.

As the progeny of a line of immigrants, of people who did not belong to this land, through riding, I laid claim to the leisure of The Other. “Ralph Lauren was born a Jewish boychick from the Bronx named Ralph Lifshitz!” my dad used to tell anyone who would listen, and indeed it is true; Ralph understood my need to take cover, to escape the shtetl for the safety of the ubermensch, to camouflage in their cashmere and jodhpurs.

In the quest for my family’s truth, I called my 103-year-old great Aunt Buscia in the bungalow where she lives in Israel.

“Sarah? Who loves sousim?” she said, using the Hebrew word for horses. Over the years my parents had mailed her pictures via Air Mail of me jumping my horses. I told her dad’s tale about the cousin, the pepper, and the rude location where he stuck it. Did we have horses in our family? I asked.

There was a little bit of silence, as my words made their way across the Atlantic, the Mediterranean and the Sea of Galilee, or maybe just through 103 years of thoughts.

Today, when I ride, or even when I am simply graced to be among the animals that have so grounded me in my American identity, creatures I’ve been enthralled with since I was two years old, who have defined me, sometimes the feeling of being in a world in which I do not belong creep up.

In those moments when I feel as though I don’t belong to these creatures, my interloper’s thoughts are stilled by one important fact: The horses don’t care if your name is Ralph or Ralphie. Or Shylock. Or Yehuda.

I present it as a psychological victory.

Sarah Maslin Nir is the author of “Horse Crazy: The Story of a Woman and a World in Love with an Animal.” She is a staff reporter for The New York Times and was a Finalist for the 2016 Pulitzer Prize for “Unvarnished,” her more than yearlong investigation into New York City’s nail salon industry.

How a Holocaust survivor’s daughter found a passion for horses