What to watch if you’re quarantined with coronavirus 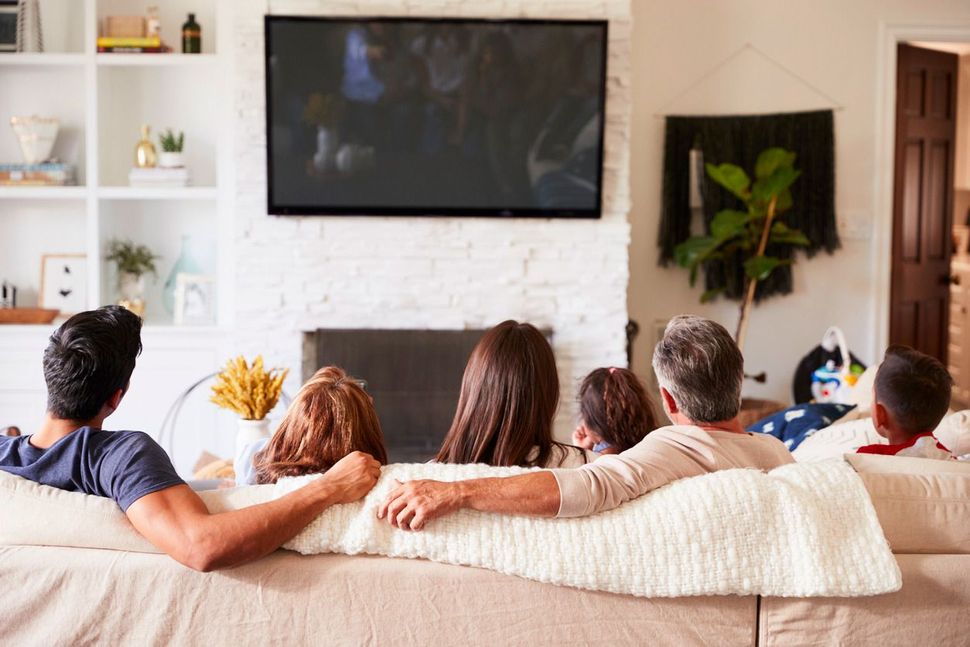 If you’re staying home, you can at least consume some quality television. Image by iStock

With coronavirus cases on the rise and over 2,000 people in quarantine in New York City alone, it’s looking increasingly likely that many of us will have to spend some quality time at home in the next few weeks. Wondering how not to go crazy while eating canned goods in your closet-sized bedroom?

The answer, obviously, is TV.

There’s a lot out there to watch, but we’ve rounded up some of the best movies and shows streaming now, and we’ve organized them as Jewishly as possible: based on how much, and about what topics, you’d like to worry. Stay calm, stay stimulated, and wash your hands! (Don’t touch your face!)

If you want to worry about nothing at all:

Netflix has finally ventured into reality TV, and the result is a show that is virtually indistinguishable from SNL skits about this show. If you need to feel superior to someone even though you stocked up on all the wrong foods, this is the one for you.

Whether you’re a connoisseur of Jane Austen’s unfinished works or a connoisseur of empire-waist dresses, there’s something for everyone in Masterpiece Theater’s hottest new release (yes, I am saying “Masterpiece Theater’s hottest new release” in earnest, not as an oxymoron). Going to the spa right now is probably a bad idea, but you can pretend you’re in a fashionable 19th-century spa town.

Starring Akwafina, this indie feel-good film centers around a Chinese family uncertain how to tell the matriarch that she’s dying of cancer. At one point, the matriarch in question tries to marry off her granddaughter to an emergency room doctor, a scene with which many Jewish mothers and daughters will be able to identify.

I was unfamiliar with Netflix’s eight-part cheerleading documentary until an acquaintance informed me it was “very much part of the zeitgeist at the moment.” Now I have spent several hours watching athletic college students do unbelievably dangerous things with their bodies. Is it a good show, or am I just insecure about my understanding of the zeitgeist? We’ll never know. But worrying about a teenager’s backflip technique is better than worrying about your own handwashing technique.

It’s basically King Lear, but with more sex and a super chic Everlane aesthetic. Focusing on a set of venal siblings fighting tooth and nail to cut each other out of Daddy’s will, this series allows you to imagine a world in which you don’t have to quarantine because you’re already shielded from the infected proletariat by your yacht/country club/penthouse/mansion. Happy watching!

If you want to worry about something else:

I watched Parasite for the first time just as New York City reported its first cases of coronavirus, and I’m happy to report that it provided a welcome respite from worrying what will happen when the mini glitter hand sanitizers my mom mailed me run out. Stay awake at night thinking about class conflict, not coronavirus.

Why worry about getting sick when you can worry about the slow decline of American manufacturing, the hollowing out of the middle class, and its implications on the future of democracy?

When his son falls victim to opioid use, a pharmacist takes on the drug industry, the FBI, and a pill mill in his own town. The opioid crisis is a public health issue that started long before the advent of coronavirus and will probably outlast the virus — this Netflix docuseries will help you understand its origins and the policy changes needed to ameliorate it.

Several Forward staffers clutched the armrests throughout this much-lauded, Oscar-snubbed Safdie brothers film. You absolutely will not be able to think about coronavirus while you watch Adam Sandler destroy his life in dozens of completely avoidable ways. Bonus points for Idina Menzel as a Jewish mom who can still fit into her bat mitzvah dress.

The Plot Against America

Set to premiere on March 16, this miniseries adaptation of Philip Roth’s 2004 speculative novel explores what might have happened if xenophobic and anti-Semitic aviator Charles Lindbergh become President on the eve of World War II. The series, which focuses on a Jewish family much like Roth’s own, takes place in the 1940s, but these days it may not feel very speculative at all.

This film tackles one of life’s most universal questions: should a wealthy family of the creative class be based out of New York or Los Angeles? Exploring this conundrum is definitely worth its budget and several hours of your time.

And, if you want to worry about disease and the collapse of society:

Almost a horror movie but not quite, this Soderbergh film sent audiences into a handwashing frenzy when it released in 2011. Today, it probably plays as large a role in the public’s understanding of disease prevention as the CDC’s best-intentioned bulletins on how to wear a mask over your facial hair. Come for the infected bats, stay for Matt Damon playing a mournfully earnest American dad.

Color Out of Space

We don’t know which part of this movie is most freaky: that lilac aliens are invading the American heartland, that the earnest American dad is played by Nicolas Cage and not Matt Damon, or that one subplot involves a mother literally trying to suck her children back into the womb. If you’re looking for a doomsday film inflected with Rothian attitudes towards women, this one’s for you.

This Netflix documentary traces the infamous 1918 outbreak of Spanish Influenza, which killed up to two million people worldwide, and to which many are now comparing coronavirus. The good news? According to the series, studying Spanish Influenza gives us the tools to prevent future outbreaks — if only we choose to act on them.

If you’re tired of being cooped up in your apartment, you may take perverse pleasure in imagining a post-apocalyptic future in which you and a handful of other survivors can roam the city at will. The best part of this movie, besides Will Smith as a loving and responsible dog owner, is the part where he instructs fellow virus survivors to meet him at the South Street Seaport — even after the apocalypse, people are still tripping over those cobblestones in order to see and be seen. 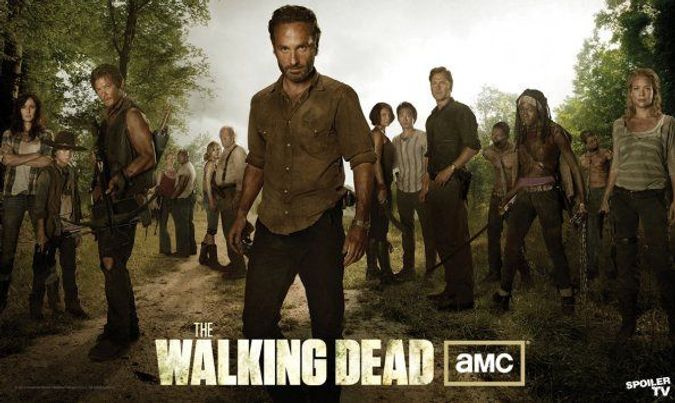 The Walking Dead. Image by AMC

Ok, this one isn’t technically about a virus. But it will allow you to fantasize about starting a beautiful post-apocalypse family with Andrew Lincoln. And it will take up a lot of your time.

Irene Connelly writes about culture and lifestyle. You can contact her at [email protected]

What to watch if you’re quarantined with coronavirus