How a simple prayer of thanks has taken on new meaning 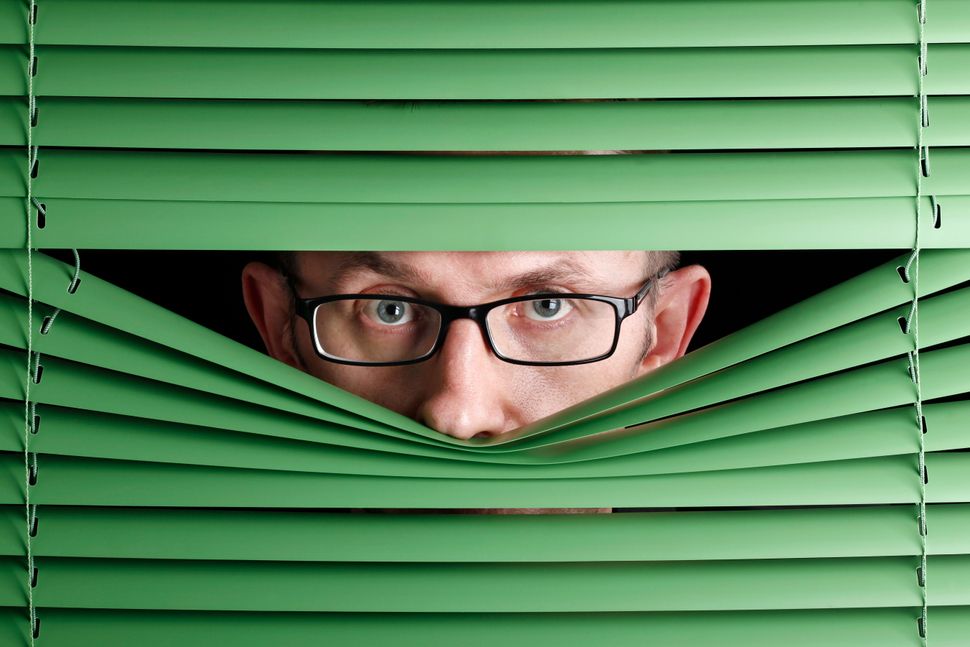 Man looking out of his shutters Image by iStock

As soon as I awake these days, before I am even fully conscious, I take stock of how I am feeling. In that twilight state between sleep and wakefulness, I automatically take inventory: Do I feel feverish? No. Do I have flu-like aches, or that all-around crappy feeling of being attacked by a virus, any virus? No. Does my throat hurt? No. Am I short of breath? No.

Throughout the day, I repeatedly take stock of how I am feeling. I have not had a single moment so far during which I have felt like I may be getting sick. I’m not surprised by this: I am living almost entirely in self quarantine. Except for near-daily walks through town — in which I steer clear of anyone on the sidewalk, walking out in the street if I have to, walking on the other side of parked cars, in traffic, where I put my life in jeopardy by risking a collision with a motor vehicle rather than breathing in potentially deadly vapors from an unwitting pedestrian – I go nowhere and see no one.

I haven’t been in a store since last Friday, when my fear of contracting COVID-19 so overwhelmed me that I had a panic attack, broke down in tears, lost my religion, ran home, stripped off my clothes, threw them in the washing machine, and threw myself into a long, hot shower. I’m in no hurry to go shopping again. Apparently, stores here aren’t even open anymore — not open in the sense where you walk inside and select your items, bring them to the cashier, and pay for them. From what I have gathered, the few shops that remain open are taking orders online or by phone for curbside pickup. I haven’t done that yet, and I’m not even sure that I trust that method, now that we know that the virus lives on surfaces for days at a time.

For the time being, I am upstate, in Hudson, while my wife remains in New York City. That “time being” could well turn into weeks, even months. We have always been in touch when we are apart multiple times a day via text and email and the occasional phone call. Now we’ve added a FaceTime visit with each other to our daily routine. Our second wedding anniversary is just two weeks away; we certainly won’t be together to celebrate, but we’ll come up with some way of marking the day, even though we will be separated by 120 miles. Love knows no physical bounds, especially during a pandemic.

I talk to my daughter — who is safely ensconced with her black cat in a studio apartment in Midwood, Brooklyn, where she is taking the rules of social distancing very seriously — every day on the phone. I talk on FaceTime with my son — a touring musician who has been grounded and remains at home in his apartment in the Glendale neighborhood of Los Angeles — about every other day. (He posts long videos to his large following on social media, sometimes of him making coffee, sometimes of him making music, and those videos feel almost like I’m visiting with him.)

I talk to a few other friends now and then on the phone, although those calls have been dwindling as we are all running out of things to talk about, since we are all pretty much doing nothing besides coping. I don’t even see my neighbor who lives in the apartment across the hall, not because we are doing the New York City “I don’t know you and I never want to know you” thing – in fact, we are friends – but because we recognize the seriousness of the rules of social distancing. We communicate via text message or this new thing my neighbor introduced me to called Slack. Or, as I like to think of it in the time of pandemic, Gimme Some Slack.

As a loner and an introvert and a long-time worker-at-home, I don’t find the self-quarantine thing oppressive at all. Frankly, it’s my preferred way of being, my go-to, my default. Even in normal times, I can go days without talking to or seeing anyone — and, I confess, without even leaving my apartment. I’m probably getting out more these days, for that once-a-day, curative perambulation, than I necessarily would otherwise.

In traditional Judaism, upon awakening one says the Modeh ani, a prayer of thanks that acknowledges the little death that is sleep and the blessing of having one’s soul returned to one’s body in the morning, being given another day of life. Our first conscious moments are spent giving thanks for the gift of life when we say, “You have returned my soul within me with compassion.” I marvel once again at the wisdom contained in our tradition, how it recognizes our fears and our frailties and incorporates those into our daily practice and our daily liturgy. It’s a very short step from my very human, liminal-state inventory of my physical being in the time of pandemic to the Modeh ani.

And as if any more connection is needed to shed light on the profundity of our simple, daily practices, after the Modeh ani one immediately goes to a washbasin and pours water over each hand three times — for approximately the length of time it takes to sing the “Happy Anniversary” song.

How a simple prayer of thanks has taken on new meaning