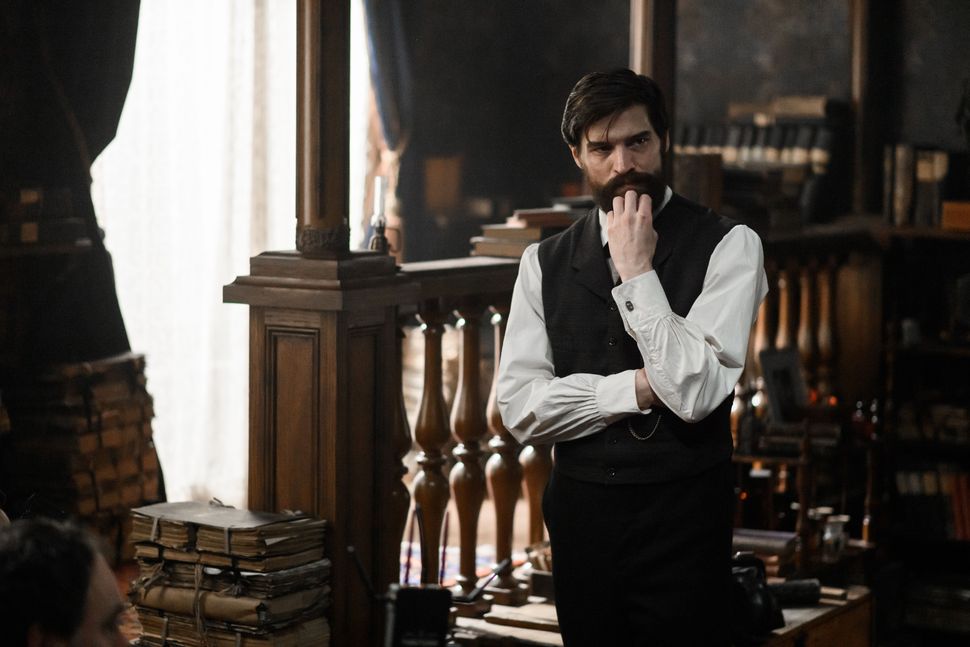 Welcome to your daily distraction, our recommendations for ways to stay engaged and entertained while we socially distance ourselves to combat the novel coronavirus outbreak. You can find our past recommendations here; many of the opportunities we’ve highlighted are ongoing.

Greetings to you from my home office. Judging by Twitter — the 21st century town crier — New York is shortly to become an independent sovereign nation ruled by Andrew Cuomo, Baby Yoda has been all but forgotten and everyone is learning a dance to that song by the Weekend that I think sounds like “Boys of Summer.” The world is upside down; here some things to distract you for the week ahead.

A show where the young father of psychoanalysis gumshoes his way through the ink-black cobblestones of late 19th century Vienna to solve seedy murders while hopped up on cocaine is so my bag. Judging by early response to the absolutely bananas Netflix series “Freud,” I’m not alone. The German-language show has Siggy Freud (a smoldering Robert Finster) teaming up with a haunted Hungarian medium (Ella Rumpf) as he refines the theories that will one day make him a household name. Come for the lavish, moody period sets and stay for the ahistorical cameos by figures like dramatist Arthur Schnitzler (who never met Freud in person, but is his best bud in the show)! If you’re a fan of bleak-as-they-come crimes with a soupcon of the occult, this one’s for you. But it is creepy; you may need to speak to your analyst about it afterwards.

2) Read, watch and listen to one of the greatest riffs on Roman history ever produced

Robert Graves’ 1934 novel “I, Claudius” may be the greatest work of historical fiction ever written. The 1976 TV adaptation — with a young Derek Jacobi as the titular Roman emperor — is also up there in terms of greatness. You can watch the show on Amazon Prime and buy the book on Amazon. But your exploration of the life of this oft-neglected leader need not stop there. This is 2020, so of course there’s a podcast: “I, Podius,” hosted by John Hodgman (the PC guy from those Mac commercials and honorable host of the popular pod “Judge John Hodgman”) and Elliott Kalan (former “Daily Show” head writer and co-host of “The Flop House,” a podcast about bad movies). The 12-part podcast recaps the BBC series and is not done yet, so you have plenty of time to catch up. And if you run out of Claudius material, you can always do like Graves did and revisit the source: Suetonius and Tacitus.

3) Bring back the lost art of letter-writing

When was the last time you put pen to paper to write a thoughtful missive to a friend or relation? If you’re like me, it has been quite a while — that’s what texts are for! But there’s something about a letter, handwritten, considered and intimate that has the power to express what an email or phone call can’t convey. In times like these, when we’re more plugged in than ever, a letter can serve as both a change of pace and a kind of therapy, helping you to think things through and to catch up not just with someone else, but yourself. If there’s someone you lost touch with, why not start a correspondence? They’ll be happy to get mail that isn’t junk — a novelty — and you, in turn, can look forward to their response.