For lifelong scholar Carl Rheins, nothing Jewish was alien 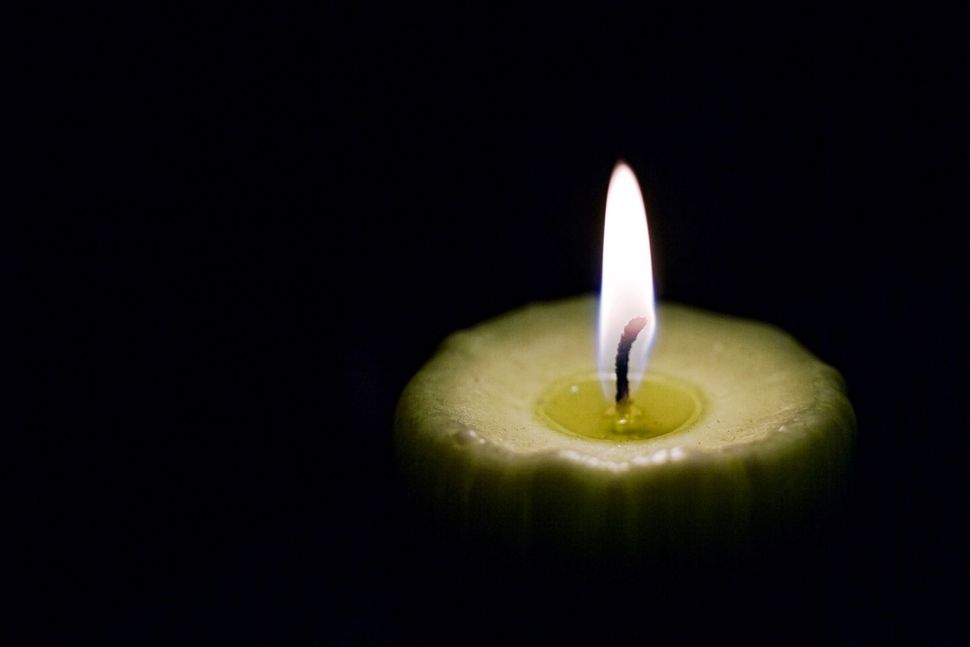 Carl Rheins, who died on March 30, began his “Jewish Almanac” (1980) coedited with Richard Siegel, with a quote from Franz Rosenzweig: “Nothing Jewish is alien to me.”

The almanac’s subject matter ranged from Regina Jonas (1902-1944), the first woman to be ordained as a rabbi, who was murdered at Auschwitz, to such comparatively light-hearted fare as why American Jewish immigrants liked to drink seltzer water.

The book’s sheer variety and reliability led it to be listed in bibliographies of popular histories by authors such as Stephen Birmingham, and Rheins might be said to have adopted Rosenzweig’s maxim as a professional adage.

Born in 1945, Rheins was acutely aware of the history of Jews in modern Europe, having earned a Ph.D. in the subject from Stony Brook University. His thesis (1978) on “German Jewish Patriotism from 1918 to 1935” examined the dangers of excessive assimilation in four Jewish nationalist groups that were “eager to demonstrate that they were patriotic Germans… these organizations were prepared from the outset to impress right-wing, at times downright anti-Semitic, circles in order to be accepted as equals” in Germany. 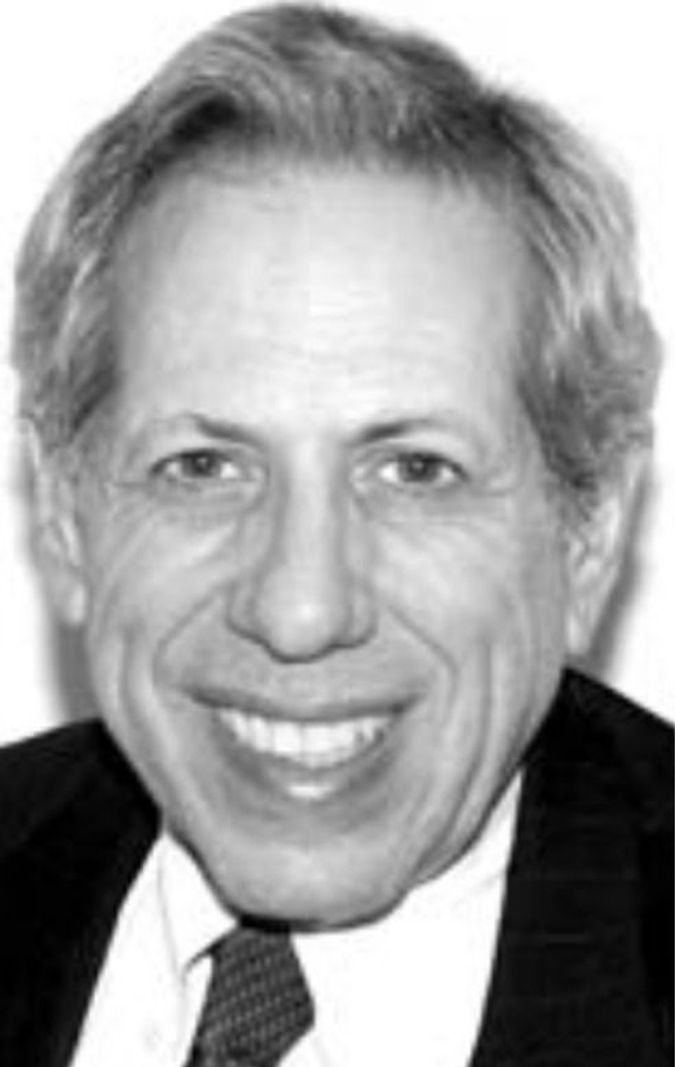 At least one writer, Donald Niewyk carped that Rheins “oversimplifies somewhat,” but the vast majority of historians and biographers were respectful of Rheins’ diligent research.

This background as an impactful historian made Rheins an ideal new Executive Director of the YIVO Institute for Jewish Research in 1999. He was soon busy with a thorny dossier, requesting reparations for deposits made into Swiss banks by victims of Nazi persecution before and during World War II. Swiss financial institutions had been found guilty of collaborating with and aiding the Nazi regime by knowingly retaining and concealing assets of Holocaust victims, and laundering illegally obtained profits from slave labor.

As the historian Dan Rabinowitz detailed, Rheins addressed repeated missives to the pertinent authority for Swiss Bank Claims,, arguing that YIVO, which had lost much of its historical collection during these years, would be a fitting recipient for support.

Subsequent YIVO activities included a 2003 symposium on Lithuania and the Jews. at the United States Holocaust Memorial Museum Center For Advanced Holocaust Studies.

As Rheins noted in a foreword, “For decades, Holocaust scholars primarily focused on the source materials and documentary records produced by the perpetrators. Jewish source materials that survived were generally underutilized. As a result, the victims tend to be depersonalized in much scholarly output on the Holocaust. The victims’ perspectives are important to consider, however. Can we presume to study the Holocaust without examining the language, society, history, and culture of European Jewry?”

Following this ideal, Rheins collaborated with the academic publisher Brill to make available an extensive collection of Nazi Propaganda Periodicals in the Library of the YIVO Institute for Jewish Research.

In 2005, one of the most personalized Holocaust stories was revisited when a volunteer YIVO archivist, Estelle Guzik, unexpectedly identified letters from 1941 in which Otto Frank had tried to obtain visas for his family, including his daughter Anne, to escape to the United States or Cuba. YIVO prudently kept the discovery quiet for 18 months while exploring the legal and copyright ramifications, insofar as Anne Frank’s legacy is zealously guarded by two rival organizations in the Netherlands and Switzerland.

Less overtly sensational, but comparably useful for historical research, in 2008 YIVO and the Columbia University Libraries launched an initiative to preserve South American Yiddish newspapers and make them accessible to scholars, researchers, and students.

That same year, bad health compelled Rheins to assume the title of Executive Director emeritus, but he continued to express himself on Jewish historical topics, producing tactful reviews for the Jewish Book Council website, including one of the kitschy romance novel “The Tattooist of Auschwitz,” With admirable restraint, Rheins opined about “Tattooist” in 2018: “The early positive response that the novel has received has less to do with Morris’s prose than with the story itself. Morris is not a historian, and her attempts to mesh history and fiction are not always successful. Still, the powerful story she tells differs sharply from other sto­ries of Auschwitz sur­vivors, not least due to her decision to present morally com­pro­mised victims as heroes.”

About the more reputable journalist and biographer Caroline Moorehead’s “Village of Secrets: Defying the Nazis in Vichy France,” Rheins complained in 2015: “In several places Moorehead refers to “Israel” when she means British-controlled Palestine. Moreover, one of the major archives that Moorehead consulted was the YIVO Institute for Jewish Research in New York, not “YIVA.” This is no small error considering that YIVO holds the major collections of the Jewish Organisation de Secours aux Enfants (OSE), a long standing children’s relief organization that worked closely with the residents of Le Chambon to smuggle Jewish orphans to Switzerland and Spain.”

In 2015, Rheins spoke at The Chatham Synagogue at a preview of a documentary film for which he had served as consultant, “Above and Beyond,” about Jewish American pilots who served in Israel’s War of Independence.

In many ways, Rheins’s lifetime of service to Jewish history was above and beyond what might be expected, even of dedicated professionals. His perennial optimism was reflected in short articles in the YIVO News during his directorship. In the summer 2000 issue, Rheins reflected that “although undergraduate Yiddish enrollments have remained flat during the past decade, the number and quality of doctoral dissertations in East European Jewish Studies have increased steadily, further ensuring that a second generation of American-born scholars of Eastern European and Yiddish Studies will soon be prepared to take their places in university classrooms throughout the United States and Canada.”

In YIVO News for Winter 2001-2002, he reacted to the September 11 attacks with fortitude, observing: “With our home at the Center for Jewish History located less than a mile from the World Trade Center, many staff members personally witnessed the destruction of the WTC. Perhaps because so many are veterans of the Israeli, Soviet and other armies, our staffers responded with great composure and discipline.”

Rheins concluded: “There has been too much destruction of things of importance. Now, as we learn from the Festival of Lights, we must remain, like the Maccabees, strong, steadfast, and vigilant.”

More than a mere exhortation, this was genuinely the way this exemplary scholar and author led his life.

For lifelong scholar Carl Rheins, nothing Jewish was alien