Why seders could be more meaningful this year

Matzah on a seder plate Image by ISTOCK PHOTO

In a normal year, right about now, Jews worldwide would be boarding planes and finalizing plans to host our extended families and friends for Passover seders where we come together to retell the biblical story of our ancestors’ exodus from slavery in Egypt to freedom.

In the era of COVID-19, however, such gatherings are a threat to public health and a serious violation of Jewish law, which prioritizes the preservation of life. As we scramble to organize seders over Zoom, already missing our loved ones and fretting about how to convey cherished family rituals through a screen, we may be feeling dismayed about the prospect of a holiday celebration that feels like a serious departure from Jewish tradition.

But I’d like to suggest that just the opposite is true: that this year’s online seders may actually be a deeper, more powerful expression of our tradition, breathing new life into the Passover story and highlighting its relevance in our time.

First, it’s easy to fall into a seder rut, doing it the same way year after year in the name of tradition. But the script we use to conduct the seder, the Haggadah, explicitly states that those who elaborate on telling the Passover story are worthy of praise. A seder isn’t supposed to be a rote exercise with each of us awkwardly reciting our lines and counting the minutes until we get to eat dinner. We’re supposed to retell this story in our own words with whatever means we have at our disposal.

That is exactly what we’re doing as we email and download Haggadahs and figure out creative ways to use Zoom backgrounds (perhaps a different one for each plague?) and chat functions (so we can still interrupt each other). One friend of mine is turning the hunt for the Afikomen into a game of 20 questions: She’ll hide it in her home, and the children will have to ask questions that lead them to where it is (Is it under something? Inside of something? On a shelf? Etc.) This year, we cannot merely go through the motions. Simply conducting a seder at all requires us to elaborate. 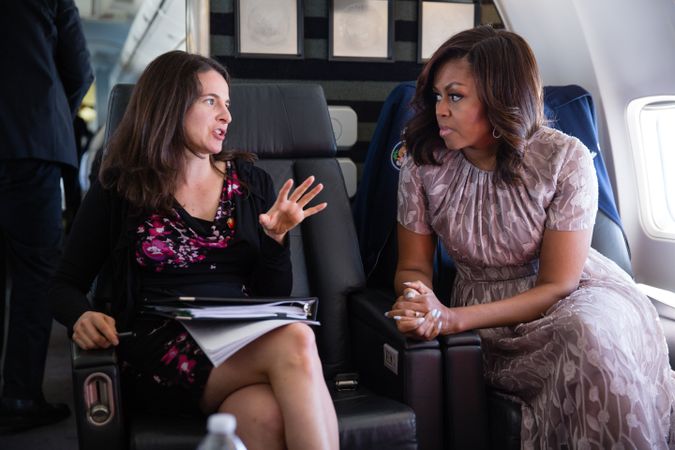 Second, too often Passover becomes a simple celebration – all about liberation, good food, and quality time with family. But the Haggadah doesn’t just describe the Israelites rejoicing at the other side of the sea. It lays out a journey, one that starts in the horror and despair of slavery.

In fact, the Haggadah almost seems designed as a kind of trauma narrative. It’s not a clear retelling of biblical events. Rather, it’s a disjointed collection of texts interspersed with poignant details (“The children of Israel groaned under the burden of work, and they cried out”); varied sensory experiences involving tasting and touching specific foods to evoke painful historical memories, as if to flood our senses; and present-tense language telling the story as if we are currently in it, much like experiencing a flashback (“Now we are here; next year in the land of Israel. Now – slaves; next year we shall be free”).

If you didn’t already know the plot of the exodus story, I’m not sure you would be able to piece it together by reading a traditional Haggadah. But the goal of a seder isn’t simply to ensure that we know the story, but that we feel it. And this Passover, as we endure the fear and grief wrought by a global pandemic, we’re more open to feeling the entire story of our ancestors: not just the joy of freedom, but the agony of oppression and being at the mercy of forces beyond our control.

Finally, this year, we have a unique opportunity to reflect on one of the core messages of the exodus story – one that is often overlooked at our seders: the power of human decency and responsibility.

Traditional versions of the Haggadah focus on an all-powerful, supernatural God who sends the plagues and splits the sea. But that’s an oddly edited version of the actual biblical story. The book of Exodus also features a number of human characters who choose to commit acts of staggering courage and righteousness.

The midwives who deliver baby Moses defy Pharaoh’s instructions to kill newborn Israelite boys. Moses’ mother, while following the letter of Pharoah’s order to drown Israelite babies in the Nile, subverts its purpose by placing Moses in a protective basket that keeps him safe. Pharaoh’s daughter rescues Moses, knowing full well that he’s an Israelite baby, and she has the audacity to raise him in her father’s household, breaking his law right under his nose. Moses’ sister, Miriam, has the chutzpah to approach this Egyptian princess and convince her to hire Moses’ own mother as a wet nurse. And Moses himself – albeit reluctantly – answers the call to rescue his people.

The real exodus story is not only a tale of divine intervention, but of the kind of human compassion, civil disobedience and heroism we’re seeing every day during this pandemic: in scientists who risked their jobs to warn us about the virus, medical professionals risking their lives to treat it, and individuals and organizations rushing to help those most affected.

Of course, even the best virtual seders won’t be the same as those we’ve held in person. We’ll miss the warmth of human presence – the clamor of a full home, the hugs and kisses, the side conversations catching up after so many months apart.

But this year, as we come together using technology our ancestors could never have imagined, we should rest assured that we are honoring their stories and our traditions, maybe even more so than in years past.

Sarah Hurwitz is the former head speechwriter for First Lady Michelle Obama and author of “Here All Along: Finding Meaning, Spirituality, and a Deeper Connection to Life – in Judaism (After Finally Choosing to Look There).”

Why seders could be more meaningful this year