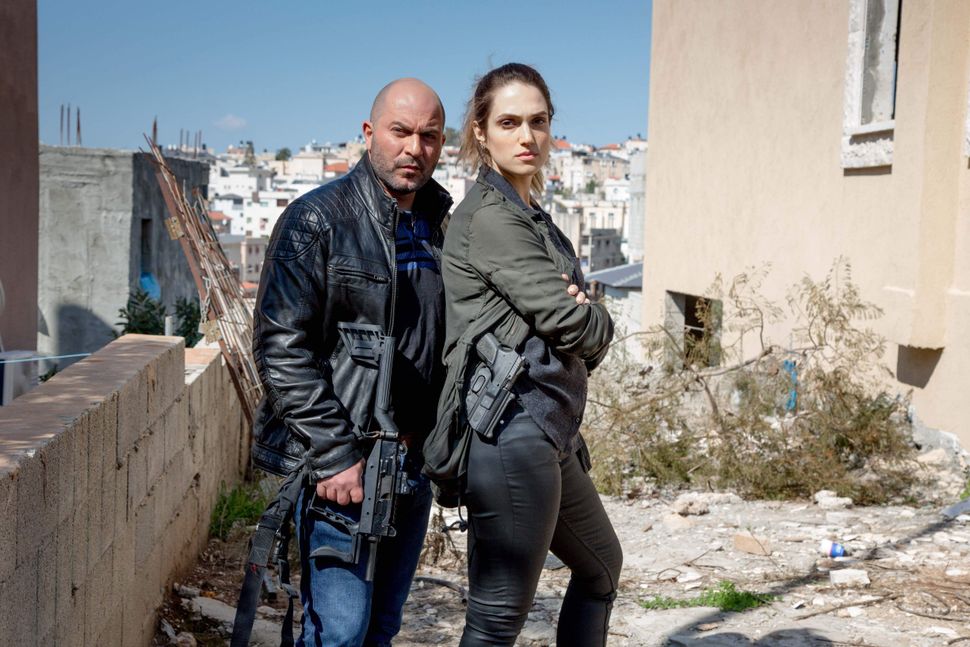 If you follow “Fauda,” you know there are precious few constants in the lives of the characters. Refreshingly, the same goes for the show’s storytelling.

With years-long gaps in production and a different players for each season, we find the central characters — elite soldier Doron and his team of undercover IDF operatives, known as Mista’arvim — in different places each time we pick up the plot. But one thing remains the same, to paraphrase that old chestnut from “Godfather Part III”: Just when these fighters think they’re out, they’re pulled right back in. They can’t help themselves.

In season three, which debuts on Netflix on April 16, Doron (series co-creator Lior Raz) is living in South Hebron under the alias Abu Fadi. He’s been there six months, working as a boxing coach for a young, guileless man named Bashar (Ala Dakka). Bashar — whose father, Jihad Hamdan (Khalifa Natour), has spent 20 years in jail for his involvement with a Palestinian terrorist cell — is understandably in search of a father figure, a role that Doron comes to fill while accepting him as something of a surrogate for his own son.

Shortly after Jihad is released from prison, Doron’s precarious situation devolves as his unit discovers that Bashar’s cousin helped smuggle Hamas commandos into the West Bank. Spoilers: Hamas blows Doron’s cover and Bashar, suspected of collaborating with his onetime mentor, is forced to prove his loyalty to his cousin’s efforts and his father’s history. From here the season moves to Gaza — dreaded by the Doron’s compatriots as a “hellhole” where they’ll have limited control and, if discovered, potentially ignite another intifada. But although the change of scene yields some of the series’ best moments of choreographed chaos, it ultimately proves too tidy, with the crew seemingly no more imperiled in Gaza than they were in the relatively controlled conditions of the West Bank. (In fact, Doron’s unit appears to have been much better at getting captured by terrorists closer to home.)

One drawback of that tidiness: the show’s portrayal of Gaza is almost maddeningly politically agnostic, candidly presenting the setting’s abject poverty but splitting the blame for it between Hamas and Israel. Hamas shuts the city down with roadblocks; Israel turns off the power grid. This tracks with reality, but, in opting not to interrogate the reasons for Gaza’s dire straits on both sides, the show fails to make the setting much more than an exotic detour from the usual stomping grounds.

A notable exception to this approach is the instance of a Gazan journalist, an innocent who becomes entrammeled in Doron’s plans and lives like everyone else in the region: without clean water at night, and with intermittent enforced blackouts. He’s the only resident we spend much time with who’s not involved with Hamas, and so his bleak reality stands in for that of the many other innocent Gazans affected not just by their ruling government but also Israeli forces. Doron may not fully appreciate the trail of blood his line of work brought into this man’s living room, but the viewer does, and sees it everywhere he goes.

The journalist is an incidental casualty, and incidental trauma is what this season’s all about.

We see it in Bashar, who, as a result of Doron’s undercover work and his father’s past, is reluctantly compelled to follow the path of extremism. We see it in Doron’s strained relationship with his son, Ido, who refuses to meet with him even at social worker-supervised visitations. It’s there with series favorite Steve (Doron Ben David) who, afraid of new fatherhood, becomes leery of his postpartum wife’s behavior while he’s in the field. The psychological tax imposed on the class of undercover soldiers, with their constant changes in uniform, is particularly present in the sudden aggression that Sagi (Idan Amedi) starts to show with civilians. (That thread is dropped quickly, but still tells an evocative tale.) Survivors’ guilt and the emotional extortion of terrorists’ families also loom large. But the issue of how the whole morass affects everyday people, like our Gazan journalist, is shown only in sidelong glances.

The show remains, above all, about fighters and their families. When it comes to them,“Fauda” still excels in its consistent, action-based character studies. Throughout, it implies that the harm created by the conflict can be boiled down to the temperament of its combatants.

Doron, as in previous seasons, continues to go rogue, flouting orders and exposing those around him to risk as he pursues Bashar. That chase provides a rare moment of introspection, as Doron comes to terms with the fact that the young man was a monster of his own making. The tragedies Bashar endures and inspires all lie at his own feet.

But that doesn’t stop Doron from shifting the blame, lashing out at his new lover Hila (Marina Maximillian), the head of the Shin Bet’s Gaza desk. When he accuses her of placing them in danger to pursue her longtime Hamas boogeyman, Hani Al Jabri (George Iskandar), she puts things into perspective for him. She made her monster too, with Al Jabri, and has to apprehend him. It comes with the job.

“People like us get no absolution,” she tells Doron. Those they hurt won’t forgive them, no matter how much they own up to the damage they cause.

After all his licks, the end of this season shows Doron close to defeated and forced to confront what makes him a good soldier: the same risk-seeking quality that gets him into trouble.

When Steve — who left for the Gaza mission at a moment’s notice — challenges Doron’s recklessness in the field, Doron has a telling response. And he rightly applies it to the entire squad, who, no matter what the dangers, end up heeding the call.