After the Holocaust, incalculable losses and jaw-dropping discoveries 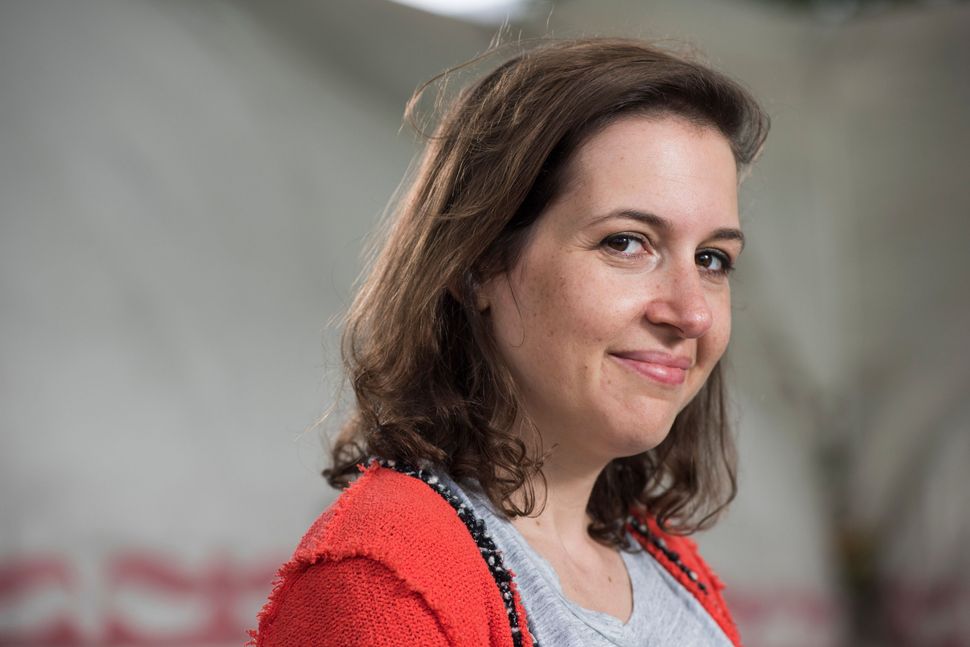 House of Glass: The Story and Secrets of a Twentieth-Century Jewish Family

The most vivid of the characters striding through Hadley Freeman’s “House of Glass” is Alex Maguy, whose very surname is pure self-invention. Freeman’s swaggeringly self-confident great-uncle founded a fashion house and an art gallery, befriended Picasso, and joined the French Resistance. He was, Freeman writes, “small, bald, and tough like a bullet.”

But equally memorable, in a quieter way, is Freeman’s insistently French grandmother, Sala. She abandoned her fiancé, her artistic aspirations, and the city she loved in hopes of saving her family. Instead, she created a new one, while never managing to slough off her sadness.

The sacrifices and losses of Holocaust survivors and refugees impelled many of them to silence rather than witness or complaint. As they aged, some finally recounted their memories. In other cases, it has fallen to children or grandchildren to reconstruct those personal histories, drawing on whatever scattered evidence remains.

In “House of Glass,” Freeman, a columnist for The Guardian, manages that feat with an impressive mix of love and detachment. Aided by her father, she offers an intimate account of the Glass family and other relatives as they wrestled with exile, anti-Semitism, and ambitions both thwarted and achieved.

Though Freeman makes the expected pilgrimages to key sites and reveals her own struggles with anorexia, she mostly stays in the background. Aiming for something approaching objectivity, she sifts through family myths for facts, and contextualizes those facts within the larger sweep of 20th-century history.

But her narrative, pivoting among family members, also is imbued with a generosity and empathy that they too often denied one another. Alex, in particular, strongly disliked both of his sisters-in-law, and carried those outsized grudges to the grave. Freeman’s own hobbyhorses are mostly inarguable: She notes the dilemmas posed by assimilation, the persistence of anti-Semitism, and the special difficulties entailed in researching the lives of women, whose deeds often weren’t captured in archival records.

Freeman’s inquiry begins with the discovery of a shoebox containing some of her grandmother’s most valued possessions: family photos, newspaper clippings, documents, and, most intriguingly, a drawing inscribed by Picasso. Another great find, Alex’s unpublished memoir, supplies details of the family’s origins in Galicia, in present-day Poland. Suitcases crammed with letters and documents belonging to Henri, the oldest Glass brother, and interviews with Freeman’s father, uncle, and various cousins also are important sources.

Freeman reports that she was never really close to her grandmother, who died when she was 16. “I was ashamed of how I’d pushed my grandmother away,” she writes, “and that I’d never asked my French relatives about their pasts when they were all alive.” Starting with only the barest outlines of their stories, she constructs a history that moves “beyond the personal past to the political present….”

Freeman’s paternal great-grandparents Chaya Rotter and Reuben Glahs were, she writes, “a deeply unlikely couple” whose marriage “was less than blissful.” They lived in the shtetl of Chrzanow, then part of the Austro-Hungarian Empire. The scholarly Reuben was terrible at making money, and his children were chronically hungry. As World War I ended, amicable relations with Polish neighbors gave way to pogroms.

Reuben, who had suffered a poison gas attack while serving in the Austro-Hungarian army, never fully recovered and died in 1925. By then, the family was already fracturing. The eldest brother, Jehuda, who would rename himself Henri, was studying in Prague; Jakob (later Jacques) and Sender (who would become Alex) had followed their cousins, the Ornsteins, to Paris. Chaya and Sala (who, for a time, called herself Sara) would follow.

Alex, energetic and ambitious, slogged his way towards success as fashion designer. Early on, he met Marc Chagall, who introduced him to other Jewish immigrant artists. Later, he palled around with a young Christian Dior. Sala studied fine art, worked as a pattern maker, and exulted in Alex’s success. “The only person who was more proud of Alex than Alex himself was his sister,” Freeman writes.

Ironically, it was Alex who would rip Sala away from her beloved Paris. Though she was engaged to a Jewish dental student, Alex introduced her to a Yiddish-speaking American visitor, Bill Freiman (who would later change his name to Freeman — more self-invention). Bill declared his love for Sala the first time they met, in 1937. She was underwhelmed, an attitude that would never really change.

But Alex insisted that marriage to Bill represented the family’s only shot at getting out of France. He also told his sister that her suitor was a millionaire in the fashion business – a lie. And so the central tragedy of her life — an act of “private self-erasure” — took shape.

Sala ended up in Farmingdale, Long Island, married to the owner of a gas station, a man unable or unwilling to pay the price of rescuing the rest of her family. So, Freeman writes, “in saving herself she lost everything that had made her life worth living.”

Soon, war was raging in Europe. Henri and his wife, Sonia, who hadn’t registered as Jews, were able to hide out in Paris during the Nazi occupation. But the more compliant Jacques was deported to a French prison camp and then to Auschwitz-Birkenau, where he was murdered.

Alex had a complicated war, involving combat with the Foreign Legion, sojourns in Cannes and the French countryside, and resistance activities. His salvation would turn out to be an old friendship with a French general high in the Vichy government who paradoxically helped Jews escape the Nazis.

Freeman, born in New York but raised in London, ends her powerful story on a mildly redemptive note. Drawn to the family business, she becomes a fashion writer for The Guardian, spending pleasurable weeks in Paris, thinking of her extended family, and especially of her grandmother. “Because she gave up everything,” Freeman writes, “I get to live her dream.”

After the Holocaust, incalculable losses and jaw-dropping discoveries