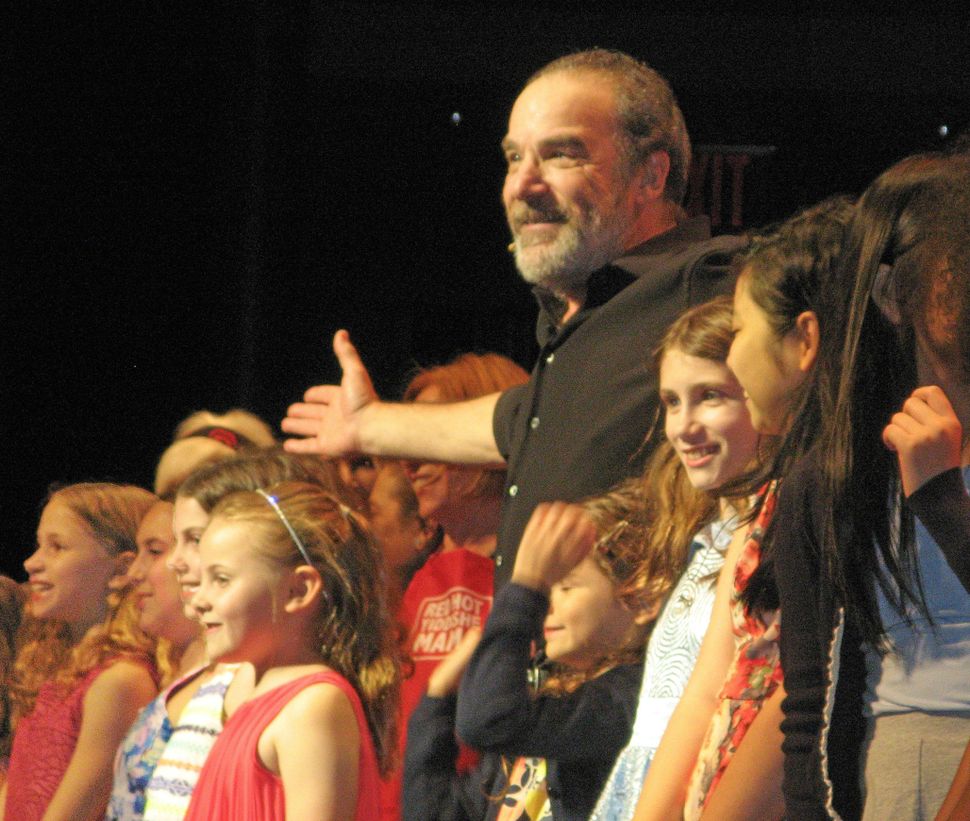 Hot off Twitter trending, “Homeland” star Mandy Patinkin is using his platform — and his considerable lung capacity — to raise awareness about climate change this Earth Day.

As part of Hazon’s #SoundTheCall campaign, Patinkin blew his shofar alongside his wife, Kathryn Grody. He was one of many who joined Hazon, the largest faith-based environmental organization in North America, in raising alarm and leading the charge of teshuva under the hashtag.

Like so many things these days, the ram horn blasts were organized via Zoom, with 700 organizations and individuals signed on for what likely makes the Guiness books for most shofars sounded at once in different locations. Because social distancing.

Patinkin’s contribution has accompaniment from his dog Becky. If you weren’t already charmed by the star of Broadway, film and TV — and why wouldn’t you be — this may have you convinced of his menschiness.

As that kid from John Mulaney’s “Sack Lunch Bunch” said, “That’s our Mandy.” Let’s repair the world by following his example.