From Boccaccio and Edgar Allan Poe, eerie portents of coronavirus 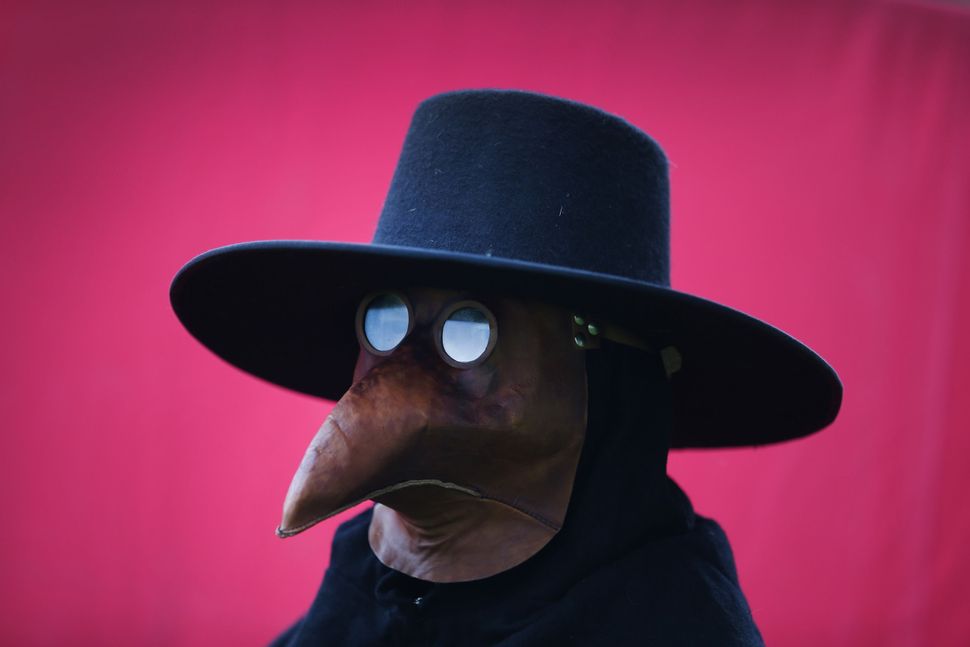 The deadly plague arrived in the noble city of Florence, Italy. It had begun in the East, where it deprived countless beings of their lives before it headed for the West, spreading ever greater misery as it moved relentlessly from place to place. Against it all human wisdom and foresight were useless.

Numerous instructions were disseminated for the preservation of health — but all to no avail. From the start of the year, the plague began producing its sad effects in a terrifying and extraordinary manner.

Against this disease the advice of doctors and the power of medicine appeared useless and unavailing. Perhaps the nature of the disease was such that no remedy was possible, or the problem lay with those who were treating it, for their number, which had become enormous, included not just qualified doctors, but women as well as men who never had any training in medicine, and since none of them had any idea what was causing the disease, they could hardly prescribe an appropriate remedy for it. Thus, very few people were cured.

Moreover, what made this pestilence all the more virulent was that it was spread by the slightest contact between the sick and the healthy. In fact, this evil went even further, for not only did it infect those who merely talked or spent time with the sick, but it also appeared to transfer the disease to anyone who merely touched the clothes or other objects that had been handled or used by those who were its victims.

The plague I have been describing was so contagious as it spread.

These things caused all sorts of fears and fantasies in those who remained alive, almost all of whom took one utterly cruel precaution, namely, to avoid the sick and their belongings, fleeing far away from them, for in so doing they all thought they could preserve their own health.

The above paragraphs are from Boccaccio’s 1353 masterpiece, “The Decameron, Day One,” as translated by Wayne A. Rebhorn in the 2013 Norton edition.

In “The Decameron,” young men and women of noble birth exchange ten tales over a ten-day period, to amuse themselves as they escape to the countryside outside of Florence to avoid the deadly 1348-1349 Black Death, or bubonic plague, which is decimating Italy and other parts of Europe.

Note how similar the details are. A deadly disease starts in the East, spreads to the West, claiming countless lives in Italy and elsewhere. No doctor can cure this ailment, no one knows its source, and it is so virulent and contagious that mere contact with one who is ill will cause the newcomer to succumb. Avoiding the one who is sick and isolating oneself is also practiced.

The similarities between the bubonic plague of 1348-1349, the year of the setting of “The Decameron,” and the current international Covid-19 plague, are striking.

During the bubonic plague, pogroms against Jews broke out all over Europe beginning in 1348 and didn’t subside until 1350. In France and Germany alone, more than 500 Jewish communities were destroyed, with unspeakable cruelty against Jews, such as communities being burned alive. The Jews were blamed — the old canard — for poisoning the wells.

Although no violence has broken out against the Jews during this pandemic, blaming the Jews has been revived. Some politicians in the Islamic world, notably from Turkey and Iran, have stated that the United States and Israel are responsible for spreading the virus; jihadists are blaming the Jews for an anti-Muslim conspiracy; and white supremacists in the United States say the Jews are spreading the coronavirus to advance their world dominance and for financial gain.

Another predictive fiction is Edgar Allen Poe’s 1842 story, “The Masque of the Red Death.” Here too, a group of some one thousand people, headed by Prince Prospero, flee a deadly plague and seek refuge in an abbey. But the Red Death gets them all anyway.

No morals or parallels should be drawn from either Boccaccio’s fact into fiction, or Poe’s fiction as fiction, except that imagination and reality can occasionally, and ironically, collide and amaze us with their coincidence.

Curt Leviant is an internationally published novelist, whose works have appeared in 10 European countries and in Israel. Erika Pfeifer Leviant has published personal opinion pieces, as articles on art and travel.

From Boccaccio and Edgar Allan Poe, eerie portents of coronavirus