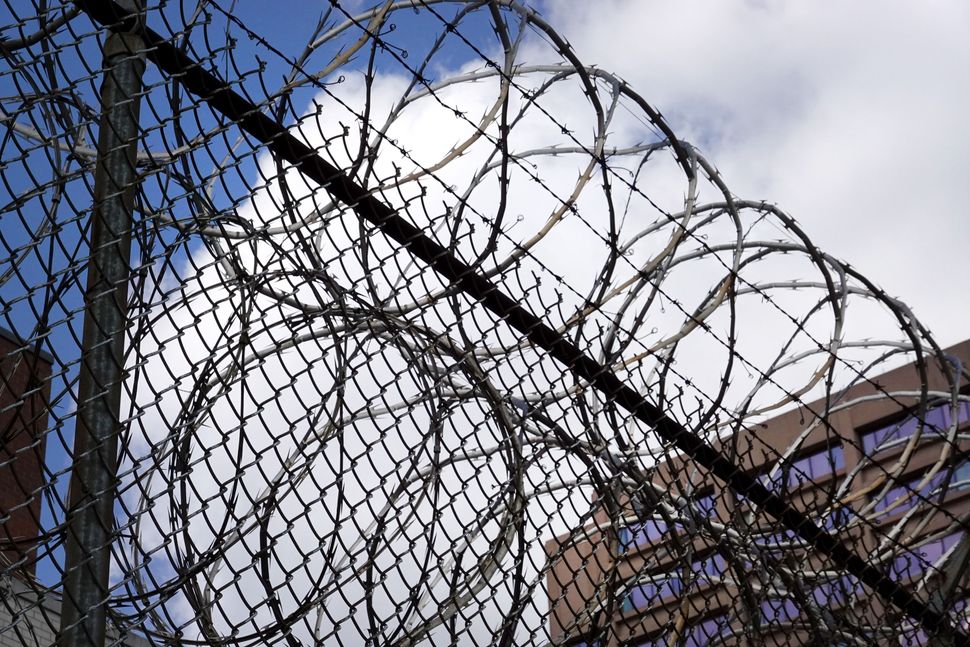 Editor’s Note: The Forward’s Youth Writing Contest is asking middle and high school students to submit essays, short stories and poems on the topic “What It Means To Be Free.” Our deadline has passed, but before we announce or winners, we’re continuing to publish the work of our young writers. Today, we’re proud to publish this short story by Madeleine Miller, a first year student at The Maret School in Washington, D.C. We’ll be publishing more exciting new voices soon. You can find some of them here.

Tami-Lynn sprinted across the prison parking lot, her belongings clutched in dirty hands. Her tangled hair streamed behind her in the wind, a faded green that had made even the most hideous inmates nauseous. Across the parking lot, Mason waited in a beat-up Chevrolet Caprice classic. Cigarette smoke wisped out of the open driver side window. Hastily, Tami-Lynn threw open the passenger side door and slid inside, tossing her clothes, keys, and wallet behind her into the back seat. 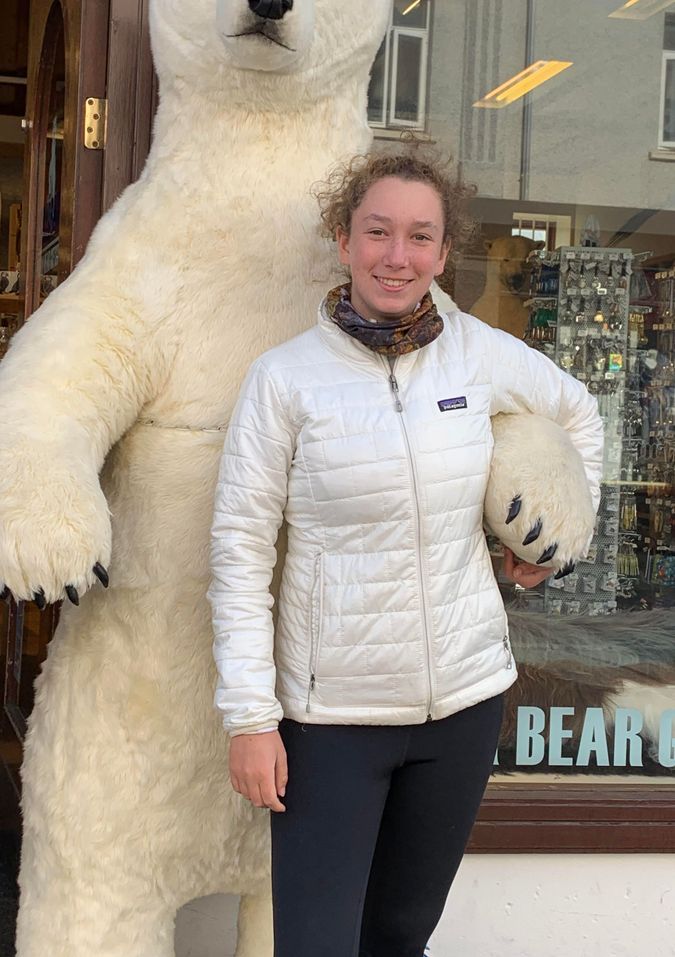 “Tami-Lynn,” Mason said gruffly. He removed his cigarette from his mouth. “You look awful.”

Tami-Lynn glared at him. He didn’t look much better — half of his yellowed teeth were missing, and he reeked of smoke and sweat. His scraggly beard was longer and more unkempt than she had remembered.

“Shut up and give me a cigarette,” she replied. She hadn’t since she got put in solitary six days ago. Mason scowled and removed a cigarette from the pack on the dashboard. It was almost empty.

“Why’d they let you out?” Mason asked as he lit her cigarette.

“Somethin’ bout a virus. I dunno,” Tami-Lynn said. Smoke trailed from her mouth.

“You mean the China virus? That ain’t nothin’ to worry about.” Mason stared at the guards on the other side of the parking lot by the jail entrance.

“If you say so. Shut up and get us out of here ‘fore they change their minds,.” Tami-Lynn punched Mason’s shoulder and he pulled out of the parking lot. She noticed a new tattoo on his forearm.

“Who the hell is Crystal?” Tami-Lynn asked.

“Nothin’,” Mason said, keeping his eyes on the road.

“If she’s nothin’, what’s her name tattooed on your arm for?” Tami-Lynn said. “Do you take me for an idiot?”

“No, no, ‘course not,” Mason replied hastily. “You were gone for a while.” Tami-Lynn shook her head in disgust.

The dingy trailer park was eerily quiet. Before she went to jail, Tami-Lynn had enjoyed watching the neighbor’s children play outside on the yellowing grass in the center of the park. Now, Tami-Lynn made out their grimy faces peering through the closed windows of the trailers. A lone man sat on the mud-covered steps of his gray trailer, smoking a cigarette and squinting at the red Caprice as Mason pulled onto the grass beside his trailer.

Mason’s trailer was one of the largest in the park. It was also the dirtiest. Mud and grime covered the walls. Tami-Lynn opened the car door slowly and stepped out into a puddle, her boots squelching in the mud.

“Why’s everyone indoors?” Tami-Lynn asked, walking towards the trailer.

“I already told you. It’s the virus. Government’s told us we need to stay inside.” Mason opened the trailer door, and Tami-Lynn was greeted with a face full of dust.

“I thought you said that the China virus wasn’t nothin’ to worry about,” Tami-Lynn said.

“Government doesn’t think so,” Mason replied. “Hurry up and get inside.” He jerked his head toward the open door impatiently. Tami-Lynn looked at the dark, cramped interior of the trailer and shook her head.

“Screw that,” Tami-Lynn said indignantly. “I was just stuck in prison for four months an’ now you’re telling me I gotta be stuck in there?”

“Exactly. You just got outta prison!” Mason shouted. Tami-Lynn flinched and stepped back. The other residents of the park watched curiously from inside their trailers. “Do you wanna go back there again?”

Tami-Lynn sighed and entered the trailer. It wasn’t that much better than prison. The trailer smelled of cigarette smoke and rotting food, and the windows were too dirty to let much light in. Tami-Lynn fumbled on the wall for the light switch and the lights flickered on, faintly illuminating the small kitchen. There were piles of dirty dishes in the sink, and Tami-Lynn thought she saw a cockroach scurry across the floor and disappear under the stove.

“Hey!” Mason said, shoving past Tami-Lynn and turning the light off. “We got flashlights right here. You know I don’t have the cash to pay for electricity right now. The only thing you can use it for is the TV.”

“You’re cheaper than the prison,” Tami-Lynn said under her breath. Mason pretended he hadn’t heard and reached for the countertop, tossing Tami-Lynn a flashlight.

Tami-Lynn turned on her flashlight and made her way to her bedroom. Mason’s dirty clothes were strewn in piles across the floor. At least the bed’s made, she thought.

“By the way, we’re having a party later,” Mason said. He was standing in the doorway behind Tami-Lynn. “To celebrate you gettin’ out. I already invited everyone.”

“Alright!” Tami-Lynn grinned. “That’s what I’m talkin’ about. Now go away, I need to get ready.”

As soon as Mason left, Tami-Lynn turned on the old TV that was perched on a stack of duty books in the corner of the bedroom.

“The Coronavirus death toll in the United States is at almost 15,000,” Anderson Cooper was saying. A graph illustrating confirmed deaths by country covered the screen. Tami-Lynn frowned. Mason had said that the virus wasn’t a big deal.

“Mason, you know there’ve been 15,000 deaths because of this virus?” Tami-Lynn shouted. “Seems serious.”

“Yeah, how’d you not know?” Mason yelled from the kitchen. “I’ve been in solitary,” Tami-Lynn shouted back. It was true; she had spent the last six days in solitary confinement for bashing in the head of another inmate. The woman had spat in her food in front of everyone, and Tami-Lynn wasn’t the kind of girl to let her get away with it.

Tami-Lynn heard raspy coughing coming from the kitchen. She shut off the television and peered into the kitchen. Mason was leaning against the stove, coughing into his arm.

“Hey, are you alright?” Tammy-Lynn asked.

“Yeah,” Mason said, clearing his throat. “It’s just a cough. Nothing to worry about.”

Madeleine Miller is a first year student at The Maret School in Washington, D.C.