Freedom is fighting for change 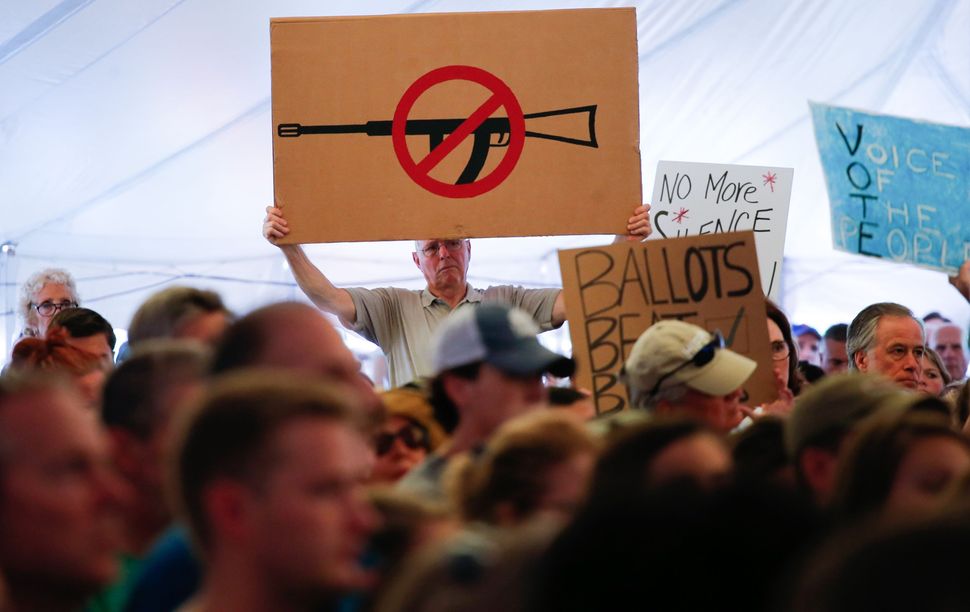 On a sunny Saturday in September 2018, I put on some makeup, changed into the new outfit I’d bought, and headed into New York City with my friends to go to the Global Citizen music festival. We’d been waiting for the festival for weeks, a chance to celebrate our first month of 10th grade with our favorite musicians in Central Park and enjoy the freedom of being old enough – at least according to our parents – to venture into the city alone.

The day felt like something out of a movie – the tickets were free, the sun was out, and all of our favorite songs were getting played. As the sun started to set and we were all getting tired and hungry, we decided to get our friend group together and take the next train home. While we were taking our final Instagram-worthy pictures of the night, I heard a bang and saw the crowd in front of us turn and sprint away from the stage. My heart dropped into my stomach, I grabbed my friend’s arm, and I joined the stampede of scared and confused teenage girls running away from our biggest fear. 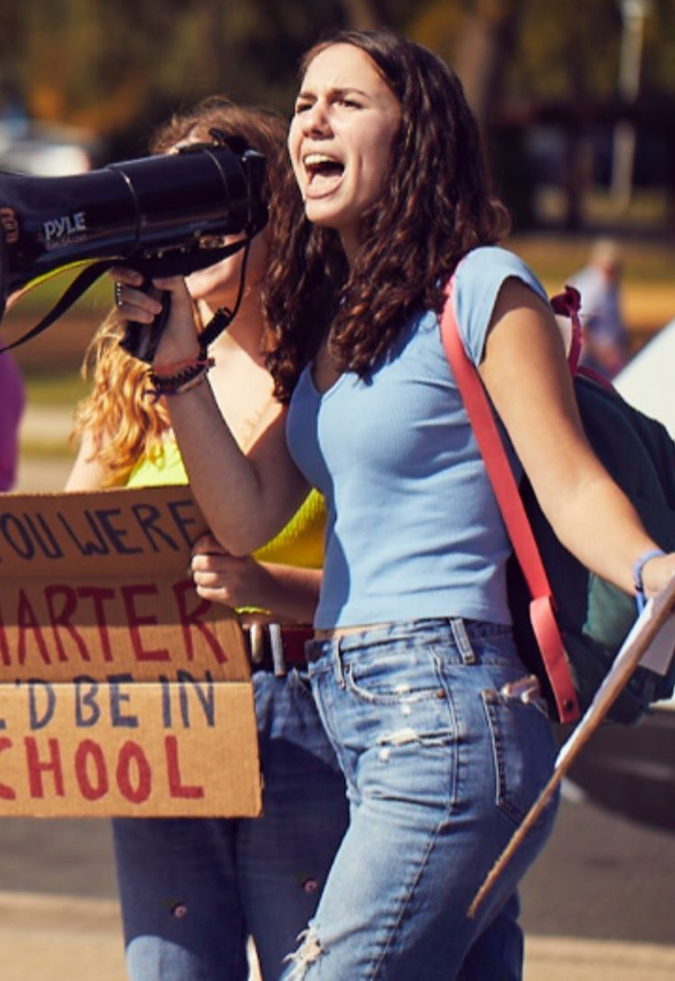 Activist: Lily Forman is a third place winner in our young writers contest. Image by Courtesy of Lily Forman

I was running out of Central Park for what felt like hours, trying to type in my mom’s phone number with shaky hands to call her and tell her I love her. I had to leave both of my parents what I thought were goodbye messages over a voicemail.

Once we got out of the park, police officers and the tweets on our phone told us that the loud noise that set off the crowd was really just a false alarm, a barricade falling or a bottle popping. Every single day, I think about how grateful I am that that was the case, that I came home that night and got to hug my parents, that after a week I could roll my eyes and laugh about how such a small thing like a bottle caused so much panic.

The shooting wasn’t real, but the fact that the first thing that crowd thought of was a shooting is a symptom of the national crisis we’re in. And the fact that there are so many people who haven’t been as lucky, who have been killed or traumatized by dangerous people with unchecked access to deadly weapons, whose parents and siblings and friends have to live with that reality, is something that I can’t let go of.

Even before that music festival, I would flinch at the sound of my school’s PA system crackling on, terrified that they’d announce a lockdown that wasn’t just a drill. My mind would drift during math class to thinking about where I’d hide in my classroom if something were to happen. I’d try to sit near an exit when I went to the movies, constantly looking around just to make sure I was aware and ready. These habits sound awful when I write them out, but they’ve become second nature for my generation. Too many children my age live with a paralyzing fear of this reality, the fear of the “what if” that could easily become true.

After going through a moment of feeling so helpless and out of control, I feel more and more free each time I face my fear in the eye and refuse to let it consume me, whether it’s in school, at the movies, at a concert. Ever since that day in September, going to those crowded places has felt like an active act of resilience, and a weight is lifted every time I choose to push myself despite the very real risks and fears in the back of my mind.

But it’s not just about facing that fear and pushing through it. No human being should have to live with that fear, and certainly not because the people with the power to make these situations less likely refuse to do so. We have leaders that refuse to guarantee our basic rights to safety and freedom from the fear of being shot dead at school, at the movies, at a concert, at the mall, at a place of worship. Those leaders have the most blood on their hands, but we’re all responsible – as a country, we’ve collectively allowed tragedy after tragedy to happen, from Sandy Hook to Las Vegas to Parkland, grieving for a few days and then moving on to the next headline.

In the midst of this anger, I’ve found freedom in fighting for change. I’ve led walkouts, vigils, and rallies calling for common sense gun reform, spoken to elected officials about the urgency of this crisis, and urged my school district’s Board of Education to avoid traumatizing elementary schoolers with lockdown drills involving hiding under desks, wondering if there’s a shooter in the school or if it’s just practice.

I will never be truly free until I can live my life feeling safe and protected, until I believe that my government is protecting me, until I know that our leaders are hearing us, until I can rest assured that the trauma I carry with me from the moment I thought I would be shot dead at a music festival is simply a thing of the past. And while I don’t know when that time will come, I feel a little more free every time I stand up and make a call for change and every time I see someone else join the fight.

Lily Forman is a 17-year-old student from Columbia High School.

Freedom is fighting for change