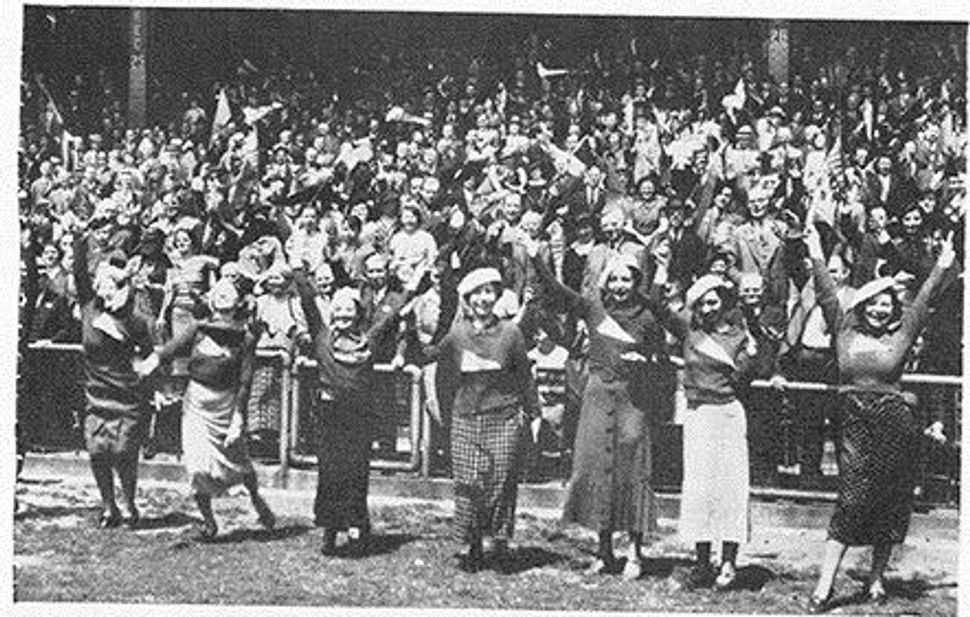 May Day celebrations at Randall’s Island in New York. Image by Courtesy of the Forward Association

On May 1, employees at several major companies, including Amazon, Whole Foods, Target and Instacart, will stage a one-day walkout. At the same time, tenants in cities across the United States will begin a rent strike, predicted to be one of the largest the country has ever seen.

The workers’ concerns: Lack of adequate paid leave and workplace protections in the face of the coronavirus pandemic, which has put them at substantially increased health risks.

And the renters’ concerns: As the pandemic has made unemployment in the United States skyrocket and the economy shrink, the precarious position occupied by renters appears newly untenable. “The Covid-19 crisis is making clear what many tenants have known for a long time: We are all just one life event — the loss of a job, a medical emergency — away from losing our homes,” Donnette Letford, one rent striker in New York, told The Intercept.

In some ways, these strikes are a contemporary phenomenon, prompted by the greatest national crisis in recent memory. But part of what makes them significant is their close link to a radical and remarkable history: May 1, 2020, is the 140th International Workers’ Day, also known as May Day, a holiday in the workers’ rights movement celebrated on every continent except Antarctica.

“It’s a holiday that says that working people have a great deal in common, regardless of where they live or what field they work in,” said Jack Jacobs, professor of political science at the CUNY Graduate Center, “and yes, that does transcend religion, or national boundaries.” (Jacobs is a member of the Forward Association, one of the Forward’s governing bodies.) Today, as the entire world confronts the coronavirus pandemic and the economic crisis it has precipitated, the international and inter-industry solidarity central to May Day has, for many, made this year’s holiday a particularly mixed emotional moment. In the United States and across the world, workers are striking; throughout the world, they’re suffering. While no one will be taking to the streets to protest — hopefully — the understanding that workers across the globe are fighting the same fight is, in some ways, at a new high.

The holiday, an occasion for both joy and struggle, is by its nature bittersweet. It was established by the Second International Socialist Congress in 1889 as a commemoration of an 1886 American general strike, organized in Chicago in pursuit of an eight-hour workday. That massive demonstration ended in both success and tragedy. For many workers, the strike, which began on May 1, did result in that workday becoming the new norm. But during the strike, police in Chicago and state militia in Milwaukee fired on the crowds of protesters, resulting in several deaths. In 1890, in accordance with the call sent out by the 1889 congress, workers across the world went on strike on May 1 to once more demand an eight-hour workday. As Philip S. Foner chronicles in “May Day: A Short History of the International Workers’ Holiday” (1986), on May 1, 1890, strikes happened across America and Europe, as well as in Cuba, Peru and Chile.

In time, the holiday expanded across the world, and took on the traditions of each country that celebrates it. In the Soviet Union, it became an occasion for demonstrations of military might; in Kenya, it’s annually observed with pushes to increase the minimum wage; in France, it’s traditionally marked with the giving of lilies of the valley, thought to bring good luck, to loved ones and strangers alike.

In the United States, like the organized labor movement at large, the holiday has, since its founding, gone through phases of popularity and significance. (Disclosure: as the chair of the Forward’s unit of the NewsGuild of New York, I’m a participant in the labor movement.) “We’ve seen times of reform,” said Ann Toback, CEO of the Workers Circle, historically the home of the American Jewish workers’ movement. But there have also been times when the holiday’s significance has waned: “There were conservative and reactionary forces in American life that worked hard to undermine May Day over a long period of time,” Jacobs said, citing “the sponsoring and creation of Labor Day” in September as an “attempt to wrest American workers away from this international holiday.” In the context of May Day, Toback said, “We can look back on years of work and struggles and campaigns and victories and defeats.”

But for American and European Jews, the holiday has always retained particular significance. At the time of the first May Day, Jewish workers’ movements were still in their earliest stages. The General Jewish Labor Bund, the European Jewish workers’ movement, wasn’t founded until 1897; the Workers Circle, formerly Workmen’s Circle, was founded in 1900. As the two organizations developed, they came to view May Day as not only an annual mandate for meaningful collective action, but also an occasion of huge symbolic value.

Particularly for the Bundists, Jacobs said, participating in May Day demonstrations and parades “was a way of demonstrating their support and commitment to international workers’ struggles;” being part of the international labor movement was, for them, a point of great pride. The emotional intensity with which the Bundists approached the holiday was so powerful, he said, that “during the Holocaust, on May Day of 1944, the Bund in Poland — underground, illegal, harassed — organized May Day events.” Coming together was tremendously risky, but worth it: “It was important to the spirit of those who were able to participate, to be able to get together and demonstrate that they continued to share common ideals and would fight for those ideals.”

In America, especially as European Jewish socialists immigrated after the failed 1905 Russian Revolution, Jewish workers affiliated with the then-Workmen’s Circle participated in yearly demonstrations in major cities, as well as massive celebrations. 100 years ago, for May Day, 1920, an article in the Forward described plans for the holiday’s observance: “The big unions demand members stop work for the holiday and celebrate this important worker holiday,” the article said. “FREE POLITICAL DETAINEES! is the main demand at meetings.” But it wasn’t all activism: There were concerts, balls and speakers, events for the whole family. (The Forward was an active participant in all this: These were the years when the front page of every paper featured, in Yiddish, the slogans “Workers of the World, Unite!” and “The Liberation of the Worker is Dependent on the Worker Alone.”)

This year, both Jacobs and Toback see the need for May Day’s revitalization. “The trade union movement in the United States has been on the defensive for a very, very long time,” Jacobs said, “What we’re now seeing is that workers in lots of industries, which have been beyond the reach of the union movement, are doing what they can to demonstrate their collective interests. That’s a powerful thing.” But it will need ongoing action for that momentum to bring any results. “This is another moment of massive struggle for workers across the world, and certainly across the United States,” Toback said. May Day — which the Workers Circle will be marking with a virtual rally and, on May 3, an international, virtual concert of Yiddish workers songs — poses an opportunity to “find inspiration in past victories and past struggles,” she said. That reflection is needed, she said, because “critical fights” are ahead: “to make sure that essential workers’ lives are valued, that our country responds to the desperate situation of unemployment, and as our economy reopens, the workers who found themselves unemployed in this period are not further exploited.”

And what about this year’s May Day strikers?

“More power to them,” Jacobs said.