Unexodus — a story of freedom 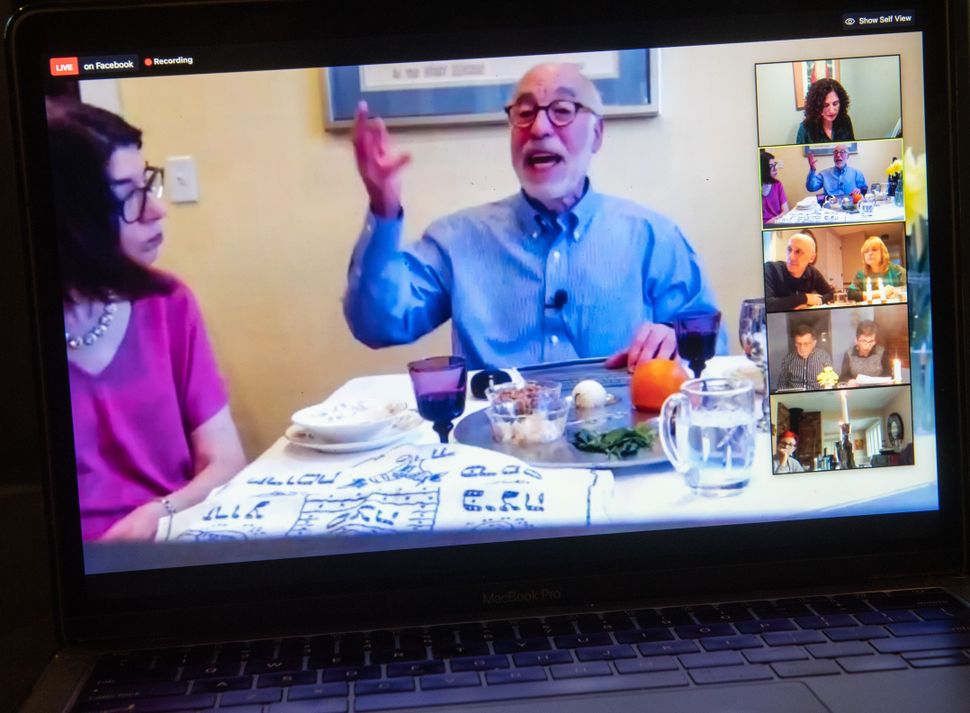 A Seder on Zoom Image by Getty Images

Editor’s Note: The Forward is featuring essays, poems and short stories written for our Young Writers Contest. Today’s entry was written by Julie Levey, a 12th grader at New York’s Spence School. You can find more work from our young writers here.

The smell of albondigas — Sephardic meatballs with peas and artichoke hearts — diffuses through our kitchen but not through our home, as it usually does. This year, the single pot my mother is cooking will suffice. One pot will feed six, with leftovers for tomorrow’s lunch. Four pots feed 18 people, leaving a few Tupperwares to freeze. 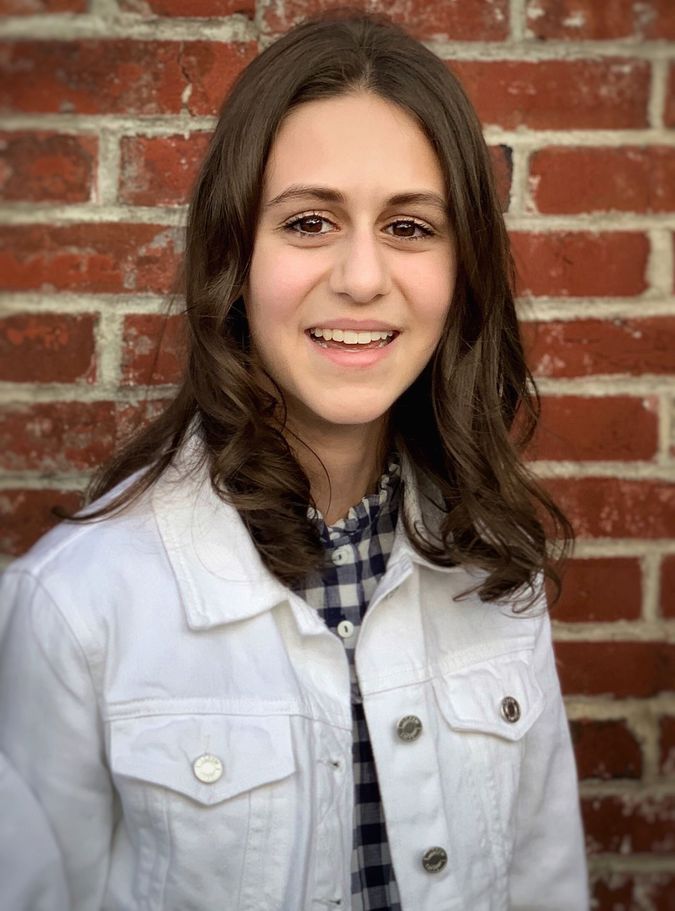 Author: Julie Levey is a first-year student at Princeton University. Image by Courtesy of Julie Levey

My father hauls a computer monitor to the kitchen table — an ugly centerpiece that on any other night would be inappropriate, perhaps even rude. He ties a red bandana — the same bandana my mother tied tight against her nose and mouth when she went grocery shopping the day before — to some cords, calling attention to them, foreseeing that someone, probably my sister, will trip.

I sit at my computer, practicing Hallel and screen sharing my homemade Haggadah over Zoom to no one. I place all of my trust in the WiFi icon on the top right corner of my screen.

My brother and sisters take turns answering my phone. They field calls from relatives, who are discovering that connecting to Zoom is even more stressful than cooking for Passover. “Turn on your mute button.” “No, you have to enable your camera.” “Okay, click on the link I am going to email you.” Matzah ball soup comes more naturally.

On Zoom, there is no thrill of racing to the door the first time you hear the doorbell, of predicting which guests will arrive too early and which guests too late. No. Instead, we watch small boxes appear on the monitor as I scan the table, verifying that everything is in order. The count: 41 boxes, 41 families. The largest Seder I have ever been to. The only Seder I have ever led.

Author: Julie Levey is a first-year student at Princeton University. Image by Courtesy of Julie Levey

A box:​ In an oversized green sweatshirt, she sits and claps along with her brother. They eat tacos with Kraft Mexican Blend cheese. She sings along when I sing nigguns; the only Hebrew words she knows are “Baruch Atah Adonai.” She will graduate high school in two months, but she knows the day may only be marked by the iPhone calendar alert she will forget to delete. It will pop up on her phone at 4:50 p.m., alerting her that the ceremony begins in ten minutes. She is lonely.

A box:​ His face is too close to the camera, so close that I can see each individual gray hair on his chin. It has been too many days since he has shaved. On all other Passover nights, he distributes his stained and yellowing Sephardic Haggadot, which sit in a drawer all year long and contain prayers and readings spelled in the ways most familiar to his tongue. On all other Passover nights, he processes around the dining room as he rests the Seder plate atop each guest’s head, chanting an almost imperceptible combination of syllables. This Seder he does not understand. Why can’t he hear us? Where is his son, whom he cannot find amongst the jumble of boxes? Why can he only see himself? He is confused.

A box:​ She sits on the couch with her family of six — 4 daughters, one father, one mother. One mother who is weak, but who, for the first time in three weeks, is here. She turns her head to her mother; she breathes; she cries. This is the first time she has cried in three weeks. This is the first time she has cried since her mother, her mother who has an autoimmune disease, was admitted to the hospital with the virus. For three weeks, she was scared to get out of bed, scared to live. Each moment she was alive meant she could be told her mother had not lived. The cross around her neck does not prevent her from voicing each Passover prayer. She is afraid.

Solitude. Confusion. Fear. Each their own prison. ​Can this be freedom?

I sing. I sing of rituals, of history, of slavery, of Exodus. I sing of hope lost, miracles, and hope found. In each box, I see lips that move along with mine. Silent participants who give voice to an ancient narrative. And I wonder….​is this freedom?

Freedom is 41 boxes blessing 164 cups of wine, lauding the opaque red liquid that reminds us of pumped blood, of life.

Freedom is questioning. My youngest sister recites the four questions but four are not enough to satisfy our curiosity. I turn the Zoom chat box into a place of pondering and answering. “What are your family’s traditions?” “Can you share the recipe?” Questioning is the capacity to interact with the world, not just to be influenced by it.

Freedom is singing “Dayenu” off mute. Upwards of 80 voices, in nothing close to harmony, praising and sharing gratitude and paying no attention to the shortfalls of technology.

Julia Levey is an 18-year-old student at the Spence School in New York City.

Unexodus — a story of freedom