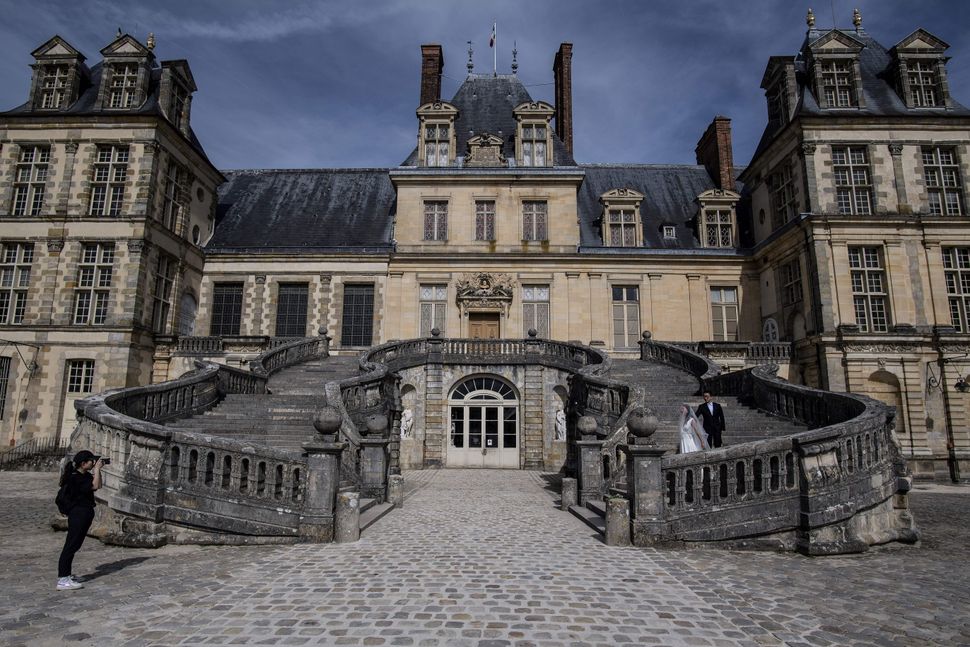 Editor’s Note: The Forward is featuring essays, poems and short stories written for our Young Writers Contest. Today’s entry was written by Cienna Olenick, a student at the College International in Fontainebleau, France. You can find more work from our young writers here.

The blank stare on the new girl’s face was familiar to me, having been there a few years ago myself.

“You speak English?” I asked, noticing she had no clue the teacher was talking to her.

“Yeah,” she answered in an American accent that matched my own. She looked relieved.

“The teacher wants to know if you eat lunch at school or go home,” I translated, thinking it’d be fun to have another American to hang out with. 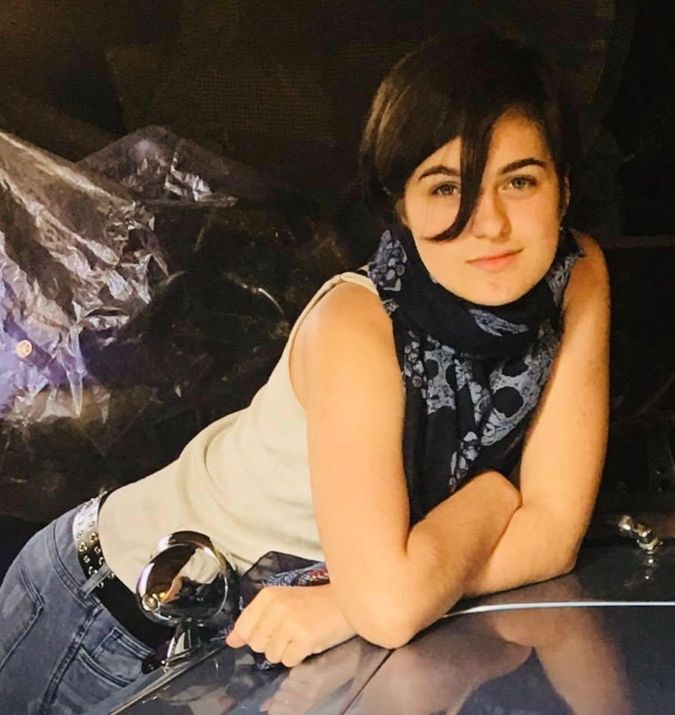 I first showed up when I was eight years old in CM1, the equivalent of fourth grade. The school told my parents not to teach me any French – they said it would be taught wrong – so I didn’t speak a word of French on my first day.

I’m an American girl, born and raised. Well, raised in the US until I was eight. I’m also an American immigrant but in reverse of how most Americans view immigrants, an American who emigrated to a different country. Or maybe I’m an expat: I’ve never quite figured out the difference between expats and immigrants.

When I was in first grade a deranged maniac murdered a bunch of first graders at a different school and my mom told my dad to find a job in Europe.

“It’s worse than the Yeltsin years here,” she said.

Mom moved from Moscow to the US as a teenager. Her name is Anastassia but she goes by the shortened version, Nastia. At least she does around the house. When she moved to the US, other kids said “Your parents named you nasty?” so she tells people her name is Anna. That’s not her name at all – Anna is short for a different name – but Americans don’t make fun of it.

Mom has an accent not quite like any other I’ve heard. It’s unidentifiable, not Russian but also not American. If I stay in France long enough, I’ll probably have my own unidentifiable accent, just like mom’s. Except I’ll be speaking French instead of English.

Dad was nervous about moving to Europe. His grandparents, my great-grandparents, had a lot of relatives killed by the Nazis. His parents, my grandparents, were especially stressed out. “The family barely escaped alive and now you want to go back?” they asked. Mom said we’d be fine and we have been. Dad didn’t look quite so sure but went along with her.

There is a war memorial in our village which has the date people died and their name. Starting when the Nazis came to France, it goes from single male French names to whole families with Hebrew names. I guess the villagers didn’t know how to memorialize the missing murdered people.

Thanks to my background, I have a perspective different than most American teens. What does freedom mean?

Well, my mom and her family couldn’t just leave Russia way back when. It’s not that they couldn’t afford to, though they couldn’t. They weren’t allowed to. Russian Jews couldn’t leave even though, besides being Jewish, they weren’t really any different than any other Russian.

Eventually, the old USSR fell apart and they were able to leave. I wish they could say great things about the US. They didn’t face the problems back in Russia but there were reminders that freedom in the US is tied to money and mom’s family had none. Eventually, they moved back to Russia but mom stayed. Mom became a citizen and loves the US but couldn’t deal with the school shootings.

“Are Americans really free when they worry that some creep who couldn’t get a date will show up to school with an army rifle and start murdering people?” she asks.

Americans don’t seem free enough to me but I’ll admit the guns do freak me out. One of my American friends, who was here for a year, moved back to Texas and his parents bought him two guns. His parents are religious Christians and super-conservative. I think he’s great but don’t get why he wants guns. American freedom to own a military assault rifle apparently trumps everybody else’s freedom to not worry about being shot at school.

Americans have tied their guns to the idea of freedom. With the virus, I see videos of crazies marching around with their assault rifles waving Nazi and Confederate flags. They’re angry because they have to stay inside and can’t get haircuts. We’ve been inside almost six weeks as of the day I’m writing this and can’t leave for at least two weeks. To go out, you need to print out an official government form that has a date, time, your name, and check off an approved reason. If you don’t have your form or are out too long there’s a big fine. The only people complaining are a group of Parisians who complain about everything.

Freedom doesn’t mean being free to do whatever you want. We’re no less free by not being allowed to beat people up or cross when the light is red or talk back to teachers. Here in France, I can easily buy beer or wine or run around half-naked at the beach. I don’t do any of things but I can because they don’t affect anybody besides me. I’m free to make my own decisions. But I can’t buy a gun or run around spreading disease because those things do negatively affect others. There is no right to hurt others.

Freedom is being able to lead one’s own life. To think your own thoughts and change countries if you want. It doesn’t mean being able to carry army rifles and ignore doctors while spreading disease; that’s stupidity and selfishness, not freedom.