When Fred Willard spoke to (and for) the Jews 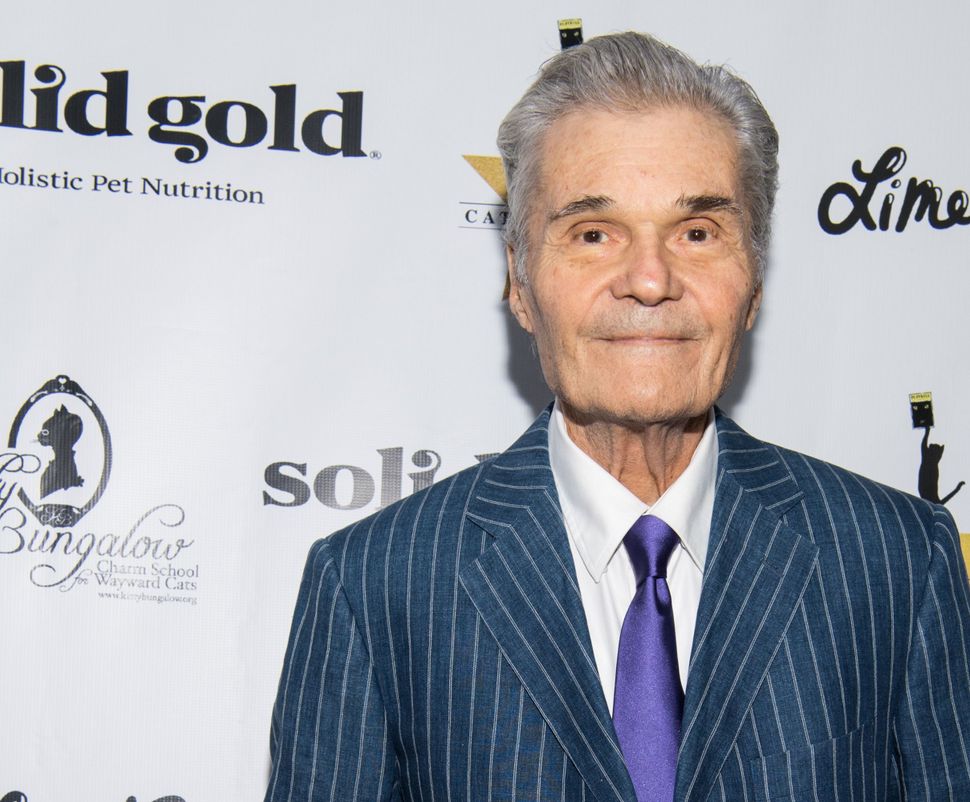 Fred Willard, the actor and improviser whose characters embodied blithe obliviousness, was not Jewish. The performer, rather, was at his best when he played the sort of un-self-aware putz that Jewish humor desperately needs — a sunny and thick-headed foil to the neurotic or arch sensibilities that Jews so often made their own.

From his turns as the clueless dog show announcer on “Best in Show” to his run as Robert Barone’s chipper father-in-law on “Everybody Loves Raymond” to his early role as guileless sidekick Jerry Hubbard on “Fernwood 2 Night,” Willard found new modalities in goyishe kopf comedy. That was his genius, and, of course, it takes a sharp mind to play dumb so well. He was always in on the joke and, as he created his own characters, he was often its author.

Willard, who died on May 15 at the age of 86, frequently had Jewish collaborators like Norman Lear and Christopher Guest and co-stars like Bob Balaban and Eugene Levy. Fittingly, there are a select few occasions where Willard gamely tackled a non-Jew’s well-meaning, if helplessly bungled and supremely cringey, attempts at cultural understanding of the People of the Book. Here are a few.

In this segment from “Fernwood 2 Night,” host Bart Gimble (Martin Mull) introduces the residents of Fernwood, OH to Morton Rose, a Jew who was caught speeding through town. The guest spot is meant to educate viewers, but is particularly edifying to Jerry Hubbard (Willard), who asks the lion’s share of the questions, like: “Why didn’t you become a doctor or lawyer?” And, when he hears Rose’s response, that his family was poor, “Are you sure you’re Jewish?” In the end, Hubbard assures Gimble that he has had many experiences with Jews before, and to prove his familiarity, asks Rose what tribe he belongs to. (We grok that he’s not asking Rose whether he’s a Levite or an Ephraimite.)

While dining at Blaine, Missouri’s only Chinese restaurant, Sheila Albertson (Catherine O’Hara) has a bit too much to drink and asks Mrs. Pearl (Linda Kash) “what it’s like to be with a circumcised man.” To his credit, Sheila’s husband Ron (Willard) realizes quickly that this is an inappropriate question. But, he soon loses any inhibitions, asking dentist Allan Pearl (Eugene Levy) for his professional opinion on a matter that should stay between man and wife.

“Lots of remarks about Jews…”

When Willard was out of character, he was anything but a dummy. Instead, he was a funny and perspicacious critic of human foibles. In a 2006 “Talk of the Town” piece for The New Yorker, writer Tad Friend tagged along with Willard on a tourist bus through Manhattan. Willard was none too impressed with their guide, and “murmured alternative commentary” throughout their trip noting, among other sites of interest, the building where Arnold “The Brain” Rothstein fixed the World Series in 1919. But, the actor saved a barb for their Japanese-American tour guide, who was about as culturally sensitive as a typical Willard character.

“In Harlem, the guide explained that black people’s hair was different and that they all went to church in their good clothes, whereas everyone else in the city was too busy to be religious, especially the Jews,” Friend wrote. “Back in midtown, she pointed out two famous ‘Jewish delicatessens,’ the Carnegie and the Stage. ‘Lots of remarks about Jews and blacks,’ Willard observed, ‘yet we haven’t even mentioned Pearl Harbor.’”

There we have it, Fred Willard, an unlikely (and not uncontroversial) champion of the Jews. He will be missed.

When Fred Willard spoke to (and for) the Jews