How a Pomeranian named Kiss is helping me through quarantine 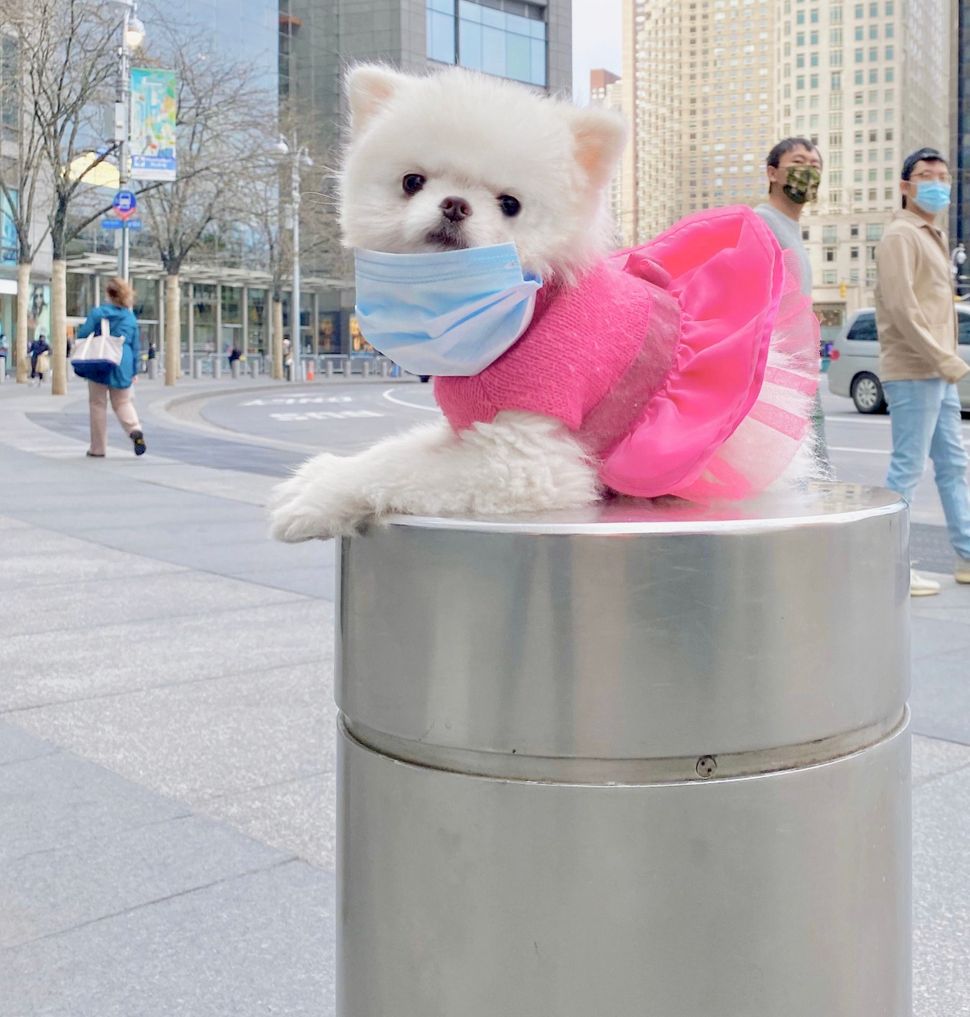 Kiss is a three-pound, four-legged Pomeranian. She is an AKC-emotional support dog who has joined me at hospitals and in collaborations with organizations like ELEM/Youth in Distress in Israel, a nonprofit and a special consultant to the UN which provides life-altering support and services to at-risk Israeli youth.

Kiss is the Hebrew word for pocket and she is small enough to fit inside one. Spending more time with my dog during this time of quarantine hasn’t just provided an outlet for my creativity; it has given me time to reflect on how much she’s changed my life. When I got Kiss and started to spend time with her, I learned what other people have known for years, that it is wonderful to wake up to see a creature smiling at you, wagging its tail at you, or jumping up and down like a lottery winner when you get home.

But there was a time when I felt having a dog wasn’t in the cards for me.

I grew up in Jerusalem, the product of an Ultra-Orthodox environment. Dogs, like a lot of aspects of contemporary life including popular music, dolls, and movies, were forbidden.  The Torah states that it’s unkosher to socialize with dogs and that one must keep a dog chained, because these animals are known to cause “substantial and frequent” damage.

There were no dogs where I grew up and I never saw anyone with a pet in my neighborhood.  Even stray dogs were rare. Once on the Orthodox-Hasidic street of Sorotzkin where I grew up, a dog chased me on the way to the elementary school bus. I still remember being terrified that this dog was going to bite me. I grew up believing that all dogs——not just stray dogs——were to be avoided at all costs.

But, one day, I saw my friend’s small teacup Pomeranian and I just knew I had to get a dog like this. The teddy-bear like appearance made the dog seem friendly enough for me to overcome my lifelong fear and mistrust of dogs.

I’ve since learned that some dog lovers might not consider “Micro-teacup Pomeranians” to be “real” dogs. But just try to tell me that Kiss isn’t a real dog after all of the positive changes she’s made in my life.

When one grows up in the Hasidic community, one can have little contact with people on the outside. I wasn’t exposed to many non-Hasidic people and this lack of exposure intensified my natural shyness.

Having Kiss forced me to stop and talk to people I might never have met, or had the nerve to interact with, before. I found myself speaking to people from all walks of life — whether they were Jewish, Christian, Muslim or any other religion — all thanks to this little dog.

When people passed us on the street, they often told me how Kiss made them happy. This seemed fitting to me since the Hebrew word for dog “kelev” can be broken down into ke-lev “like the heart.” The Hasidic masters liked to remind us that “The Merciful One desires the heart.”

Working with kids has taught me a lot of lessons I’ve applied in quarantine. When a script calls for changes, the strong performer must adapt. So, too, did I learn to adapt when Covid-19 changed the script for everyone.

I replaced weekly dog-training sessions with a trainer to personal daily training sessions. I had more time to spend with Kiss so I started teaching her new tricks and reinforcing the old ones she already mastered.

Training Kiss can sometimes be similar to working with young performers — the director or producer needs to place them in the right role that takes advantage of their diverse interests and abilities. For Kiss, I have to find the right commands and choreography too. Some commands she eagerly follows while others seem to be a lost cause. One command Kiss has mastered is for a move I’ve called “Spin and Shalom” in which Kiss spins twice and stands at attention at peace.

I miss taking Kiss with me to parks and hospitals. But, as soon as I am able, I’m looking forward to taking her with me to more and more places with people whose spirits, like mine, need uplifting every once in a while.

Ayelet Raymond is a film and musical director who lives in New York City. She collaborated with young Broadway performers to create the American children’s television show “My HebrewLand.”As a teenager, she composed and recorded several Hasidic musicals and helped establish the very first “kosher film industry” in Israel. She is the creator of the “KosherBarbie_official”, “MyHebrewland” and “Kiss_Pom” instagram accounts.

How a Pomeranian named Kiss is helping me through quarantine