Who should replace Ruby Rose as the Jewish Batwoman? 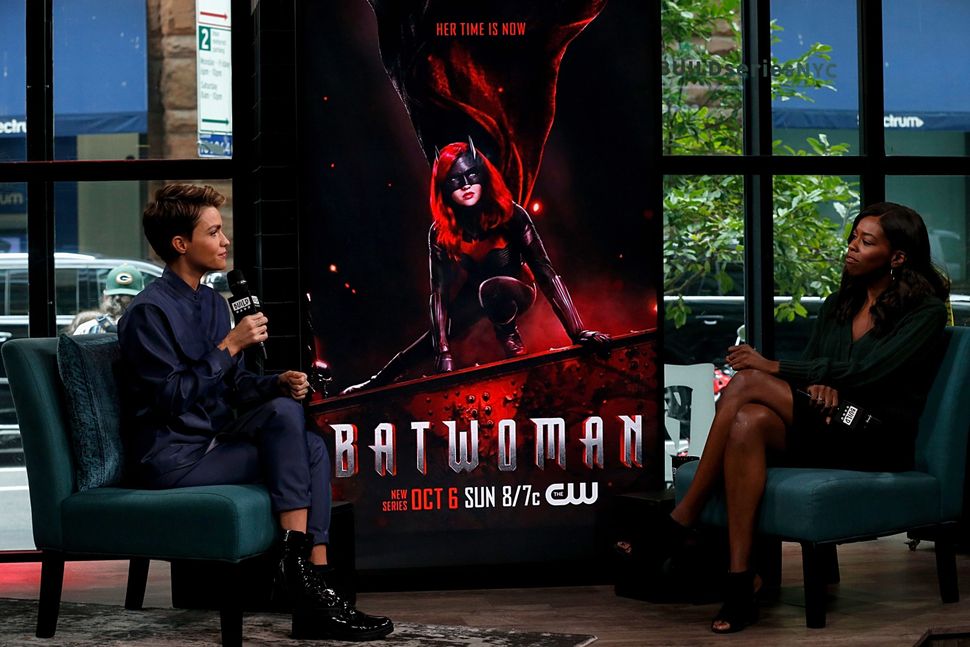 Ruby Rose, the onetime Batwoman, in an interview. Image by Getty/Dominik Bindl /Contributor

It was the most controversial bat-casting since Ben Affleck. No — not Robert Pattinson.

When it was announced that Ruby Rose would take on the title role of Kate Kane in the CW’s “Batwoman,” fans of the crimson-haired crusader were not having it. Rose ticked one box — a lesbian woman playing a lesbian woman — but left another empty; Rose wasn’t Jewish like the character. That was an issue for a large swath of Tumblr and Twitter, despite the fact that Kane’s Judaism is a pretty minor feature as superhero backstories go.

Controversy persisted when the pilot episode omitted a gesture to Kane’s Jewish roots, cutting it for time. But a later episode found a way to make it canon, showing Kane with a photograph from her bat mitzvah. This is kind of a lazy way to indicate Judaism, but plays to executive producer Caroline Dries’ stated commitment to incorporating Kane’s background while not making it “a huge thing.”

Honestly, it’s not a huge thing, with a one-time reference to Hanukkah being just about the only allusion to Kane’s faith from the comics. But there is now room to make the role Jewier. Ruby Rose’s contested turn has come to an end, with the actress announcing her departure from the role after only one season. So, now we have a chance to fancast a gay, Jewish Batwoman. Beanie Feldstein? Evan Rachel Wood? (I know, Wood’s bi and not — but she’d be good!)

Both have their pluses and minuses, but perhaps this is an opportunity to look beyond a household name in the interests of a more inclusive, broader, DC universe. (Say what you will about the DC films and series’ quality, they’re doing a better job at diversity than Marvel.)

By doing an open call a la “The Force Awakens,” the CW could find any number of candidates who match Kane’s background and can bring that extra Jewish dimension to their portrayal. Letting an unknown take the lead is the best option and may head off a resurgence of the #KeepKateJewish hashtag. The ball is in Hollywood’s court, but the fight for intersectional representation is one that ought to be given some strong consideration.

We await the reveal with guarded optimism, but suspect they’ll just give it to Cara Delevigne or something.

Who should replace Ruby Rose as the Jewish Batwoman?