How I found freedom through dialogue 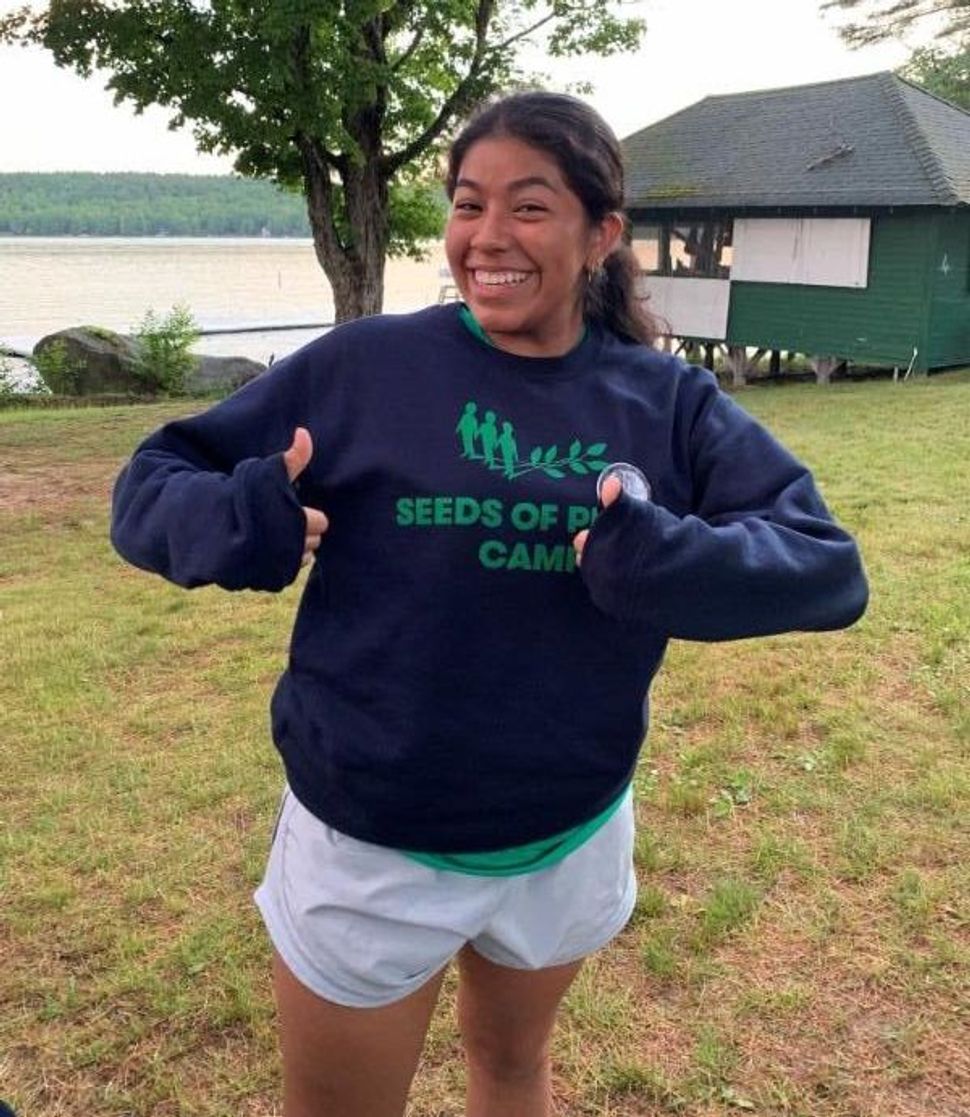 Editor’s Note: The Forward is featuring essays, poems and short stories written for our Young Writers Contest. Today’s entry was written by Emily Bernstein Dunkel, a 17-year-old student at the Fieldston School in New York, NY. You can find more work from our young writers here

It was June 26th, 2019 when I left my New York City apartment and took a flight from John F. Kennedy Airport to Portland’s International Airport in Maine. I arrived there to partake in an experience of a lifetime – ​Seeds of Peace​. Before going to the ​Seeds of Peace c​amp site, the U.S./U.K. delegation met at a Portland hotel for orientation to discuss everything camp-related, such as camp cheers and bunk life, but most importantly, language and tools to handle dialogue as individuals who were not directly impacted by conflict. I learned about zones of comfort, stretch, and panic, and the spectrum of avoidance, self-attack, attack of others, and shame. It was daunting, to say the least. Before camp, I had never been exposed to a community that would fundamentally be built on listening, empathy and dialogue. I was not familiar with conflict. Nonetheless, ​Seeds of Peace became a place that I am proud to call my second home. 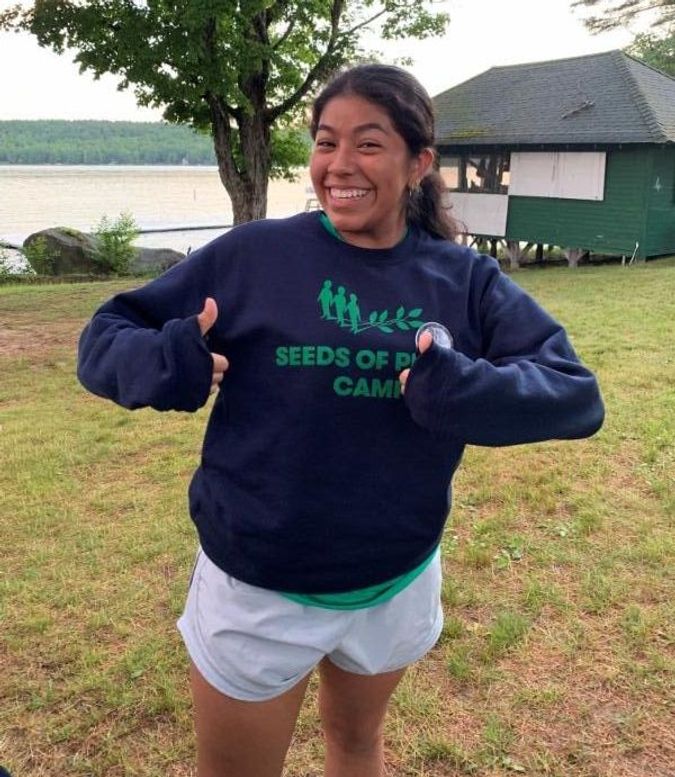 I was welcomed into camp with music, dancing, cheering, and open hearts as I stepped into my new reality for the next three weeks. I joined other ​Seeds ​(campers), counselors, and staff yelling, “Seeds, Seeds, Seeds, Seeds of Peace, Peace, Peace, Seeds of Peace, everybody!” I entered a community that felt fanciful — tall oak trees swaying to the patterns of the wind, pine needles that stuck in between my toes and a lake that reflected the sun so brightly that it lightened each blade of grass.

Seeds of Peace​ would forever change my outlook on international affairs, conflict, religion, and what it meant to be a Jewish teenager living in New York City. For three weeks, I joined 200 other teenagers, many from conflict-torn areas, such as Israel, Palestine, Jordan, Egypt, Pakistan, and India to do common sleepaway camp activities, such as swimming, canoeing, art and crafts, music, dancing, and sports. But this camp came with a twist – daily dialogue sessions with other campers.

There were two dialogues which a camper could choose to be a part of, either the Middle East or Southeast Asian dialogue. I chose to participate in the Middle East dialogue. I spent two hours a day with six Israelis, four Palestinians, one Jordanian, one Egyptian, and one other American, as well as Israeli and Palestinian facilitators. We discussed issues such as the Israeli Defense Force, Hamas, the Green Line, human rights, nationalism, settlements, refugees, Jerusalem, history, territory, pride, culture, anti-Semitism, and Islamophobia. These three weeks of dialogue were filled with emotions of hope, love, peace, coming together, hopelessness, exhaustion, disheartening, guilt, grief, and trauma. My world felt turned upside down, as my Jewish upbringing, pride, and history were put in the same conversation with Arabs who described their struggles – a challenge I had never experienced before ​Seeds.​

At ​Seeds of Peace,​ I was immersed in the multitudes of cultures and religious backgrounds that our world makes up. I was able to participate in weekly Kabbalat Shabbat services with other Jewish teenagers, from Reform to Conservative. Together, we learned new melodies and built new traditions that we would bring home. I learned how to dance traditional Bollywood dances and learned how to play pickleball. I was able to sit in on Muslim and other religious services and had the chance to be in a multinational flag-raising ceremony. At ​Seeds, everyone had the opportunity to showcase their culture without fear of violence, persecution, or hate.

For the past ten months, I have constantly found myself participating in conversations around the Middle East but also shying away from my camp experience, scared to say too much or too little. Now I am a co-leader of my school’s club, “Bridging the Gap between Israel and Palestine”. Last fall I attended J Street’s National Conference where I participated in workshops and seminars learning more about how I, a seventeen-year-old Jewish teenager, can involve myself in fighting for Israel’s existence and also learn how to create peace with Arab nations in the Middle East. I became a stronger listener and participant, a better empathizer, learned more about privilege and was pushed out of my comfort zone more than ever before. With help from Seeds of Peace, I​ have been able to do exactly this, use my voice to move towards methods of peace with a strong commitment to dialogue, empathy, and inclusion. I hope to pursue a life toward making peace between conflict-torn communities.

At ​Seeds,​ we have this saying whenever we (​seeds) ​doubt the importance of camp or dialogue — “trust the process.” This saying has stuck with me because it is what I wish every teenager, of any race, religion, nationality, socio-economic status, ability, immigration status, and political status could do and ponder upon. As young adults, we should not have to worry whether or not we will be the next news story of an attack of terrorism, antisemitism, or Islamophobia, but rather cherish the days we have together and the importance of community. Humanity thrives on the differences that each individual brings to this world. For me, freedom will not be fulfilled until I know that every human of every background is safe, protected, and heard from in the alarming and frightening world around us.

How I found freedom through dialogue