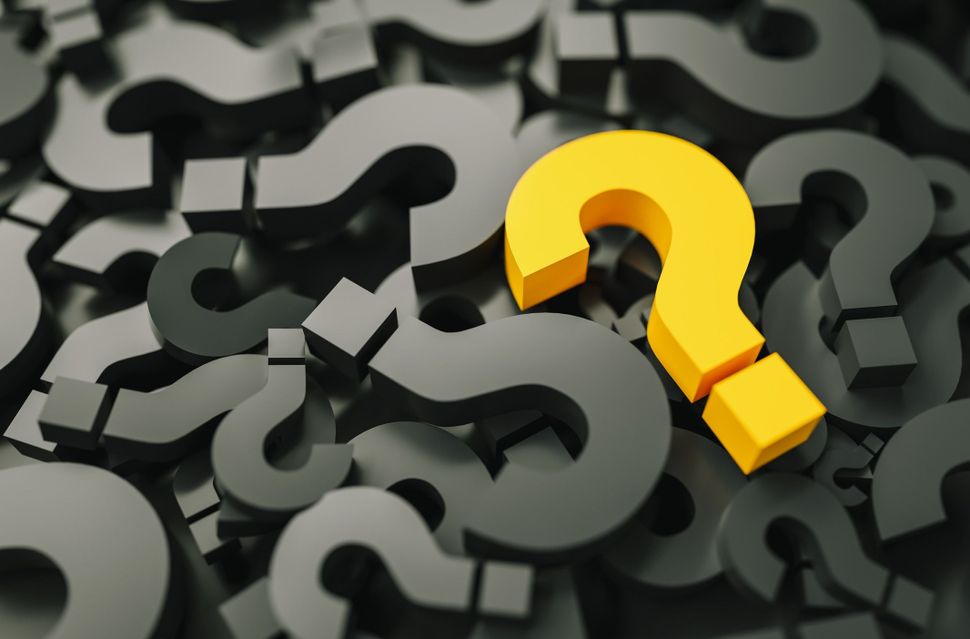 On May 31, it was announced that Herbert Milton Stempel had died the previous month at age 93. Depicted in Robert Redford’s film 1994 “Quiz Show,” the Bronx-born Stempel won notoriety as a TV game show contestant and whistleblower on the fraudulent nature of the industry, in what became known as the 1950s quiz show scandals. Yet his more lasting role may have been as reflection of challenging interactions between Jews and non-Jews, as well as Jewish class struggles.

In a September 1994 article for Entertainment Weekly, Stempel wrote that his actions as informant about the dishonest programs were not inspired by personal virtue. He admitted that if the show’s producer, “who had promised me that he would put me on the show’s staff and arrange appearances for me – had kept his word, I would’ve said nothing. He could’ve bought my silence very cheaply. I’d be a liar if I said I raised the issues I did for moral reasons. It was a sheer act of revenge.”

Somewhat wistfully, Stempel added that he was pleased by the belated attention given to his historical role, albeit in a largely fictionalized film: “Naturally, it’s exciting to see yourself portrayed on the screen… it’s very flattering. It’s been 36 years since this thing happened, and for all that time I’ve been an obscurity. And now it’s like my second chance to become a little bit famous.”

Yet more than any desire for fame or notoriety, Stempel’s actions were conditioned by his Jewish identity. Sander Gilman’s “Smart Jews: The Construction of the Image of Jewish Superior Intelligence” observes that the film “Quiz Show,” albeit fictional, captured the real-life juxtaposition between Stempel, a Jewish army veteran from a modest background, and his television adversary, Carl van Doren, scion of a noted intellectual family.

As Stempel told the Los Angeles Times in August 1994, “Once I saw [Van Doren], I knew my days on the show were numbered. [Van Doren] was tall, thin and WASP-y, and I was this Bronx Jewish kid. It was as simple as that.”

Gilman aptly describes “Quiz Show” as the “working out of post-Shoah anti-Semitism, a sort of retrospective ‘Gentlemen’s Agreement,’” the 1947 film adaptation of Laura Z. Hobson’s novel about U.S. anti-Semitism.

In addition to the contrast between Jew and non-Jew as crooked TV contestants, “Quiz Show,” like the historical reality it was based on, also offers an image of privileged Jews versus those earning lower incomes.

Boston-born Richard Naradof Goodwin (1931–2018), later an aide and presidential speechwriter for JFK and LBJ, was instrumental in uncovering the program’s speciousness.

In a memoir Goodwin evokes his own experience with anti-Semitism during his childhood in Maryland, expressing his rage at being taunted as a “Jew Boy.”

Assigned to delve into the quiz show morass, Goodwin contrasts Van Doren, the product of a “century of breeding’’ with the “dark, Semitic” Stempel. The latter “had come from a working-class background, a family in the anonymous lower reaches of the social structure, whose otherwise unremarked history had contained some dormant code of DNA gifting Stempel with a remarkably spacious memory, which he had furnished with an extraordinary collection of information.”

As Nathan Abrams’ “The New Jew in Film: Exploring Jewishness and Judaism in Contemporary Cinema” details, in “Quiz Show,” Goodwin orders a treyf Reuben sandwich at a posh Manhattan club. When he visits Stempel’s apartment to investigate, the former contestant does not immediately identify him as a fellow Jew. Stempel urges Goodwin to try some rugelach, defining the East European pastry as a “Jewish delicacy.” Goodwin refuses, claiming to be “quite familiar with rugelach.”

If dietetic differences partly underlay the tensions of the Stempel-Goodwin-Van Doren interactions, other emotional resonances emerged through juxtaposed Yiddishkeit in fiction.

Literary critic Mike Miley observes that Pepler represents one of Roth’s “rival authors, rival Jews, rival selves.” Something of a Uriah Heep in his fawning servility, Pepler informs Zuckerman that he plans to write a self-justifying book, a project which Stempel never achieved in reality.

Nor did Stempel try to depict himself as valiant, perhaps because he considered that he had nothing to prove. To his credit, in 1944, he enlisted in the U. S. Army and served in the 78th Infantry Division on the front lines in Europe during the war. As he chortled to the Television Academy Foundation in July 2004, he “wanted to get in there and beat [Adolf] Hitler. I felt as if I had a personal need to go over there and fight for my country.” Stempel remained in the Army for the next seven years, eventually attending counterintelligence school in Baltimore.

In this personable interview, the mild-mannered Stempel, by then in his late 70s, physically resembled the Brooklyn Jewish actor Simon Oakland (born Weiss; 1915- 1983) the psychiatrist in Hitchcock’s film “Psycho” who explains Norman Bates’s multiple personality disorder. Roth’s Pepler is likewise closer to a psychiatric patient, wildly claiming that his mere presence on TV validated the entire Jewish people:

“If I have to say so myself, I don’t think it did the Jewish people any harm having a Marine veteran of two wars representing them on prime-time national television for three consecutive weeks. I made no bones about my religion. I said it right out. I wanted the country to know that a Jew in the Marine Corps could write a publishable book…Whoever innocent I harmed and left besmirched, all the millions I let down, Jews particularly – well, they would finally understand the truth of what happened.”

Stempel was much less self-dramatizing, accepting showbiz disappointments with a Tevye-like shrug, even when in “Quiz Show,” the actor John Turturro gave a frenzied caricatural performance intended to represent him. Throughout the events later novelized and adapted for the screen, Stempel was lucid, accurate, and perceptive. At the 1959 congressional hearing, Stempel explained that he had not returned the money received from the rigged show because he felt he had earned it: “Actually, may I say that I was not a quiz contestant in this program, in my opinion. I was an actor, as you probably have noticed by watching the kinescope.”

Steeped in what sociologists term ethnic performance, Stempel’s public career as a thespian was brief, followed by decades of work in obscure jobs before he was suddenly remembered again, just over a quarter century ago. His challenging public portrayal as a Jew pitted against another Jew, as well as a Jew facing down a Christian, was a struggle for survival that his earlier battlefield experience, followed by counterintelligence training, likely prepared him for.