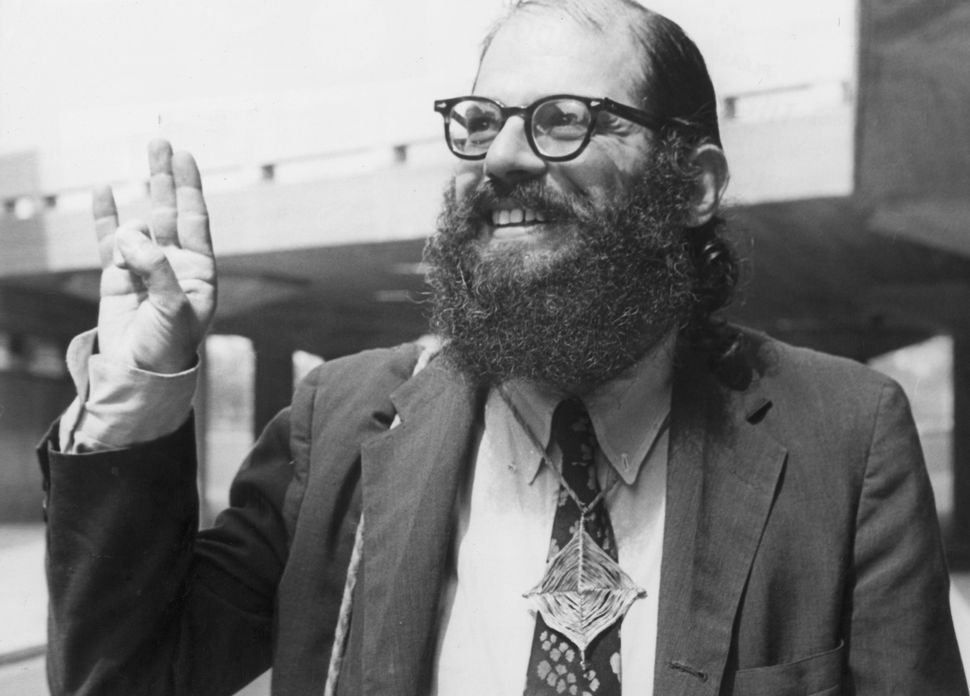 In this spring of fear and torment, COVID Spring, a spring when we mourn our dead, Jews are saying Kaddish too many times. When I grew up in a casually Jewish household we lit yahrzeit candles, and nothing focused my thoughts on the passing of all things like the familiar melody of Kaddish, As I prepared for my bat mitzvah and attended many Friday night services I felt liked I’d sailed into port when I heard the rich, familiar sounds of the prayer for the dead. Later, I finally got around to reading the translation, and was puzzled that the prayer is not a song of death, but instead, a paean of praise. I still ask myself about this, though there are ready answers. We praise the gift of life. We give praise for being strong enough to contain our loss.

Thinking of the Kaddish reminds me of Allen Ginsberg and his “Kaddish,” a towering lament for his mother, Naomi. This COVID spring, I wish the gnomic Ginsberg, the poet who led his audience from darkness to light, were here to pray with us.

He was the good son who wrote “Kaddish” for his mother when the lack of a minyan, ten Jewish men, prevented the prayer from being recited at her funeral. How many must be dead without minyans? If Ginsberg were here, he would recite his poem for all those dying alone on ventilators. For the families who cannot be with them. As a pandemic rages and we are unable to gather to celebrate our dead or hold one another’s hands, I sing both the Jewish prayer and recite Ginsberg poem in my head for my own dead.

I met Ginsberg another spring, in 1969, when I ventured to the Sheep Meadow in Central Park to protest the Vietnam War with other teenagers, a kind of children’s crusade, trying to prevent other senseless deaths. When violence threatened to erupt, Ginsberg magically appeared. Then as swiftly as the day had turned upside down, it righted itself. “Now, children,” the poet began, “this is a day to celebrate peace. That’s why we’re all here.” He sat us down in a circle in the grass and chanted, diffusing all the tension. Then he vanished just as quickly he had appeared, but it wasn’t hard to find him. He was dazzlingly willing to be heard and seen; he knew we were all naked under our clothes, and he let his nakedness into the world, meeting the longings and nakedness of others with love and the gift of himself.

I was five or six when his famous poem, “Howl,” was first published. As I’m writing this I am thinking about the gatherings we’ve missed, like this year’s Passover seder, separated by our COVID monster. I listen to the ticking of the clock. I read the story of our Exodus from Egypt, and I read Ginsberg’s “Howl.” The litany of the poem, the stunning repetitions, reminds of me of the seder and the Haggadah. When telling the story of the plagues, each item on the list, each plague in succession, is followed by the chant, dayenu, or it was enough. If God had only sent one plague and not the ten He did, it would have been enough, dayenu, and the seder usually concludes with a joyful melody that repeats this sentiment.

It was fitting for me to read Ginsberg along with the Haggadah because there is a religious element to his great poem, especially when he repeatedly reassures Carl Solomon, the dedicatee, of his devotion as a friend. “I am with you in Rockland” he confides, and repeats his reassurances to his friend nineteen times. Like the story of the Exodus, “Howl” brings us out of frenzy and despair, out of bondage to Moloch, the monster of materialism, to ecstasy and finally to friendship and love. Ginsberg is with Solomon through all his ordeals and tribulations in Rockland, and he is with us through ours.

Allen Ginsberg, poet of true faith, was an inspiration for his friends. At the peace march at Central Park he saved my friend from a beating or maybe worse. He educated us with his poems, he beckoned us with his Jewish-Buddhist practice, and he befriended us with his presence.

As a pandemic rages and we are unable to gather to celebrate our dead, make our minyans, or hold one another’s hands, have our seders, I think of Ginsberg writing “Kaddish” for his mother. I think of him imagining a journey from bondage to freedom. I remember “Howl.” I recite both” Kaddish,” the Jewish prayer of praise and I read Ginsberg’s poem for a mother who was not prayed over at her funeral, and I hold in my heart the tens of thousands dead and dying. I think of the angelic presence of Allen Ginsberg in this cold and saddest spring. His words and memory are with us. Dayenu.

*Laurel Brett is the author of ‘The Schrodinger Girl.’