Why I’ll always be grateful to Bruce Jay Friedman 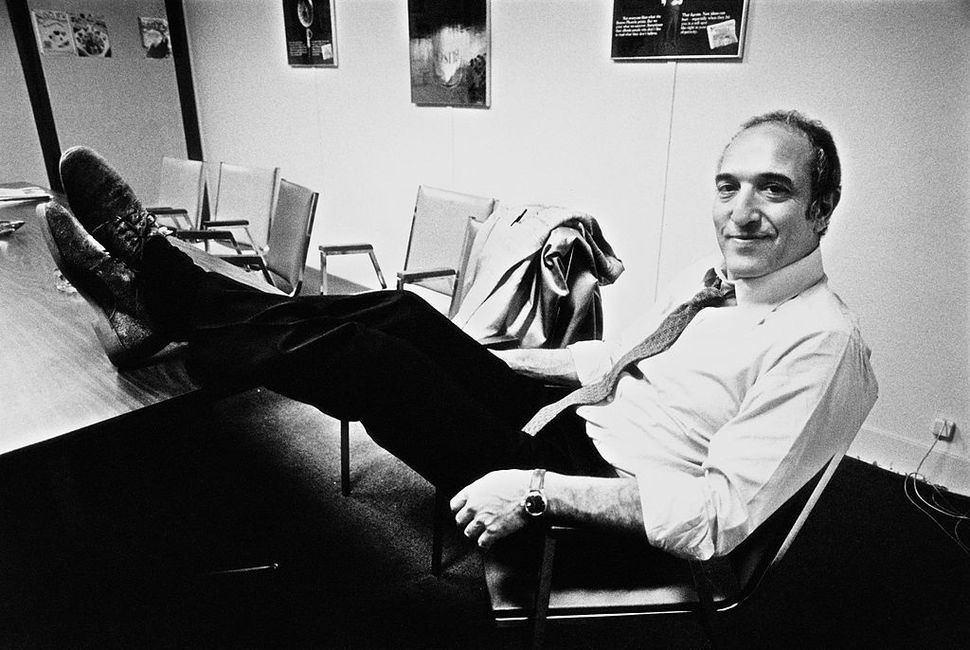 A few years ago I called Bruce Jay Friedman to thank him for helping give shape to my life. He quickly brushed aside my thanks, and a little less quickly declined my invitation for lunch. He’d been ailing for a while, and wasn’t getting out of his apartment much. But he was firm about continuing to write. There were stories he wanted, needed to get down and so kept at it. “As long as I’ve got my marbles,” he said. And what a set of gleaming, smart, funny, groundbreaking literary marbles he possessed. He could fill a sentence with a description or piece of dialogue that could stay with you for an hour or a day or a life:

“Whenever Stern as a boy began the new side of a quarter pound stick of butter that had been started on the other side, his father would slap his hand and say, “That’s no way to do it. I can’t understand you.”

In the summer of 1964, having just finished a perfectly mediocre freshman year at NYU, I was 18 and meandering through New York wondering what to do with the rest of my life. My chemistry grades made medical school an unlikely choice unless I attended one with a residency in leeches. Then I read Bruce’s first novel “Stern.” Actually, I had gone to Bookmasters at my mother’s suggestion to get a copy of Friedman’s riotous second novel, “A Mother’s Kisses,” but it was sold out.

I had never read a book or come across a character like Stern. Here was a man whose very simple, predictable existence raised questions about existence. He loved but had reservations about a wife who wasn’t committed to him. He called the garden of his suburban home (was he even meant to have one?) a “Cancer Garden” because everything it produced was mottled, stunted, malignant. Stern’s moody young son could rarely be entertained or reassured by his father. A miscreant neighbor who refers to Stern’s family as kikes evokes centuries of anti-Semitism implanted in Stern’s DNA. If you forget you’re a Jew — as Stern is tempted to do from time to time — your suburban neighbor is right there to remind you. Even Stern’s stomach is unsympathetic to his fears and turns against him by allowing a corner of it to blossom into an ulcer. Stern is the everyman whose non-stop, self-involved mind allows him to fit in nowhere. In Stern, Bruce had captured my understanding of impending adulthood which caused panic in me as well as the exhilaration of knowing someone else knew the bordering-on-chaos contents of my mind.

With my days as a pre-med student over (to be honest what would I have treated? Pre-conditions?) I focused on taking creative writing classes. My professors and fellow students rewarded me with enough praise that I figured I had a trajectory. But no one in my family was a writer. I needed a role model. As I was active in student government at NYU, under the subterfuge of creating a college weekend retreat at Bear Mountain, I got to meet Friedman by inviting him to be our guest and speak to the students about becoming a writer, what a writer’s life was like, where a writer’s voice comes from.

Friedman drove into the city from his home in Great Neck in a new white Mustang convertible. I had studied his photo on the book jacket — thickish glasses, a dwindling but carefully managed head of hair. But when he got out of the car to greet me and my very pretty girl friend, I realized he was much taller than I expected. He was robust and engaged you with a warm and sly smile. His speaking voice was on the deeper side and a hint of his Bronx boyhood was frequently audible in his carefully chosen words. He spoke rather slowly and though when speaking of books or politics or music, his words had heft, there would be a surprise in every sentence.

A famous quote came about when he was asked to define what was known as his genre — black humor. Black humor emerged from “dealing with the fading line between fantasy and reality,” he’d said. But to relieve any sense of pompousness to the phrase, he added that he would have an easier time defining a sandwich or an elbow than defining black humor. He repeated this to me — in a Mustang on the Palisades Parkway on our way to Bear Mountain. Bruce was winning from the get-go. We drove to the retreat together. I knew my girlfriend found him handsome and dashing and touched his shoulder when he did a perfect Bela Lugosi impression. “De lower level of de George Vashington Bridge is out. Vee vill have to spend de night in de Cloisters.” The sinking feeling of jealousy in my stomach was not exactly an ulcer — but I instantly understood where a story might come from and in fact one began taking shape.

The college group loved him, though after a short game of basketball one of the sophomores said he looked more like a camp counselor than a writer. I saw him wince and I winced along in sympathy. Bruce felt he was part of a literary tradition even if the tradition started with Roth and Bellow — and him. Following the afternoon talk, he asked me to drive back to the city with him. Oh my God…though he was 16 years older we were friends. I had to decline because I’d assembled the weekend and needed to be present for the other events. But we stayed in touch.

A few weeks later, Bruce invited me out for the day to his home and meet his first wife Ginger and sons Josh, Drew and Kipp. He’d prepared them for my visit explaining I was a college kid with long hair. All aged in the single digits they squealed when I got to the door, were adorable and yanked at my arms as if they were the ribbons on a May Pole.

A few weeks before my graduation — as an English major — I received a call from the travel writer (“Europe on $5 a Day”) Arthur Frommer. Frommer and Bruce were classmates at the University of Missouri School of Journalism. He was calling at Bruce’s suggestion and asked if I’d like to be one of the writer-editors of “Mexico on $5 a Day.” I was tongue-tied — I had no idea that such a job could present itself without going after it. Actually, I never even considered there was such a job. But I took it and after it was over I worked — again with Bruce’s assistance — at the legendary company Magazine Management, the same company where Bruce had worked for a dozen years editing somewhat cheesy men’s adventure magazines—“Male,” “Man’s Word,” ‘”For Men Only.” I edited stories by Bruce’s great friend Mario Puzo (not much for me to do there) just before Puzo got his advance for “The Godfather.” I worked with Martin Cruz Smith who wrote “Gorky Park.” Not far down the hall was Stan Lee the brains behind Marvel Comics.

Bruce, Mario and some others from Magazine Management played poker at my apartment a few times. He was good at poker, too. He didn’t need a poker face. He had a perfect, distracted face as if he was mulling over a line of dialogue so you couldn’t tell if he was holding a flush or bupkis. I never felt I had earned the right to hang out at the literary watering hole Elaine’s but one night he invited me to join him. I sat with him, the playwright Jack Richardson, songwriter Jerry Lieber and Bruce’s father Irving. They looked very much alike and Bruce was so gentle with him making sure he’d gotten the chicken prepared just so and a little salad to accompany it. For all the literary attention given to him and the reputation he’d started to amass writing plays and films, he was a caring son, a smart and loving boy from the Bronx.

Bruce and I fell out of touch during the years he spent going back and forth to Los Angeles. He was living not in New York but in the Hamptons for a good deal of that time. But a happy accident occurred when he and his wife Patricia moved back to the city just a few blocks from where I live. He asked what I’d been up to and I explained that my wife and I had lived in LA writing for TV. He said, “maybe you could give me some pointers. I could never crack TV.”

I reached out but a lot of time had gone by and we found it hard to reconnect. I would call once or twice a year and we’d have a nice chat. But relationships shift over time and our time together had passed.

I keep the copy of “Stern” I bought in 1964 on my desk. Whenever I feel the need to remind myself what writing is about, or I’m in need of a quick and certain dose of inspiration, I pick up the paperback with its taped binding that surrounds brittle, aging paper, and open it to any page. And there are the words and thoughts and feelings that Bruce created that were described by critics as a “delight,” a fantastic piece of work,” written by someone “greatly gifted” who encouraged me to find my own voice. For that I will always be grateful to him.

Martin Sage created and produced the show “In Your Face-New York.” Together with his wife Sybil, he’s written many pilots and episodes of shows for TV. He is currently working on a collection of short stories.

Why I’ll always be grateful to Bruce Jay Friedman