Is it really time to cancel ‘Blazing Saddles?’ 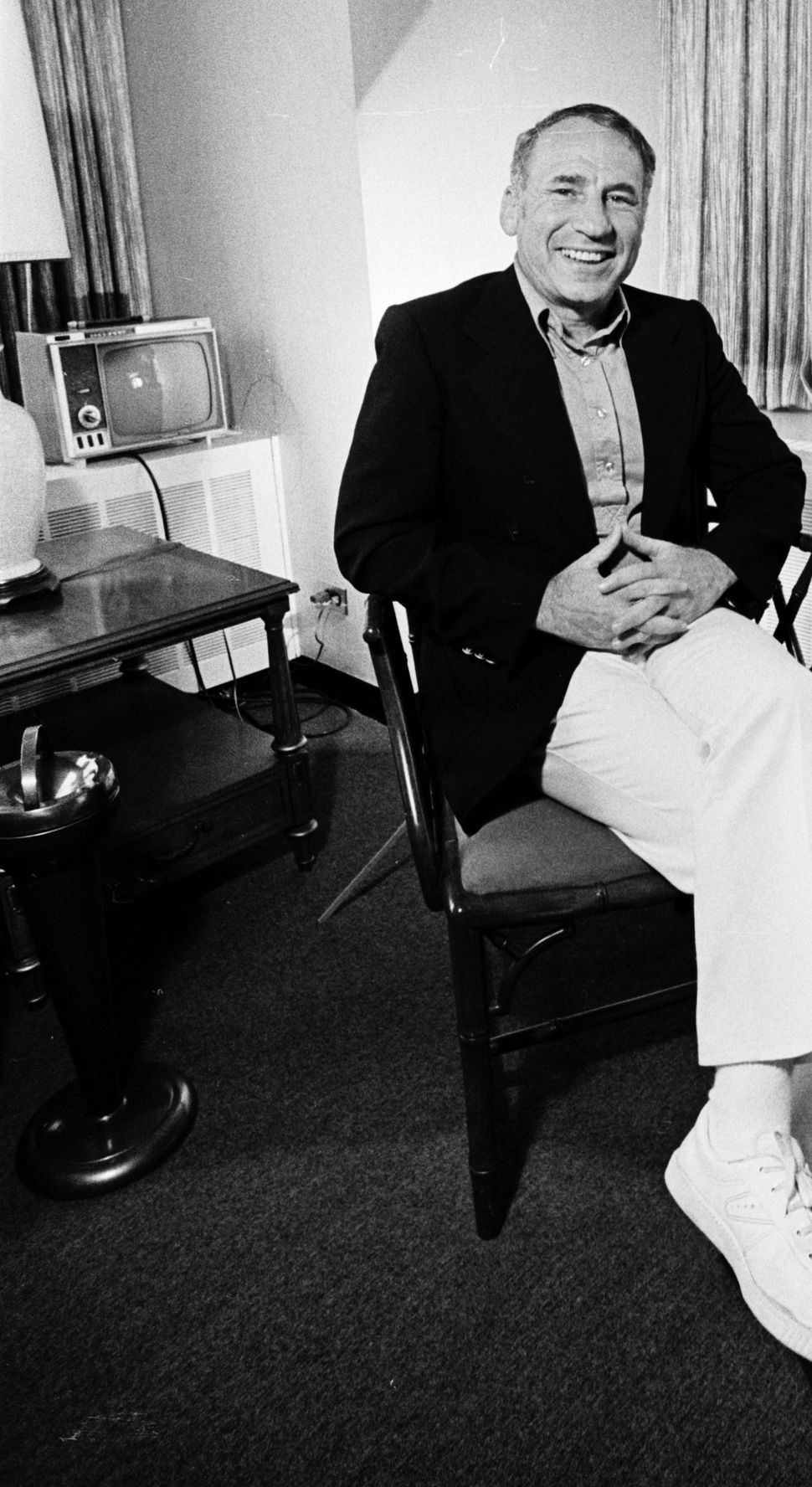 It’s morning in America, and protestors have toppled yet another Confederate monument. But as that trend gains traction both on the streets and in the halls of Congress, a different sort of tribute to Old Dixie was placed on the chopping block. The new streaming service HBO Max announced it was removing “Gone with the Wind,” the uber-Oscar-winning picture based on Margaret Mitchell’s elegy to the Confederacy, from its lineup of classic films to add some historical context. Immediately, and incredibly, folks on Twitter skidded onto a slippery slope and warned Mel Brooks’ 1974 anti-racist Western comedy “Blazing Saddles” to watch its back.

Nobody move, or Blazing Saddles is the next to get it… pic.twitter.com/Xso1RZLNKc

This contention was widely mocked — enough to get the 46-year-old film trending. It’s all the more ridiculous because HBO Max doesn’t even have “Blazing Saddles” on its queue right now. I don’t want to waste much time going into all the reasons why Brooks’ romp, co-written by Richard Pryor and starring Cleavon Little as a black sheriff, is not on the same level as “Gone with the Wind.” While one is a garment-rending lament for the racist institutions of the American South, the other, about the American West, is about how dumb racists are. But, I wanted to revisit the film nonetheless. (It’s on Hulu, by the way.) I found a comedy that was certainly problematic in many places, but also speaks in its own way to a coalition that desperately needs renewing: Black and Jewish unity.

I first awakened to this message about halfway through, in what is perhaps the film’s most racist moment. In a flashback to 1856, the young Bart (Little) and his family are approached by a chief of the Sioux Nation. Brooks (sigh) plays the chief in dark makeup and a headdress, but he’s not just any chief — he’s one who speaks Yiddish. He spares Bart’s family from a raid, offering this rationale to his tribesmen: “They darker than us.”

It’s a gobsmacking moment, not just because Brooks almost went full Mickey Rooney in “Breakfast at Tiffany’s,” but because the chief effectively acknowledges his comparative privilege. Whether this is truly the passing privilege of a Jew — this chief may have been from a forgotten tribe of Israel, improbably developing a Germanic-Hebrew hybrid language in North America — is debatable.

But there are ample instances of this sort of thinking throughout the film.

Take, for example, Bart’s one true white ally, Jim aka “The Waco Kid.” Played by Gene Wilder, Jim, a palsied but effective gunslinger, is not explicitly Jewish. But, it’s hard to understand him as anything else. The entire town of Rock Ridge is abusive to Bart, calling him the N-word and training their six shooters at him at his induction as sheriff. Jim is different and we’re left to ask why.

Is it because he’s a drunk who Bart discovers in a lockup? It could be, but as a respectable Western outpost, Rock Ridge is not likely short of dipsomaniacs and criminals. Jim’s outcast status can be read as Jewish-coded, being played by a Jewish actor and written by a whole battery of Jewish screenwriters including Norman Steinberg, Andrew Bergman and Alan Uger. If he is a Member of the Tribe, not fully accepted nor fully part of the community, he has more grounds to find common cause with a black man and a better awareness of the bigotry that he faces. White Jews, take note.

Jim’s Jewishness does something else for the film, giving us a kind of proto-”BlackKklansman” scenario. As scheming attorney general Hedley Lamarr (Harvey Korman) recruits a posse of Nazis and Klansman, Bart and Jim — a black guy and a Jew — skirt their way into the application line, lure a pair of hooded men behind an outcropping of rock and, after some punching, emerge in their flowy Klan robes. They crack wise about Bart being ashy from a cross-burning.

Who wouldn’t thrill at two people the Klan hate handing them a beat down? It’s all the better when you consider the means by which the pair baited the hooded dupes. Jim, knowing he’s white and will be listened to by these men, calls attention to Bart, who deploys the surefire instigation of so many racist killings: “Where the white women at?”

As Bart says after he decks the lights out of the Grand Wizard acolytes, “That was pretty, I liked that.”

Many on Twitter, indicating the film’s anti-racist cred, have pointed out that Mel Brooks was initially leery to use the N-word in the film. Pryor insisted on it, though, maintaining that the slurs make a trenchant point and highlight the idiocy of the film’s bigots. Allowing for that language, then, was a matter of trust that the word would be used responsibly. That union between Jews and African Americans, at times fraught and at times solid, informs every frame of the film. As Andrew Sillow-Carroll once noted in these pages, the alliance was never as iron-clad as those from the Civil Rights era liked to imagine, but “Blazing Saddles” imagines a world in which it was a bedrock of American expansion and the common fight against racists.

Could a white Christian have devised the movie? Maybe, but it probably wouldn’t be nearly as funny, may well have lacked that same level of trust and might have smacked a bit more of a white guilt and a white savior complex. One can easily imagine a scenario where Jim becomes the protagonist, as with so many bungled Best Picture winners (ahem, “Green Book.”)

Is there stuff to cancel the film for? Certainly, if you are unforgiving. The dim-witted and by turns philosophical strongman Mongo (clearly taken from Mongoloid) is remarkably offensive. “The French Mistake” sequence at the end? Extremely homophobic. Lili von Shtüpp’s obsession with Bart’s manhood? A harmful racist stereotype that’s historically been used to dehumanize black men.

But to liken it to “Gone with the Wind” is to completely misunderstand the point of the film, where a black man and a wily crypto-Jew outfox mainstream bigots, all the while laughing at their expense. If you think they’re on the same level, the joke’s on you.

Is it really time to cancel ‘Blazing Saddles?’