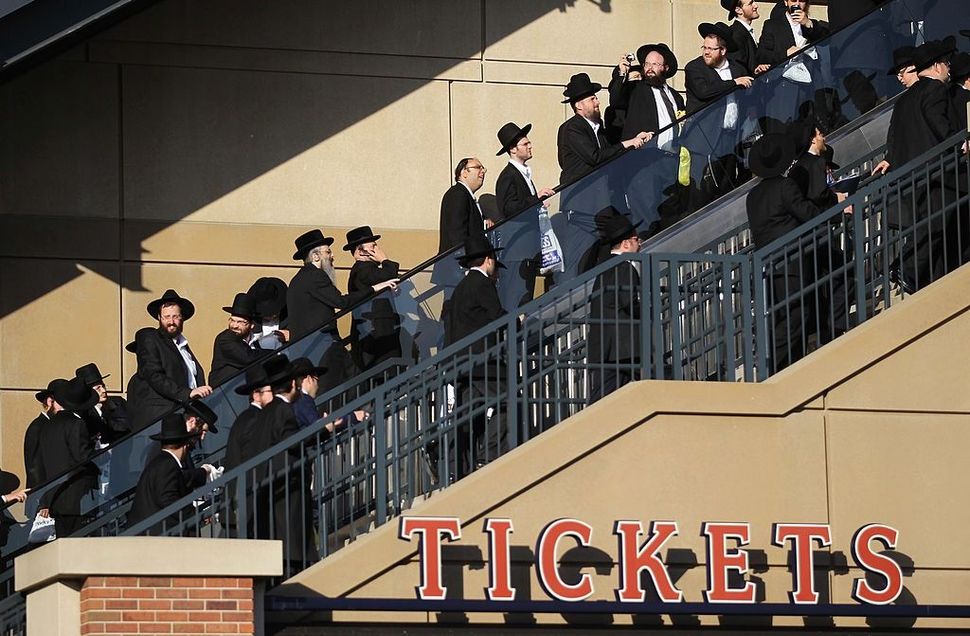 Last year, the journalist Kevin Roose wrote about Caleb Cain, a young, white, twenty-something man who came to sympathize with the alt-right (and then abandon them) simply by watching YouTube videos. Cain’s journey was largely shaped by YouTube’s algorithm, which responded to his viewership by recommending increasingly right-wing content. Roose, who has spent years exploring YouTube’s inner workings, has argued that this algorithm has been an incredible boon to conspiracy theorists and extremists of all types, since it is designed to increase overall viewership by pushing people from popular content towards increasingly fringe offerings. Similar algorithmic complaints have been lodged against Facebook.

By now, the internet’s ability to drive people towards extreme positions has been well documented. In extreme cases, the internet can even lead people to violence. ISIS used the internet as a major recruiting tool, and it is now common for mass shooters — including the one who killed 11 people at the Tree of Life synagogue—to have affiliations with online communities that promote anti-Semitism, white supremacy and neo-Nazism. Even as the internet has proven more crucial than ever to connect people during the pandemic, its angrier corners continue to flourish.

Are there ways to mitigate the danger of the internet? Yes, but not many. Whereas China and other authoritarian regimes actively censor the internet, America largely does not, and online forums are protected from liability through both the First Amendment and safe harbor regulations. Parents, too, can theoretically control their children’s internet access, but these controls are often easy to circumvent — and self control, as you might expect, is often a non-starter.

In practice, then, the power to control behavior and content online lies almost entirely with large technology firms, and the track record of these firms is decidedly mixed. YouTube has tweaked its algorithm, Twitter has ejected users, and Reddit has shut down numerous toxic forums. But when firms choose not to act, there is little anyone can do to force their hands. Mark Zuckerberg has continued to resist calls for fact-checking Facebook content. Forums that actively promote hate speech have been driven off the internet repeatedly, only to reemerge a short while later. Toxic content and conspiracy theories remain readily accessible for anyone who cares to look. This is not likely to change any time soon.

So what is there to do? Ironically, our societal anxiety that the internet pulls communities apart is shared by many ultra-Orthodox communities, even those that ostensibly don’t use the internet at all. While their blanket rejection of the internet is sometimes met with scorn, even among other Jews, these communities’ basic concern — that time on the internet will loosen commitments to shared values and shared beliefs — is widely shared by Americans. But whereas most Americans see the internet’s problems as largely out of their personal control, ultra-Orthodox communities have for decades taken active measures to limit access to online content and forums and have used social pressure to enforce this self-regulation. This communal enforcement of online spaces is detailed extensively in Ayala Fader’s new book, “Hidden Heretics.”

Fader’s new book is about ultra-Orthodox Jews who publicly conform to community expectations while privately reading forbidden literature, watching movies, positing heretical ideas, or breaking any number of Jewish laws. All of this happens secretly — so secretly, in fact, that their own children might not know. Fader, an anthropologist, hides many personal details about her subjects in order to protect their identities. Nonetheless, her analysis is both substantial and riveting. One chapter delves into the complex relationships between double-lifers and their children and spouses; another covers the pathologization of religious doubt, and another looks at how men and women differ in their use of secret communities and how their rebellions are viewed by the larger Hasidic community. Throughout the book, Fader, whose previous study looked at the lives of Hasidic girls, exhibits a remarkable ability to empathize with her subjects while withholding judgment about both the morality of their activities and their communities’ disapproval. Ultimately, the double-lifers are depicted as symptomatic of tectonic shifts in communal authority that are currently underway.

“Hidden Heretics” isn’t entirely about the internet, but the communities it discusses could not exist without it. Since the heyday of blogging in the mid-2000s, the internet has been a uniquely powerful avenue for expressing criticism and validating doubts about communal power structures, social expectations and basic beliefs. With the advent of Facebook, and later WhatsApp, many of these conversations have migrated from the comments sections of websites to closed discussion groups.

None of this has been lost on authorities within yeshivish and Hasidic communities, who have increasingly labeled the internet as a major threat to their way of life. Whereas early criticism of the internet primarily focused on pornography, contemporary anti-internet rhetoric has also portrayed it as a source of dangerous ideas that have the power to destroy families. These concerns were most publicly addressed in the 2012 “Asifa,” in which tens of thousands of men packed Citi Field (and thousands of women watched remotely) to rally against the internet.

This “just say no” approach is more than just an ideal. Over the last decade, ultra-Orthodox communities have developed formal policies, software, and hardware, all designed to disentangle necessary streams of communication from the wider internet. The development of these tools is a growing business that has become an avenue of employment for some Hasidic men, and interest in the software is high enough to support multiple competing filters; Fader reports that the two sects of Satmar Hasidim differ in their choice of censorship software. While these tools are theoretically self-policing, schools have exerted pressure on parents to install this software, sometimes even threatening expulsion if a specific brand of filtering software is not installed.

This control has been very effective. Fader describes one young man who began donating blood on a weekly basis because the clinic was the only setting in his life that contained a television. Double-lifers, whose communities can only exist through clandestine violations of communal norms, will sometimes call themselves marranos, a reference to those Jews who secretly practiced Judaism under the ever-present fear of the Inquisition — and given the very real social consequences that face these double-lifers were they discovered, it is easy to understand why the comparison resonates.

But this is the part of the story where my feelings become more complicated because, as it turns out, many of the ultra-Orthodox communities’ concerns about the internet are shared by just about everybody. One piece of anti-smartphone propaganda, which depicts a group of people bowing to a phone topped with a crown, expresses a concern about addictive technology that is familiar to anyone who uses these devices. Ultra-Orthodox communities are aware that some of their concerns are not unique; Fader describes one anti-internet event in which a speaker cited the journalist Nicholas Carr, who has written extensively about how the internet changes our brains.

Ultra-Orthodox communities are regularly critiqued for the way in which they restrict access to knowledge online; a scene in Netflix’s “Unorthodox,” for example, depicts the main character totally flummoxed by a computer. The problem is that this critique conflates the information being barred with the platform on which that information is located. While there is certainly disagreement about what ideas are healthy for consumption, there is in fact a great deal of agreement about the problems of the platform itself. A Hasidic father worried about his son falling into atheism and a secular father worried about his son taking the “red pill” and becoming a misogynist are fundamentally worried about the internet for exactly the same reason. The difference is that one family relies on the decency of technology firms to limit access to toxic ideas, while the other has the backing of well-established communal norms.

The ultra-Orthodox response to the internet is neither workable nor desirable for most Americans, but the type of response — that is, a check on the internet that comes from communities, rather than corporations or governments — flexes a muscle that many communities, especially religious communities, have forgotten they possess. If the internet is a cesspool because the companies that manage it aren’t good enough at taking out the trash, communities can and should make it their business to set norms around healthy and unhealthy forms of internet use, help members identify toxic online environments, and even help them curtail overall use of their devices. If they are sufficiently large, communities can even lobby tech companies on their members’ behalf.

In emulating ultra-Orthodox methods, new possibilities for regulation will undoubtedly emerge. Because it is viewed as inherently dangerous, Ultra-Orthodox regulation of the internet is almost entirely about censorship and limiting access, an attitude that inevitably invites rebellion. Communities that see the internet as inherently valuable, however, need not stick to these blunt instruments of control; in fact, the more interesting work is in creating a positive vision for how the internet should look. Just as religious norms about behavior in the real world consist of much more than a list of places you’re not supposed to go, religious norms about the virtual world needs to consist of more than just a list of blacklisted websites.

Religious leaders are not always the most technologically sophisticated; many simply don’t have the ability to parse the various forms of internet culture and think about how to use them in a healthy manner, and so they often act as though criticizing online behavior is like pushing against the tide. But, as Fader’s description of the ultra-Orthodox world shows, religions can set norms around online behavior just as easily as they can around behavior in the real world. In reality, the radical indifference of so many religious communities towards regulating internet usage is far more exceptional than Hasidic condemnation. More religious communities should consider stepping up.

David Zvi Kalman is a Fellow in Residence at the Shalom Hartman Institute of North America and the founder of an independent Jewish publishing house. He won a 2018 first-place Rockower Award for his Forward story “The insanely fascinating history of Hanukkah light.”