Who would win in a Ted Cruz-Ron Perlman showdown? 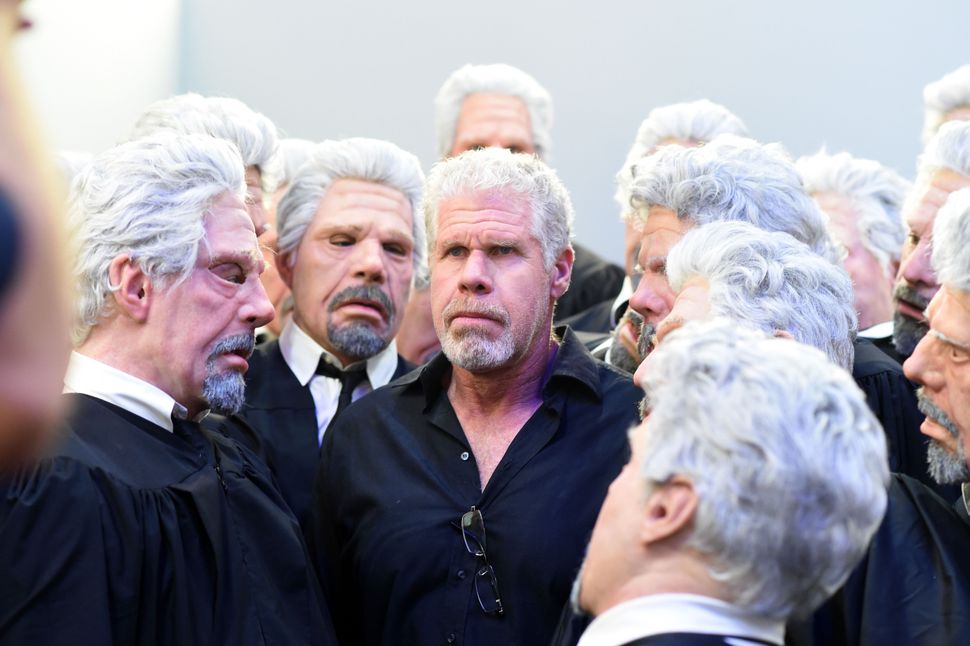 Somehow it’s come to this. There’s a global pandemic, nationwide demonstrations against racism, and in the middle of it all, a sitting U.S. senator has challenged “Hellboy” actor Ron Perlman to a wrestling match.

Monday morning, Senator Ted Cruz (R-Texas), mad over an earlier spat between Perlman and Congressman Matt Gaetz (R-Fla.), let loose on the veteran actor, asking that he face off with another member of Congress for charity.

Listen Hellboy. You talk good game when you’ve got Hollywood makeup & stuntmen. But I’ll bet $10k—to the nonpolitical charity of your choice—that you couldn’t last 5 min in the wrestling ring w/ @Jim_Jordan w/o getting pinned. You up for it? Or does your publicist say too risky? https://t.co/eRerYVe5kj

I’m sorry. We don’t want to imagine Congressman Jim Jordan (R-Ohio) in a singlet, either. But, since it’s out there, we’re inclined to look into the odds. First some stats.

Perlman’s height, going by the reputable website CelebHeights.com, is 5’11” (though there’s he’s been inconsistent in reporting it) and, according to HealthyCeleb.com, he weighs in at around 183 pounds. Jordan, according to Wikibio.us is six feet even and around 181 lbs, with a “strong and huge body type.”

So, they’re in the same weight class at least. But Jordan, as a wrestler and wrestling coach appears to have a slight edge on the mat. (Though he also has allegations he ignored sexual misconduct complaints while working at Ohio State University — charges he denies.)

But throw that match out the window.

Perlman, an outspoken Democrat who briefly flirted with a 2020 run, resented Cruz’s submission of Jordan as his champion and challenged the Texas senator himself.

I tell you what teddy boy, since mentioning jim jordan and wrestling is… problematic, why don’t we say fuck him and just make it you & me. I’ll give 50k to Black Lives Matter and you can keep all the tax payer money you were thinking of spending. https://t.co/6QDwCaEkpv

Now here’s a bout where Perlman would appear to have an advantage. Cruz is 5”10,’ but has also been reported as being 5’8.” His weight? Unclear, though one guy on Quora opined that it was 170 lbs.

Perlman’s a bigger dude and he’s also been an action star for many years, and so, would likely do a bit better in a fight. Just because Ted Cruz can quote Inigo Montoya from “The Princess Bride” doesn’t mean he’s up to his level of combat.

Cruz still insisted on smearing the “Sons of Anarchy” star, known for acting out convincing spates of extreme violence, as a fey Hollywood elite.

I get it, you’re rich. But, apparently, soft. You sure seem scared to wrestle Jordan (whom you keep insulting).

Can’t take the heat? Need to get a manicure? https://t.co/giLnJjZNKr

Perlman, for his part, simply appeared baffled that a U.S. senator would offer his congressional colleague up for a fight at one in the morning.

Teddy, Teddy, what kind of a muthafucka offers to have another guy, probably asleep at the time, kick another guy’s ass? https://t.co/v7EFmP1Mqe

But then, we are living through strange times and maybe trials by combat are making a comeback.

Who would win in a Ted Cruz-Ron Perlman showdown?