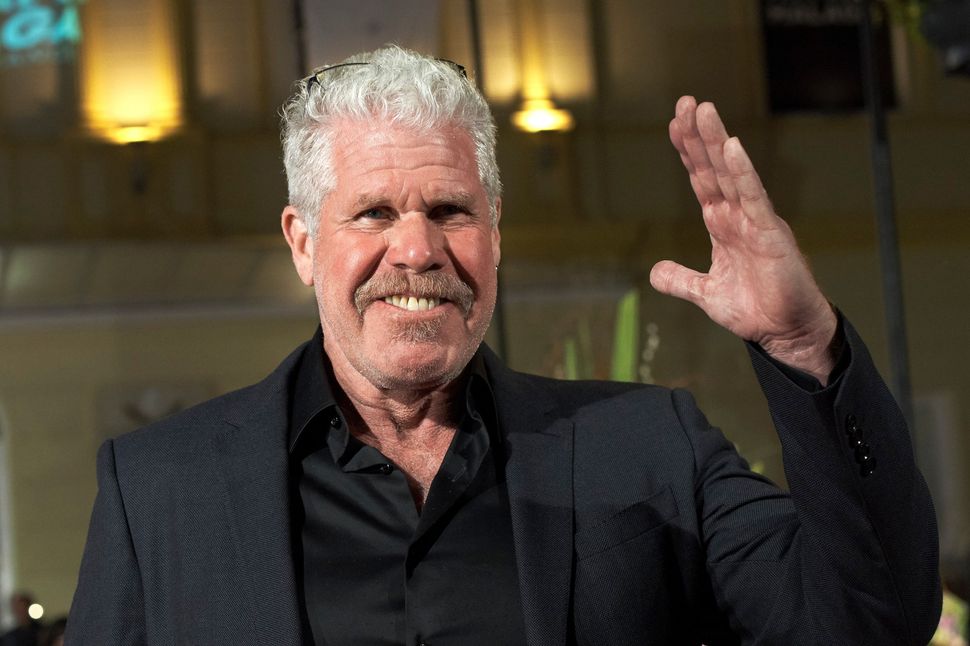 Give Ron Perlman a hand, won’t you? Image by Getty Images

Is it okay to secretly urinate on your hand before shaking another person’s hand if that person is an alleged sexual tyrant?

For a book that’s almost infinity pages long, the Talmud is surprisingly quiet on this issue. Ron Perlman, the leonine actor you may have enjoyed in such films as “Hellboy” or “Hellboy II,” has opened up on this topic in a way the ancient text has not.

The actor tweeted on Monday that once, knowing he was expected to shake Harvey Weinstein’s hand at a charity event, he peed on his hand prior to their meeting. In a seeming non-sequitur mystifying to this vegetarian Democrat, Perlman, who is not tycoon and Jewish philanthropist Ronald Perelman, went on to add that he thinks of this episode every time he sees a photo of Donald Trump eating Kentucky Fried Chicken.

Did I ever tell ya about when Harvey Weinstein told me to make sure I shook his hand at a charity event, so I stopped in the mens room and pissed all over my hand, then went straight up to him on the receiving line? I think about that every time lil donnie opens up his KFC.

We have a lot of questions about this.

1.Did Perlman pee on his hand in a urinal or in a toilet stall? If in a urinal, were others present?

2.How many other hands did Perlman shake before or after Weinstein’s?

3.Shouldn’t their be some kind of DUE PROCESS before we decide to get our hand-pee on other people? (Kidding.)

4.Where is the CIVILITY these days? (Really kidding.)

5.Is Ron Perlman a cowboy of vigilante urine justice to be venerated, or just another famous older man covered in his own piss?

6.Is this the final clue that will lead Robert Mueller to the infamous Moscow hookers Trump “pee tape.”

It’s a lot to think about it. In the meantime, go ahead and give Perlman a hand.