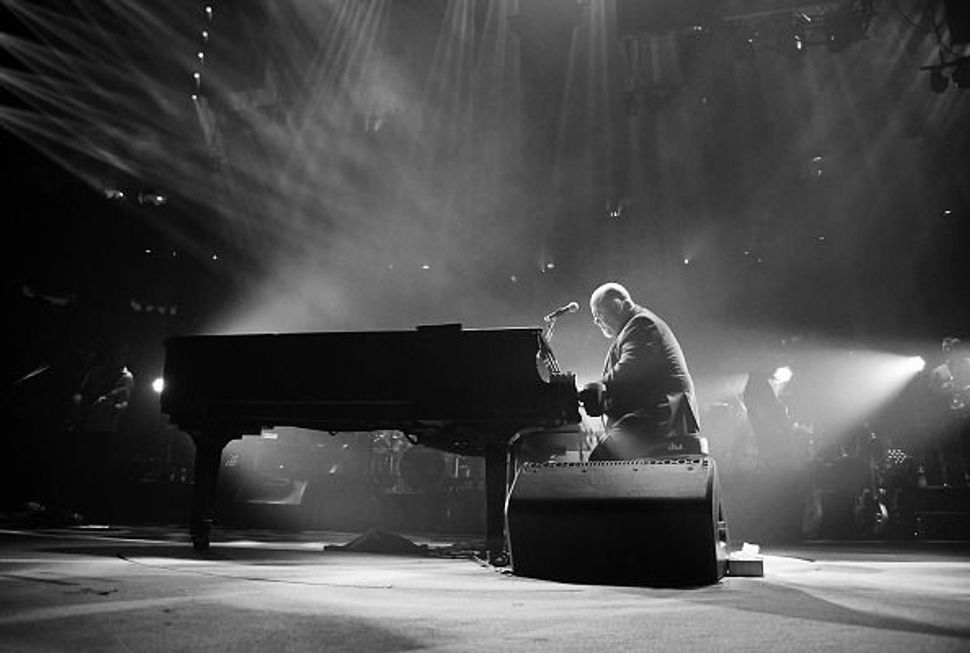 By Adrianna Chaviva Freedman May 9, 2019

Singer Billy Joel turns 70 today, and over forty years after making his debut on the music scene, he’s still selling out concerts and records alike.

New York-born and raised, Joel has become such an icon in American music history that generations young and old have become fans. Although he does not usually discuss his Jewish heritage, he has in recent years expressed his connection to being a member of the Tribe of Israel.

So to celebrate the Jewish singer, here are some songs to listen to:

“We Didn’t Start the Fire”
For a Jewish songwriter, there are a couple of Jewish references laced through the song. Menachem Begin? Check. Albert Einstein? Check. Walter Winchell? Check. He even throws in a little Palestine into it.

“New York State of Mind”
Although there aren’t any direct references to Judaism, Joel does discuss taking the Greyhound bus back home to the most Jewish city in the United States.

“Pressure”
Here, Joel is potentially referring to one of the most common emotions found amongst Jews – anxiety.

“Leningrad”
The song title refers to a significant point during World War II and the Holocaust – a subject Jews are all too familiar with. The singer has even performed concerts wearing a yellow star in solidarity to his family history.

“Travelin’ Prayer”
Although the lyrics reflect no direct Jewish instances, there is a prayer for safe travels found in Jewish liturgy.

“Scenes From An Italian Restaurant”
Oh, the classic image of what every Jewish yente does when she goes out with her friends – gossip.

To finish this round-up, here is a great rendition of “Piano Man” from Hasidic singer Shulem Lemmer: