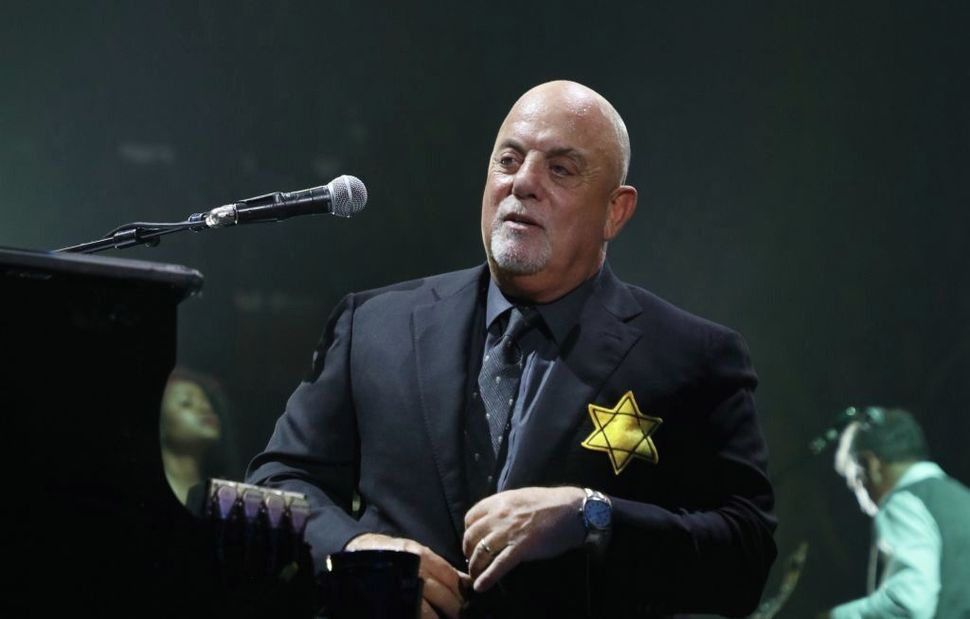 Billy Joel made headlines last August for wearing a yellow star to his sold-out Madison Square Garden concert, which came on the heels of the Charlottesville “Unite the Right” rally.

Joel didn’t make a public comment about the star at the time, but in a new interview with Vulture, he broke his silence regarding his provocative choice, which inspired copycats like Nev Schulman of the MTV show “Catfish.”

“Wearing the Star of David wasn’t about politics. To me, what happened in Charlottesville was like war,” Joel said. “When Trump said there were good people on both sides — there are no good Nazis. There are no good Ku Klux Klan people. Don’t equivocate that shit. I think about my old man: Most of his family was murdered in Auschwitz. He was able to get out but then got drafted and went in the U.S. Army. He risked his life in Europe to defeat Nazism. A lot of men from his generation did the same thing. So when those guys see punks walking around with swastikas, how do they keep from taking a baseball bat and bashing those crypto-Nazis over the head? Those creeps are going to march through the streets of my country? Uh-uh. I was personally offended. That’s why I wore that yellow star. I had to do something, and I didn’t think speaking about it was going to be as impactful.”

After Joel wore the star, his daughter, Alexa Ray Joel, tweeted her support for his decidedly Jewish act: “THAT’S MY POP! Proud Jewish New Yorker Through & Through!!!!”