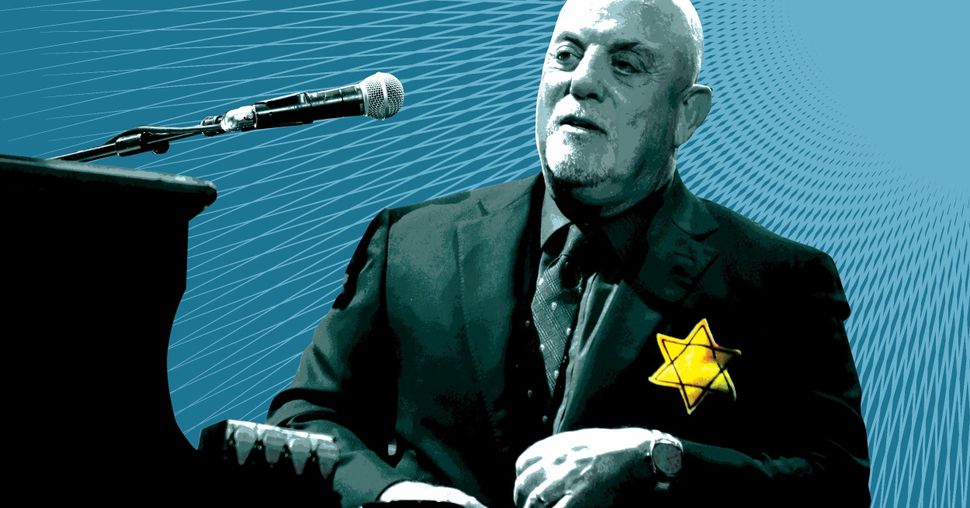 The Piano Man Demonstrates Against Hate

Billy Joel has said that his circumcision was “as Jewish as it gets,” but besides that and other quips about “clipping the tip,” he has never talked much about being Jewish.

Indeed, his attitude toward his background has seemed ambivalent at times: He went to church as a kid growing up on Long Island; he said he was baptized, and he calls himself an atheist.

But after the “Unite the Right” march on Charlottesville, Virginia, this past August, at which white supremacists waved Nazi flags to protest the removal of a Confederate statue, Joel, 68, got loud and proud about being Jewish, wearing a coat that had a yellow Jewish star sewn on it at his monthly Madison Square Garden concert.

The stars were a clear reference to the patches Nazis forced European Jews to wear during the Holocaust, during which, Joel has stated, several of his relatives were killed.

Joel’s father was a Holocaust refugee, fleeing to the United States from Germany via Switzerland and Cuba — and was also a classically trained pianist.