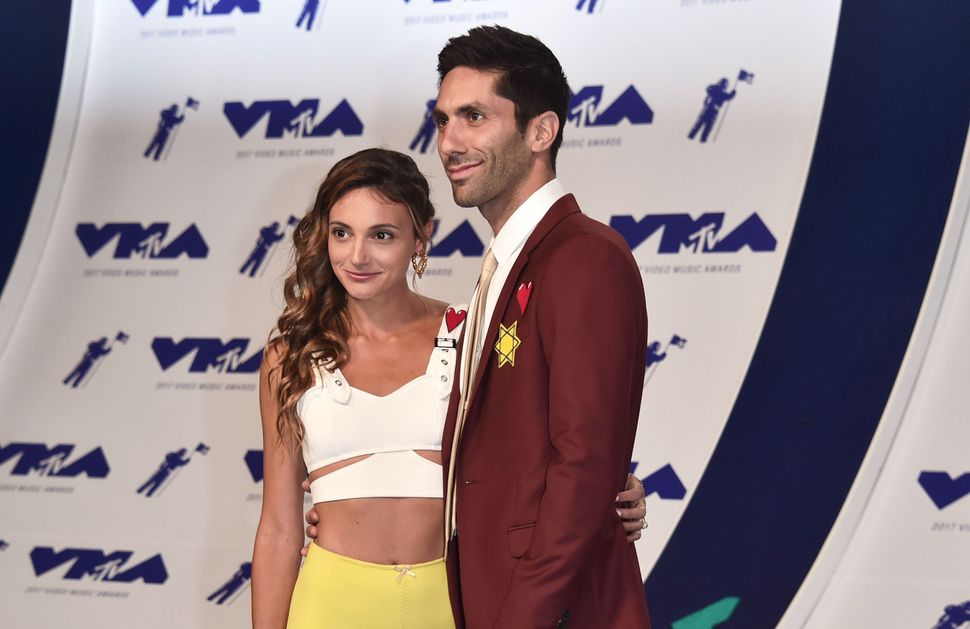 While some stars kept quiet about their political beliefs Sunday night at the Video Music Awards, others wore them right on their sleeves.

Nev Schulman, the man who has made a career out of dropping bombs on innocent people’s romantic delusions, proudly fastened a yellow star to his red carpet outfit.

In an interview with Page Six, Schulman said he felt compelled to wear the star in the wake of the alt-right rally in Charlottesville, Virginia two weeks ago.

“Since the unbelievable display of anti-Semitism and also with the white supremacy in Charlottesville, there’s been an alarming rise of anti-Semitism across the country in the last few weeks,” he said. “People who somehow now think it’s OK to vandalize synagogues or in Boston, someone smashed the Holocaust memorial. It’s scary because we can’t live in a country that allows for this hatred to be displayed on a regular basis without some kind of show on the other side.”

Schulman’s public display of Jewish pride comes after Billy Joel donned a yellow star on stage last week. Schulman was joined by his “Catfish” costar, Max Joseph, who wore a T-shirt with “Jew” spelled out in large white letters. Jack Antonoff, Lena Dunham’s boyfriend and dog daddy, also displayed his Jewish heritage by wearing a star of David around his neck.