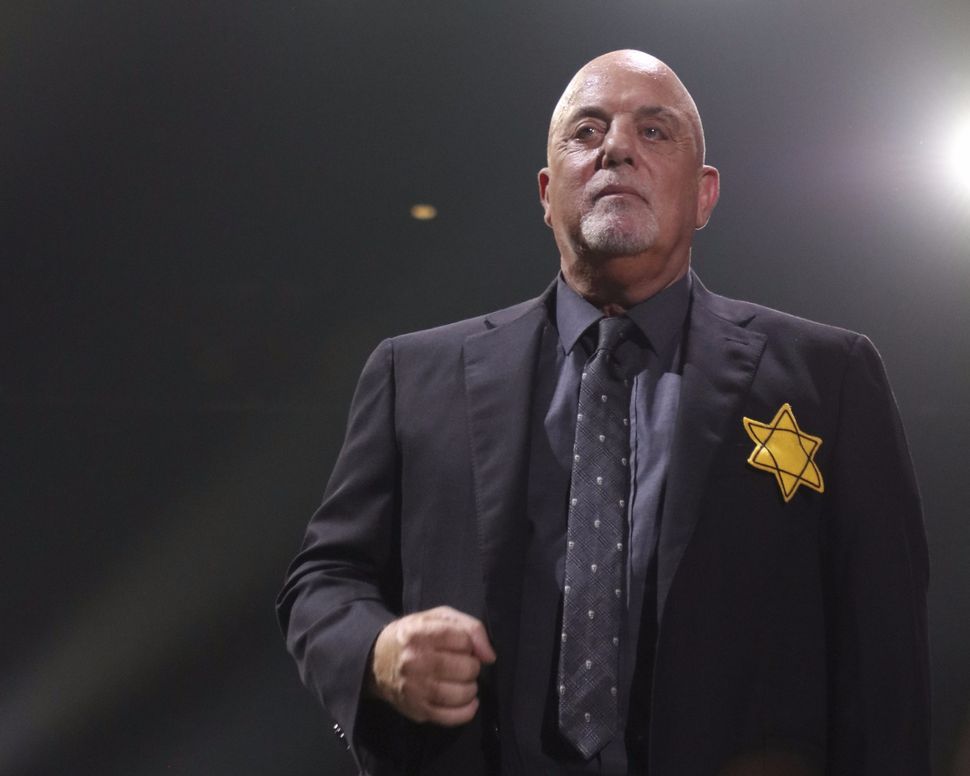 Monday night at a sold out concert at Madison Square Garden, Billy Joel made a rock and roll statement with just a piece of cloth: a yellow star, pinned to his lapel.

Without referencing that star, or the one pinned to his back, Joel quietly announced his public opposition to the rising tides of neo-Nazi and white supremacist sentiment. This was a departure for Joel who has stated to “Rolling Stone” before that “haranguing the audience about what’s going on politically” is annoying to concert-goers, and that Joel himself tries “to stay out of politics.”

But Joel, whose yellow stars echo the stars Jews were forced to wear as identification during the Holocaust, has clearly made an exception for an issue that is close to his heart. The 68-year-old’s grandfather escaped Nazi Germany in 1938. The singer also had relatives who were murdered during the Holocaust. During the concert, Joel serenaded the audience with “Goodbye To You” while pictures of former Trump staffers, among them Steve Bannon, were projected behind him.

Joel’s actions seem to echo the famous story of King Christian of Denmark, who wore a yellow star and encouraged all of his fellow citizens to do so in defiance of the instructions of Nazi occupiers. A cursory look into this historical episode reveals it as a legend based on King Christian’s actions rather than a true story.