14 films to watch for Pride 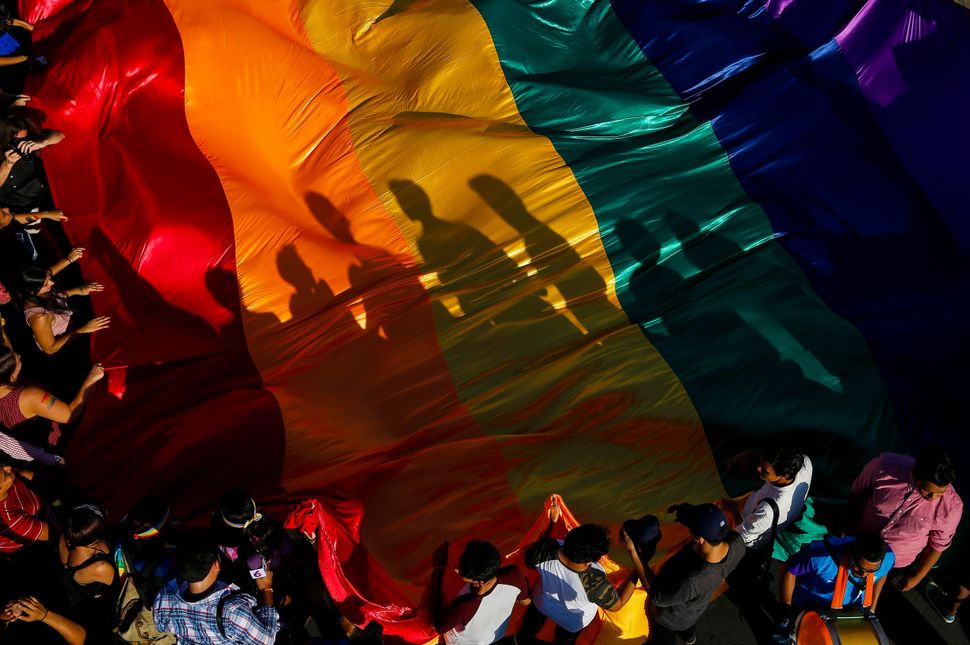 Activists take part in the Gay Pride Parade in Managua, on June 28, 2017 Image by Getty/AFP Contributor

It’s a Pride Month like no other. The Trump administration revoked Obama-era health care protections for transgender patients. At the same time, the Supreme Court made a historic ruling in defense of queer people’s right to employment. JK Rowling has decided to pen a manifesto insisting on the saliency of “biological sex” — to the grief of many fans — and thousand mobilized across the nation for Black Trans Lives Matter rallies. Meanwhile, Pride parades have been cancelled as we face a pandemic and a nationwide reckoning with racism.

With all the tumult and uncertainty, we should be sure to take time for ourselves, even if it’s just for the length of a movie. Here are our picks for some of the best LGBTQ films to watch during Pride — that aren’t the ever popular (but still good) “Call Me by Your Name.”

The right film won Best Picture in 2017. Divided into three parts, “Moonlight” follows Miami native Chiron as he grows from a lonely, neglected child to a young man hardened by years of bullying and abuse. Jenkins’ finely-calibrated colors and tones deliver a painterly meditation on black masculinity, both toxic and tender, as Chiron comes to accept love.

Where to watch: Criterion Channel; Not rated — the equivalent of NC-17

Named the “cinematic Rosetta Stone of female sexuality” by B. Ruby Rich, Akerman’s first feature film stars herself as an aimless young woman who doesn’t do all that much. Alone in her room she repaints her furniture, writes a letter, gorges on sugar and then leaves to take lovers: first a man, then a woman (her ex). The film is a bold full-length debut, with a real-time sex scene that prefigures “Blue is the Warmest Color” — without that meddlesome male gaze.

Where to watch: Criterion Channel, Kanopy; Not rated — would be an R

Hong Kong couple Ho Po-Wing and Lai Yiu-Fai maybe shouldn’t have taken that trip to Buenos Aires. They split soon after, but then, this classic of New Queer Cinema hints that wherever you go, there you are. If you liked “Normal People,” you’ll probably like this pair’s dynamic. Fai and Po-Wing make up and break up across continents, but can’t seem to shake each other’s influence or forge any other meaningful connections. To this day, the film remains the best use of its namesake Turtles song

Where to watch: Amazon; Rated R

Based on Fassbinder’s play of the same name, this tale of obsession and power between the titular fashion designer and her roommate is something of a fashion show. Recalling Jean Genet’s “The Maids,” Petra plays dress up in a series of wigs in her claustrophobic apartment bedroom, living out her fantasies of control and losing her sway over a young model. A study of codependency and toxic attraction, it features an all female cast while examining Fassbinder’s own tortured attraction to a young male actor.

Where to watch: YouTube; Not rated — would be NC-17

Genet was a thief, playwright, poet, novelist, activist and — just once — a filmmaker. But, so great was his influence in his one foray behind the camera that he inspired the films of Andy Warhol and Derek Jarman. Set in a French prison (a setting Genet knew well) the film is all about power and its subversion, as a voyeuristic guard watches the relationship between two inmates in neighboring cells. The barrier between the prisoners forces them to get creative. If the metaphor seemed pat, Genet still surprises with some help from cinematographer Jean Cocteau.

Look, Sean Penn is problematic. And, this movie doesn’t quite capture how politically savvy Harvey Milk truly was, opting instead to capture his humor and kind spirit. But it nonetheless captures the growing momentum of the gay rights movement and life in the Castro before the AIDS crisis devestated the community. If you want a primer on gay history, you could do much worse. (Cough, “Stonewall.”)

The HBO miniseries adaptation of Tony Kushner’s gay fantasia is essential viewing. Treating the themes of legacy, oppression and finally, hope, Kushner’s cri de coeur for the AIDS era has a new resonance in the Trump era. Another president is now feckless in the face of a health crisis and openly hostile to the healthcare of trans individuals. And right there in Kushner’s plot, like one of Prior Walter’s prophetic visions, is the man who mentored Trump: [Roy Cohn.](https://forward.com/culture/qa/448983/why-roy-cohn-a-bully-and-coward-was-also-a-victim/

“Portrait of a Lady on Fire” (2019) Director: Céline Sciamma

One could sum up the plot of “Portrait of a Lady on Fire” to the tune of the Avril Lavigne classic “Sk8er Boi”: She was an artist. She was a lady. Can I make it any more obvious? She was engaged, she painted her. The rest is a blur. She wanted her. She’d never tell. Secretly she wanted her as well. They talk about myths — that Orpheus — then they share that hot cave kiss!

This comedy follows trans sex worker Sin-Dee Rella, who learns her boyfriend and pimp, Chester, cheated on her with a cis woman while she was doing a stint in prison. Filmed entirely on iPhones, “Tangerine” has the dynamic immediacy of viral videos but also a huge heart capable of softer beats reflecting on relationships and friendships. As in his follow up, “The Florida Project,” Baker has a gift for finding actors and letting them ignite his stories with energy and verisimilitude. You’ll laugh, you might cry and with all of Sin-Dee’s donut shop visits, you’ll definitely walk away wanting a cruller.

Where to watch: Amazon Prime; Not rated — would be PG/PG-13

The first gay Bollywood rom-com made headlines with its release earlier this year. Packed with musical numbers and outlandish subplots, the film bundles a message of acceptance into a familiar Bollywood presentation as a gay man’s conservative family becomes aware of his, er, less than buttoned-down partner. If you’re looking for a light and family friendly option for Pride, this is a must.

Where to watch: It can be purchased on the filmmaker’s website; Not rated — would be NC-17

The late Barbara Hammer was the godmother of lesbian film. In this, her first feature documentary, she interviewed gay and lesbian couples and showed others having sex. It’s at once an intimate window into the lives of her subjects and a broader history of LGBTQ discrimination and adaptation in the 20th century. Concerned that gays had been overlooked in the historical narrative, the film also offers viewers a glimpse of the first American gay film, 1933’s “Lot in Sodom” and a disquisition on Willa Cather’s sexuality. Like the best of Hammer’s work, it’s inventive, provocative and steeped in rich ideas.

This documentary about ball culture in the 1980s remains a sacred text for the drag community. We have it to thank for a wider awareness of voguing and the well-named pastime of “reading someone to filth.” The film chronicles the end of an era for the New York ball scene and deals frankly with the still-present issue of gay and trans homelessness. You don’t need to be a Ru Paul fan to appreciate the doc. At its core, it’s a look at a culture developing its own language and the hostile outside world that prompted its creation.

The Wachowskis’ first film is, on a shoestring, as bold in ideas and execution as “The Matrix,” notable for being a mainstream film with lesbian protagonists whose sexuality was more or less incidental. Ex-con Corky meets Violet and the two enter into a romance before scheming to rip off Violet’s mobster boyfriend. “Bound” is violent, sexy, meticulously plotted and even had an on-set sex educator and feminist writer in Susie Bright well before the era of industry-wide intimacy coordinators. Like so much of the Wachowski filmography, it’s begging for a close queer reading.

Yes I know. “Philadelphia,” with its now infamous hug between gay lovers, is incredibly staid by the standards of today. But for its time, its impact can’t be overstated. The Oscar winner (for Tom Hanks as Best Actor and Bruce Springsteen for his song “Streets of Philadelphia”) was seen by a broad swath of the country and was a major boon for gay representation in mainstream film. Its story of a gay lawyer fired for his AIDS status was a victory for the country’s collective empathy. It’s possible the lessons of the film were remembered by a certain conservative Supreme Court justice as he wrote his decision on employment discrimination earlier this week.

14 films to watch for Pride