What John Bolton’s tell-all tells us 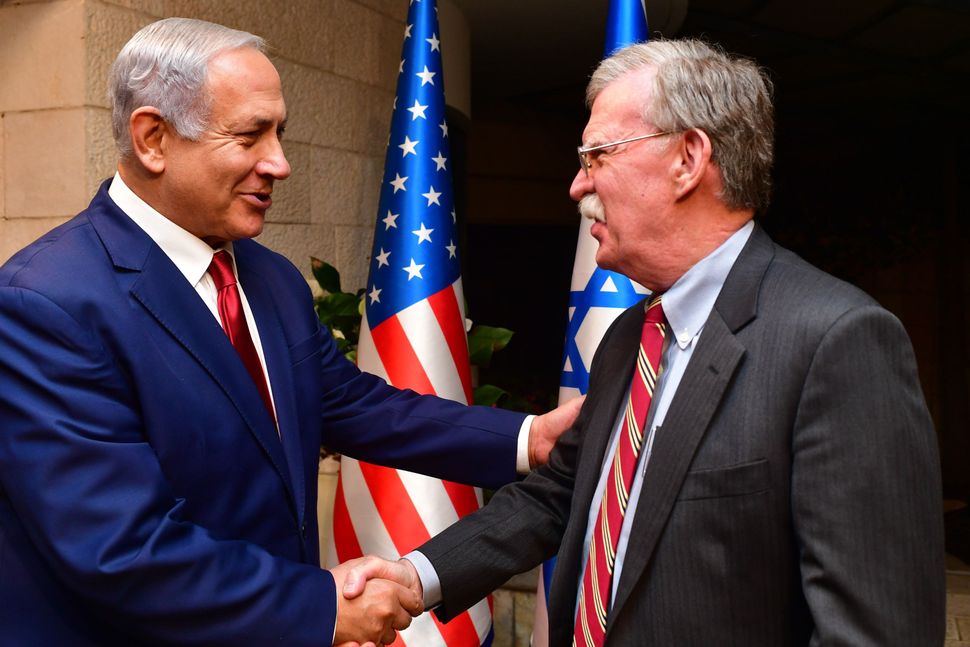 Vladimir Putin digs Bibi Netanyahu. Jared Kushner screens Netanyahu’s calls. Donald Trump thinks that Chinese concentration camps are the right move and would support an Israeli strike on Iran. These are some of the insights in John Bolton’s long-awaited memoir “The Room Where It Happened,” out today from Simon & Schuster. He’s not holding much back in his account and he often gets a bit catty when speaking about the political novices in his midst. Here are a few major takeaways from Bolton’s White House tenure.

According to Bolton, the president’s son-in-law regularly asked him to weigh in on his “never-quite-ready Middle East peace plan.” Bolton is not the only one who was dubious about Kushner’s prospects for success in that arena. Of a meeting with Netanyahu:

“He was enough of a politician not to oppose the idea [of putting Kushner in charge] publicly, but like much of the world, he wondered why Kushner thought he would succeed where the likes of Kissinger had failed.”

2) Kushner does it all

It’s not just the Middle East where Kushner found himself out of his depth. Per Bolton, Kushner was on the horn with the Mexican government trying to work out a fix on immigration. John Kelly was heard to blurt out in the Oval Office, “Why is Jared calling the Mexicans?” To which Trump responded, “How else are we going to stop the caravans?” Once, Bolton recalled, while he was speaking with Stephen Miller about immigration policy, Jared poked his head in to ask “Can I join the conspiracy?” He even called the the Turkish finance minister about tariffs and share their experiences of being the son-in-law of a world leader placed in a top government role by dint of nepotism.

3) Kushner blocked a call from Netanyahu

In 2019 Trump insisted on meeting with Iranian Foreign Minister Mohammad Javad Zarif at the G7 summit. Bolton was opposed to the meeting, and so was Netanyahu. Kushner would not let a call from the Israeli prime minister get through to Trump because “he didn’t think it was appropriate for a foreign leader to talk to Trump about who he should speak to.”

One of the more infamous moments in the Trump presidency — the Russia-U.S. meeting in Helsinki — involved a long, private rap session. One of the topics of conversation in the closed door meeting was Putin’s account of a meeting with Netanyahu, where Putin failed to commit to driving the Iranians out of Syria and was wishy-washy on agreeing to establish a “permanent border” in the Golan Heights. According to Trump, Putin said he “liked Netanyahu.”

Bolton wrote that Trump, at the Osaka G-20 summit in June 2019, listened to Chinese president Xi Jinping’s case for building concentration camps for the country’s Uighur Muslim population. The conversation was just between Trump, Xi and interpreters, but reportedly included a damning affirmation.

“According to our interpreter, Trump said that Xi should go ahead with building the camps, which Trump thought was exactly the right thing to do.”

6) Trump said he’d back an Israeli attack on Iran

“You tell Bibi that if he uses force, I will back him. I told him that, but you tell him again,” Bolton recalled Trump saying in an exchange. Bolton said the comment was completely unprompted. In the book, Bolton expressed dismay that Trump’s decided against a disproportionate reprisal attack on Iran. He was miffed by the Trump’s decision, which he was still sore about as he made his way to Israel.

What John Bolton’s tell-all tells us