A right-wing group is pranked by Sacha Baron Cohen — again 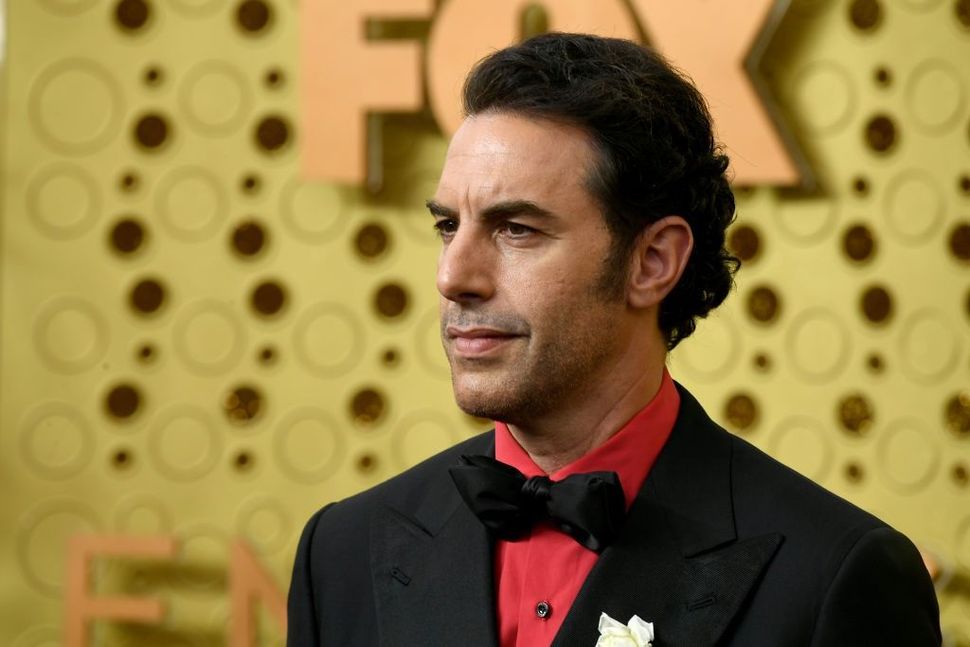 Once again proving the adage, often attributed to H.L. Mencken, that no one ever went broke underestimating the intelligence of the American people, Sacha Baron Cohen resurfaced on Saturday June 27, spending his Shabbos at a “March for our Rights” rally in Olympia, Wash.

Dressed like a Halloween scarecrow in a pair or overalls, and trying out a gruff and not-entirely-convincing accent of indeterminate origin, Cohen led a crowd of perhaps, uh, dozens in a paranoid, racist singalong that fantasized about injecting Barack Obama, Dr. Anthony Fauci, George Soros, Hillary Rodham Clinton, the World Health Organization and others with the “Wuhan flu” or “chopping them up like the Saudis do.”

As the song grew increasingly unhinged, Cohen even threw in some Jews-run-the-media conspiracy theory to inspire the crowd, singing, “CNN — they spread fake news; they’re controlled by the you-know-who’s.”

Close observers immediately drew parallels between this stunt and one Cohen pulled as Borat, getting Arizona bar-goers to gleefully sing a ditty entitled “Throw the Jew Down the Well.”

David Simon, for one, was impressed.

Balls out. This guy dares. https://t.co/i30UKoCL6S via @thedailybeast

The Washington Three Percenters, the right-wing militia group that sponsored the event, were less amused. “Can’t wait for the video of me throwing Cohen off the stage,” one of the organizers tweeted.

We’ll look forward to the video too, most probably when it shows up on season two of Cohen’s Showtime series “Who Is America.”

A right-wing group is pranked by Sacha Baron Cohen — again