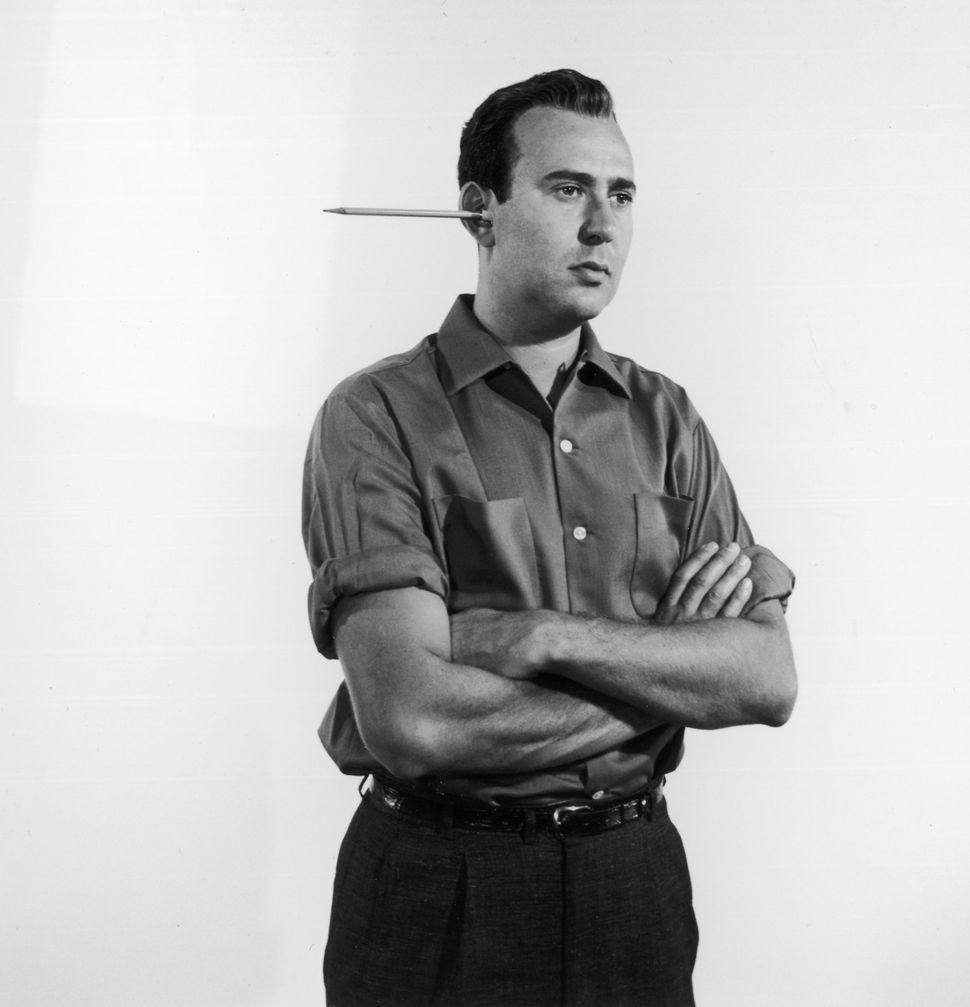 Carl Reiner, who died on June 28 at age 98, was that most unusual of performers, a funny straight man. A collaborative artist of uncommon skill, he is perhaps most celebrated for having created and written the 1960s sitcom “The Dick van Dyke Show,” originally intended for himself to star in. Dismissing rumors that producers found him “too Jewish” in the autobiographical role of a comedy writer, Reiner always accepted that a different actor, Dick van Dyke in this case, would be more suitable. Everywhere else, Reiner was ideal playing the part of himself.

His longest-lasting, if intermittent gig, was as interviewer to Mel Brooks’ 2000 year-old man routine,. Both men later analyzed the lasting success of this shtick, concluding that just as in a vaudeville partnership, the straight man wrote, guided and sometimes even owned an act, so in speaking to Brooks as the 2000 year old man, Reiner’s questions (“Did you ever meet Joan of Arc?) and serious declarations (“2000 years old? I find that hard to believe!”) were essential comic grounding for Brooks’ hysterical riffs.

Reiner’s memoirs such as “My Anecdotal Life”, “I Remember Me”, and “How Paul Robeson Saved My Life and Other Stories” recount how he was born in the Bronx in 1922 to an Austrian Jewish mother and her husband, a Romanian Jewish watchmaker and amateur inventor.

As a boy, as he later told TV Guide,, comedy seemed a plausible career field since “radio had some of the funniest comedians. With the exception of Fred Allen, they were all Jewish — Jack Benny, Eddie Cantor, George Burns. And somebody said, ‘You can do it if you’re Jewish — look at these people.” Reiner also relished such now-forgotten comedians as Lou Holtz (1893–1980) an American Jewish vaudevillian whose “Lou Holtz Laugh Club” on radio often guest-starred Fanny Brice. Reiner told “Moment Magazine” in 2013: “All people who are victims of prejudice, downtrodden people, have two things to do: They can moan or they can make fun, they can lift their spirits by finding the humor in the horror, and the Jews have been able to do it since Moses’ time.” He also noted to “A.V. Club” that Jewish wit is “…downtrodden humor. Blacks have had the same ability to be funny, because when you denigrate people, they have two ways to fight back—with their fists and guns, or their mouths. And mouths are seemingly the easiest way to not get hit back. If people are laughing, they’re not going to hit you.”

After finding humor even during wartime service, Reiner performed in such Broadway musicals as “Call Me Mister” before joining a friend of Brooks’, Sid Caesar, in the now-legendary “Your Show of Shows” TV program. Caesar’s extreme comedy, to the point of derangement, prepared Reiner well for his decades working with the zany Brooks, who would himself later join the show.

One skit, a take-off on the then-popular sentimental show “This is Your Life,” features Reiner as a strapping, extroverted host faced by a subject, Caesar, who vehemently tries to escape being featured on the program. Howard Morris appears as Uncle Goopy, who needs to be pried away from savage embraces of Caesar. Reiner recalled at the 2014 Los Angeles Jewish Film Festival, that when he finally saw a tape of the broadcast:

“I heard a woman’s voice screaming with laughter, the highest-pitched laughter, cackling! And I realized that woman was me. That is the single funniest sketch ever done. John Cleese had never seen it, and someone sent it over to the Monty Pythons to look at it. He said he had to get off his chair, lay on the floor, and not look at the screen because he was afraid he was going to die.”

The intensity of physical comedy, with Caesar being dragged up aisles and onstage, and slapping away Reiner’s embracing arm countless times, is capped by Reiner’s own amazing one-armed lift of Morris away from Caesar’s body and depositing him on a nearby sofa. This inspired bit of slapstick, totally in key with Caesar’s manic physicality and savage physical strength, was impromptu comic lunacy pushed past the point of danger. Reiner later modestly explained about this sketch, which has been called the funniest comedy sketch ever, “I didn’t know I could pick up Howie like a loaf of bread.”

Reiner discovered further strengths as a writer and director of comedy films, including “Where’s Poppa?” (1970), with George Segal as Gordon Hocheiser, a lawyer trying to deal with his senile mother, played by Ruth Gordon; “Oh, God!” (1977) with George Burns as a wry Yahweh, and “Dead Men Don’t Wear Plaid” (1982), one of a quartet of films Reiner made with Steve Martin, an homage to Hollywood film noir.

As Reiner’s career stretched into old age, playing the con man Saul Bloom in Steven Soderbergh’s “Ocean’s Eleven,” “Ocean’s Twelve,” and “Ocean’s Thirteen,” in 2008 he suffered the loss of his wife of 64 years, the singer Estelle Lebost. Estelle Reiner was immortalized in a one-line appearance in their son Rob Reiner’s film “When Harry Met Sally,” as a deli patron ruefully wise-cracking “I’ll have what she’s having” after Meg Ryan’s noisy faked orgasm. In later years, Reiner had a regular dinner companion at home, his old friend Mel Brooks, also a widower, and the two diverted themselves by marvelling justifiably at each other’s comic minds.