Remembering Jean Daniel — a journalist of unshakeable distinction and integrity 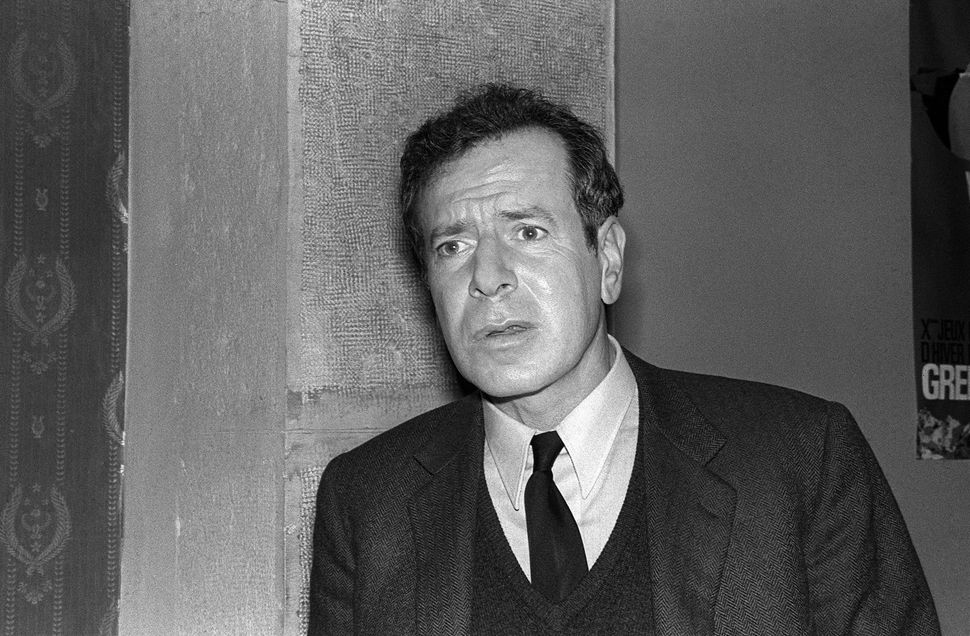 Jean Daniel, who died in February at age 99, was born Jean Daniel Bensaïd to a Jewish family in Blida, northern Algeria. He spent his long life analyzing his feelings of Jewish identity in memoirs, while also producing a mountain of political commentary as founder and executive editor of Le Nouvel Observateur.

It is perhaps unfortunate that he is better known to English language readers for the latter than the former. In 2002, his earlier autobiographical books were collected by Grasset Publishers in a volume 1700 pages long and his “Mirrors of a Life’(Gallimard, 2013) contains intriguing glimpses, such as how he acquired his pen name. Unlike such French Jewish authors as Pierre Nora (whose family name was originally Aron); André Maurois (born Émile Salomon Herzog); and Edgar Morin (born Edgar Nahoum), Daniel and his parents did not dispose of a Jewish-sounding name to better assimilate in France.

Instead, after military service in the Second World War, he was writing speeches for French president Léon Blum and needed an alias for journalism. Daniel’s reflections on personal identity have always seemed designed exclusively for himself, and his meditative books retain their quality despite remaining untranslated.

His only recent book translated into English originated was a more polemic effort, “The Jewish Prison: A Rebellious Meditation on the State of Judaism” (Melville House, 2005), revealing a parochially French point of view hardly designed to apply to Jews elsewhere.

Daniel wrote: “I don’t consider myself chosen and I still don’t know what it means to be a Jew.” Nevertheless, he affirmed: “I am a Jew by solidarity,” while rejecting an observant life for himself (part of the “prison” of his title): “If you enter [the prison], everything is fine, but if you leave, you are a renegade. I prefer to be able to decide at any moment who I am.”

This ever-shifting sense of Jewish identity did not prevent alliances with a series of Jewish politicians, from Pierre Mendès France who served as France’s Prime Minister from 1954 to 1955, to David Ben Gurion. Daniel idolized the great French Jewish anthropologist Claude Lévi-Strauss (1908-2009), and saw him as a model of how to grow old.

As Daniel told the magazine Le Point in 2012,,Lévi-Strauss in old age was mostly silent, and “when he spoke, it was with a mixture of resigned disenchantment and ironic distance.” One day Lévi-Strauss, displaying his “wisdom,” told Daniel, “I no longer live in this world, I exist elsewhere, but I have quite a good life.”

Aspiring to this empyrean view if never quite achieving it, even in his nineties Daniel claimed to be a “sensual obsessive,” appreciating the company of beautiful women and the wonders of nature. Looking back on decades of journalism, he was rightly proud of his articles during the Algerian War in which he criticized the French Army’s policy of torturing opponents, Daniel was close enough to the front lines that in 1961 to receive a gunshot wound from a French soldier, requiring nine operations.

Before this mishap, he astonished political allies by expressing his approval of General Charles de Gaulle, and refusing to sign a “Manifesto of the 121” (1960) in which far-left and far-right French intellectuals joined to oppose de Gaulle and support Algerian independence.

Daniel was likewise an independent on the subject of the Middle East, which he likened to a “Greek tragedy.” Instead, he addressed Israel and the Palestinians with this paradox: “Friends, one day you will make peace, because you are both equally in the wrong.” Online commenters were duly outraged, such as one who noted in 2012, “I could never stand [Daniel]. He always gives the impression of being a martyr on earth, with his unpleasantly sweet, honeyed voice. He always makes me think of Kaa the Snake in the animated film “The Jungle Book”.”

Jewish readers familiar with Daniel’s probing autobiographical writings would reject this serpentine image, and replace it with one of a venerable, inward-looking journalist of unshakeable distinction and personal integrity.

Remembering Jean Daniel — a journalist of unshakeable distinction and integrity