In a horror master’s rare TB films, warnings for a future pandemic 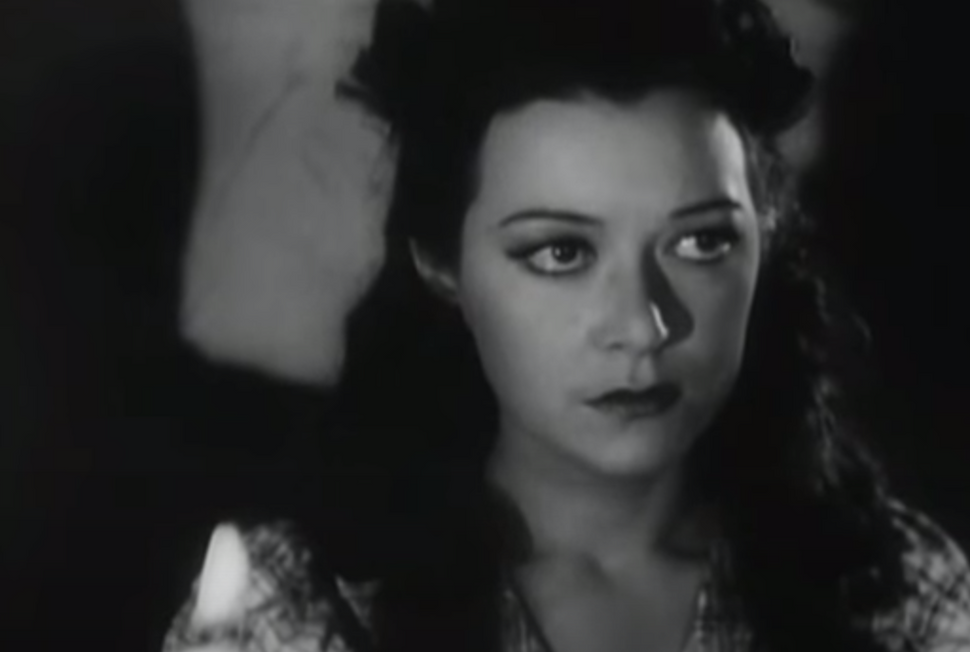 Edgar Ulmer, the prolific and peripatetic film director, best known for his 1945 noir, “Detour,” spent much of his career as an exile — first from Europe and then from Hollywood. He directed Yiddish classics, such as “American Matchmaker” and “Green Fields.” In the early part of his career, he worked with F.W. Murnau, Billy Wilder, Max Reinhardt and other Berlin wunderkinder. His lone studio feature, the 1934 “The Black Cat,” was a haunted gothic allegory replete with Art Deco sets and expressionistic effects, and was the first motion picture to feature both Bela Lugosi and Boris Karloff (they each found later fame performing screen versions of “Dracula”).

But some of Ulmer’s most prescient projects were the little-known public health films he directed in the 1930s and early 1940s. Even when he was working for hire on shorts commissioned by the National Tuberculosis Association, he relied on techniques that he had honed directing tales of suspense and the supernatural. And the imagery and dialogue evoking disease vectors overlap genres. In Ulmer’s world, even a scant pot of chicken soup can make for a subtle scene of horror; sunflower seeds may sow impending doom; and a moonlit swim becomes a death sentence.

As a Moravian-born, German-speaking Jew who grew up in Vienna attending a Habsburg-era Jesuit school, Ulmer might have been drawn to this subject by his adolescent experiences. His father served in the Austro-Hungarian army during the Great War, but died of infection not in battle, and the teenaged Edgar said he was traumatized for life by the experience of having to identify the body.

Ulmer and screenwriter spouse Shirley Castle Ulmer (sometimes billed as Sherle Castle) pioneered independent cinema before “indies” really existed. Aspiring to some higher purpose and expression even in the most bare-bones industrial projects, their macabre lighting effects and set design harken back to the director’s German Expressionist roots.

Ulmer’s dystopian 1939 shtetl film “Fishke der Krumer” [Fishke the Lame], the third of his four Yiddish movies, was once dubbed “The Shtetl of Dr. Caligari” by the Village Voice. It concerns an indigent couple whose relationship becomes a nightmare when their culture refuses to embrace scientific knowledge and modern medicine. The film culminates in the mageyfe khasene (plague wedding) of Fishke and his blind beloved Hodl, set in the midnight cemetery of Glubsk or “Foolsville,” a frighteningly backward place based on writings of the enlightenment-minded 19th-century Yiddish author Mendele Moykher Sforim. Scenes of superstitious desperation unfold after dire warnings about public health and hygiene are ignored by the makhers in charge, leaving the town stricken by cholera.

Already in the film’s eerie erev shabbes dinner table scene, lurking danger is expressed through both sight and sound. Close-ups reveal spoons converging on the soup pot, then returning for the dread double-dip; subtle but foreboding music is heard as the camera zooms in and out.

In the end, Fishke and Hodl maintain their dignity by fleeing the stigma of their status as a ‘kholeriye’ bride and groom, presumably while retaining their wedding gifts as they make a new life in progressive Odessa, a place with both doctors and hospitals.

Some Ulmer scholars argue that the engulfing cholera in “Fishke” symbolizes the imminent threat of Nazism. Between the date of the production wrap and the film’s release, Hitler had invaded Poland. Though on many levels it seems that the epidemic in this story may be just that, and cholera and tuberculosis are very different communicable scourges, parallels do exist between this Yiddish feature and Ulmer’s TB films. Those films were co-sponsored variously by the National Urban League, Works Progress Administration (WPA), Veteran’s Administration, US Office of Indian Affairs, and the Tuskegee Institute.

Of Ulmer’s six TB shorts, three were filmed on-location among targeted specific minority communities — in Tuskegee, Ala.; San Antonio, Texas; and Window Rock, Ariz. Despite minimal production values, the films featured richly-ornamented local music and dance performances. Their relevance and resonance in 2020 is crushing, emphasizing the unique vulnerability of impoverished, hard-working communities of color to the ravages of a deadly, highly-infectious respiratory disease.

“Let My People Live” (1938), a 15-minute short devoted to African-Americans, opens with an introductory warning to Tuskegee students about their particular susceptibility to TB: “The reason is, the great majority of our homes are poor, and our work is hard, and we don’t have money to get treated when we should. It can be cured, but only if treatment is started soon enough.”

“Let My People Live” is graced with a soundtrack of spirituals sung by the Tuskegee Choir, including “Swing Low Sweet Chariot” as a young man’s bus carries him home to his dying mother. Dialogue dispels the idea that tuberculosis is inherited or inevitable within families, and the notion that “roots, herbs, and teas” can help fight “consumption” is also rejected. For his finale, Ulmer uses Handel’s “Hallelujah Chorus,” Western classical music signaling the triumph of Western medicine.

Ulmer’s Mexican-American “Cloud in the Sky,” made in the same year as “Fishke” and “Moon Over Harlem,” has some lines that are almost exactly the same ones that appear in the Yiddish movie. Filmed in both Spanish and English, “Cloud” has a soliloquy that does triple duty. The Catholic padre tells Consuelo [“Consolation”] that, while the church may console her, “God has made us to understand and to know. He has given us intelligence. He has given us science.” Or as Mendele puts it, in mameloshn,“ God created Man and gave him wisdom. Mit khokhme un visnshaft darf men lebn af der velt.”

Cautionary scenes of silent disease transmission recur throughout “Cloud in the Sky” — unsanitary dishwashing, kissed foreheads. Elsewhere in the film, a pointed debate on the dangers of public spitting leads to an educational pamphlet being shared with the ignorant offender. Similarly in “Fishke der Krumer,” made the same year, the title character and his romantic rival, Getsel Ganef, engage in a seed-spitting contest, though no instructive resolution is offered here.

Native Americans are the focus of Ulmer’s “Another to Conquer” (1941), which is notable for its footage of sacred ritual dances. The protagonist, a traditional Navajo elder, is at first scornful of an infected young man who goes away to a TB sanatorium for treatment. But, once he sees another “strong” family member cough up blood and collapse, the stark truth of the medical condition gets through to him, and he even commits himself to a sanatorium to stop the spread.

In the scripted world of the National Tuberculosis Association, treatment of the poor is paid for because “all people in an enlightened community know that tuberculosis is not only a personal misfortune but that it threatens every household. TB knows no lines of race, religion or social status, so people gladly support a sanatorium knowing that thereby their own children will be protected.”

In “Fishke,” Mendele, representing Ulmer’s own moral stance, shows compassion for the shtetl’s afflicted and underprivileged — this is true too in the tuberculosis films, though there is a pervasive air of condescension, typical of “noble savage” period pieces. But while in Ulmer’s TB films, the African American pastor, Catholic priest and Navajo elder wisely bring the public health message home, in “Fishke” Jewish religious authorities are corrupt self-dealers who refuse to support scientific advances or allot resources for prevention even in the face of catastrophic evidence.

Each film is an educator, reiterating that early detection and treatment are essential to improve chances of recovery (skin tests and X-rays were available), that people can unknowingly spread the disease, and that folk remedies and patent medicines are useless. Poignant separation scenes show family members being sent away for rest and isolation in sanatoriums, from which perhaps only some will return. 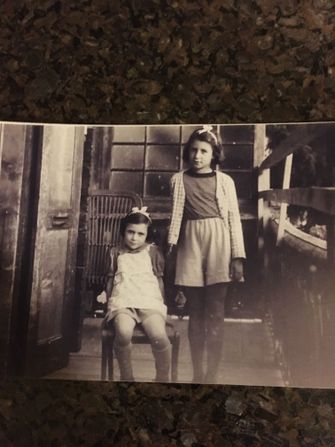 At the TB Sanatorium: Lillian Sicular and her sister Anita Image by Courtesy of Eve Sicular

The TB Association, funded in part by donations to Christmas Seals and Easter Seals, made access to these places of both healing and exile affordable to all. Good nutrition, proper sanitation, fresh air and strict bed rest were provided to give patients’ lungs a chance to heal themselves. And some were indeed cured this way, even in the pre-antibiotic years. My own Viennese-born mother, Lilian Sicular, spent well over a year of her young childhood in several sanatoria in the Swiss Alps before her family escaped from Europe.

Ulmer continued directing TB films throughout 1940, including a procedural training film for medical professionals complete with bargain basement Bauhaus-style geometric chiaroscuro to create visual interest against bland office backdrops. Yet another, with the hardly-reassuring title: “They Do Come Back” illustrates a fictional young couple’s odyssey of diagnosis, contact tracing and treatment. Finally there’s the odd, semi-animated gem, “Goodbye Mr. Germ,” starring a wackily wise lab-coated human with a Dr. Doolittle-ability to talk with the tubercular bacillus under his microscope. Low-budget, grim-humor script bonus: Edgar Ulmer includes a morbid in-joke sequence describing “dear little Edgar,” a boy infected by none other than his asymptomatic Aunt Matilda with her tea tray.

1940 and 1941 marked the dates of Ulmer’s last films in Yiddish and public health respectively, wrapping up prior to Pearl Harbor. The war, so utterly calamitous for European Jewry, hit the Yiddish-speaking world especially hard. Meanwhile, military objectives in the U.S. helped speed cooperation in bringing penicillin into widespread use, making both tuberculosis and venereal disease medically manageable for the masses by the mid-1940s.

Edgar Ulmer moved on to a postwar career including the classical music feature “Carnegie Hall” and his iconic “Detour.” Meanwhile back in Tuskegee, Alabama, where he had directed his first TB film, a now-notorious classified medical study in a separate “public health” division, which had begun in 1932 (the year prior to Ulmer’s Canadian VD film “Damaged Lives”) continued to let unsuspecting African-Americans go untreated for syphilis over the course of four decades, despite the antibiotic cure widely available about a decade into the “Tuskegee Experiment.” This real-life horror story only ended due to public disclosure in 1972, the same year as Ulmer’s death.

Eve Sicular lectures on “The Yiddish Celluloid Closet” and “Music in Yiddish Cinema.” A former curator of Film & Photo Archives at YIVO Institute, she also leads Metropolitan Klezmer and Isle of Klezbos.

In a horror master’s rare TB films, warnings for a future pandemic