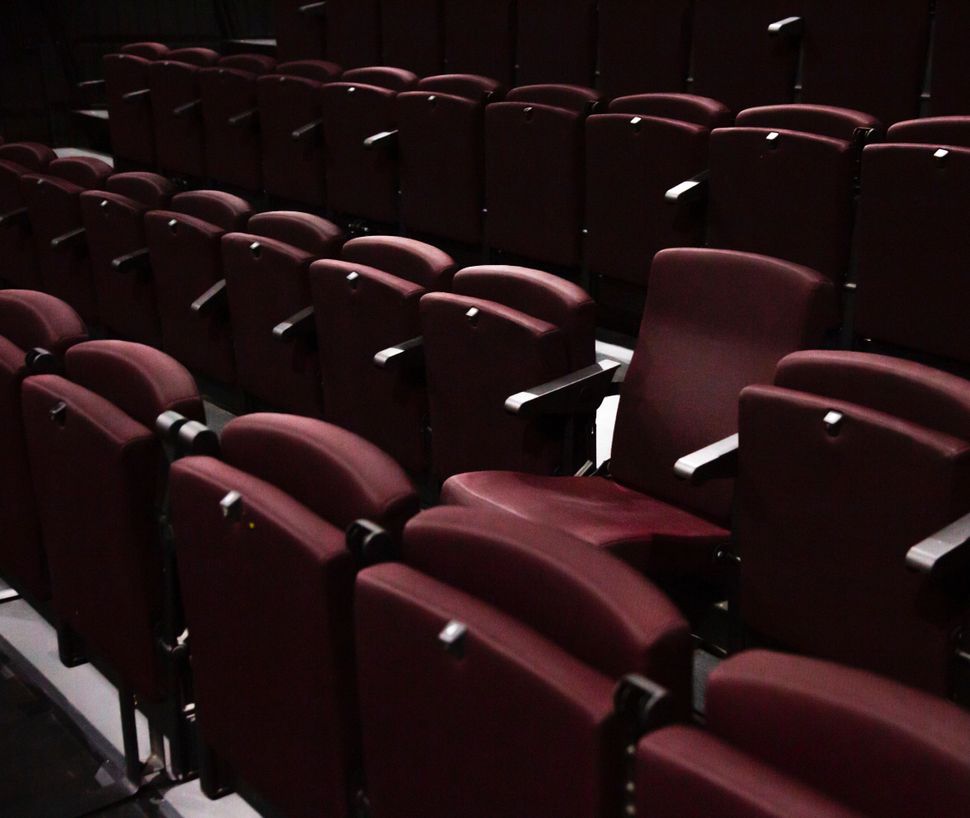 There I was: 10 years old, tiny, squeaky, with a mediocre haircut and crooked teeth, delivering a Shakespearean monologue on the big stage at the Denver, Colorado JCC.

I was playing Nick Bottom in “A Midsummer Night’s Dream.” It was a big character, and a big challenge for me, congenitally shy as I was. But I felt absolute confidence in taking the part, because Steve Wilson thought I could handle it, and I believed in Steve. 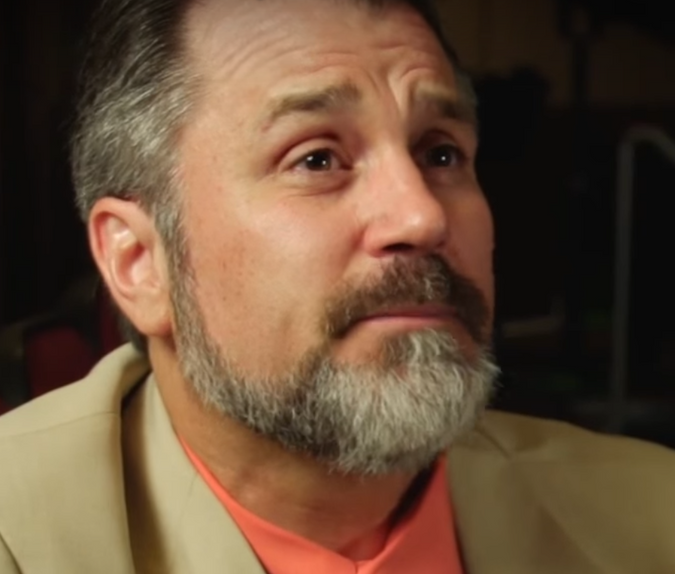 Steve had been in my life in an omnipotent sort of way, like a favorite uncle or maybe God, since I was six or seven, when I first began attending the JCC’s annual summer theater camps. I started out with the elementary school plays, weeklong endeavors that resulted in rowdy adaptations of favorites like “The Hobbit” and “Harry Potter,” then graduated to the big kid productions, mainstage shows that included, each summer, one Shakespeare play and two Broadway musicals. What sleepaway camp was to so many of my peers, theater camp at the JCC was to me. It was where I made my best friends, got most of my cavities, developed my first (and second, and third) crush, learned what the word “virgin” meant — I was convinced it was just a feminine equivalent to “martyr” — and got my first period.

Steve, the director of the program, was there in an ebullient, semi-paternal way through all of it. Now, after 26 years with the JCC, he’s decided it’s time for a change. He’s a central figure in the Colorado theater scene, a director who has won four Henry Awards, the local theater honors often referred to as Colorado’s Tonys. At the JCC, he’s overseen not only the youth theater program, but also built out all of the center’s cultural offerings, including their Jewish Film Festival, which my parents attend religiously every year. In an email announcing his decision to leave the JCC, he wrote that the closures prompted by the COVID-19 pandemic felt “like an opportune time to galvanize new beginnings,” although he’s not quite sure what he’ll do next.

I haven’t set foot on a stage in years, and I haven’t seen Steve since I left Denver for college a decade ago. But the news of his departure felt a bit like a final break with my childhood. As long as he was still there, teaching new generations of children to say “nigh-ther” when acting Shakespeare, not “nee-ther” — a linguistic habit that bled into my everyday speech, and which I’ve never shaken — I could pretend that my world wasn’t really changing: that there was still a possibility that, no matter how old and cynical and worldly I got, I might once again descend the spiral stairs to the concrete dressing rooms beneath the stage, put on a gaudy velvet costume, and emerge not as Talya the 21st-century American Jew but as Bottom, or Beatrice, or Lady Capulet.

Here is the sort of child I was: A few months before playing Bottom, I dashed out of my fourth-grade classroom in tears because another student told me he thought Adam Sandler was a better writer than Shakespeare. For kids like me — dramatic, literary, maybe more than a little awkward — the theater at the JCC was a haven. There, Steve and his crew gave us a place to be weird and obsessive in ways we couldn’t at school, a place where we were welcomed and valued for the qualities that, elsewhere, could make us feel ill at ease. In doing so, Steve shaped not only the way we speak, but also our values and even our careers. In the Jewish world, sleepaway camp often comes across as the end-all and be-all of childhood experience. But as Steve takes his final bow at the JCC, it’s hard to imagine that the camp he ran, where lessons in iambic pentameter and stage combat took the place of color wars, was any less formative.

For proof, I turned to old friends. I first met Charlie Miller, who’s now 34, in 2006, when he directed me in the ensemble of a JCC production of “A Funny Thing Happened on the Way to the Forum.” (For the record: Charlie still says “nigh-ther,” too.) A couple months ago, in the rush of early-pandemic Zooming, Charlie, now Associate Artistic Director of the Denver Center Theatre Company, joined a reunion for his generation of JCC friends. “What we all share is this formative experience of growing up in the theater under Steve’s mentorship, and it was so clear what a profound impact that had on everyone on that call,” Charlie said. He highlighted the parts of Steve’s philosophy that were, in retrospect, most striking to him: Hire professionals to run the shows, and treat the kids like professionals, too. “When I was going into seventh grade,” Charlie said, “I was in a 2+ hour version of ‘Hamlet’ that we put on in 2.5 weeks.” For Charlie, those lessons made a profound impact. “I now work as a professional theater artist, and Steve is pretty solely responsible for that,” he said.

The same is partially true for Ilana Elroi, 28, my best friend from my JCC days. Ilana moved to California after our sophomore year of high school, and dealt with the displacement by taking all she’d learned about herself at the JCC and using it to make herself a place in a new theater group. Now, she’s a professional theatrical sound engineer in Los Angeles, having found, over the years, that theater just made her happier than anything else. The JCC, Ilana told me, didn’t just start that process; it also “made me less scared of the world.” Shortly before we entered high school, the two of us vowed to each other that in that summer’s production of “Much Ado About Nothing” we’d be cast as the central cousins Hero and Beatrice. And so, in a dreams-come-true moment, we were. Growing up, each of us was most comfortable staying on the margins. At the JCC, we didn’t just dream of center stage, but were able to really believe we belonged there.

For Charlie, Ilana and me, and many of our peers, the JCC was the place we felt most at home, and most like ourselves. We took risks there that we wouldn’t have taken elsewhere. We felt safe putting ourselves forward: Steve had built an environment where we knew we’d be taken seriously and treated like equals, and that allowed each of us, in our own ways, more leeway to experiment and grow than we felt we had outside the theater walls. The JCC, Charlie said, “was the center of my life outside of school.”

“It was by no means exclusively Jewish,” he said — though many of the participants were Jewish — “and yet it was where my Jewish identity and artistic identity and cultural identity all came together.”

These days, when I look back, I see Steve’s influence everywhere. When I was 12, his encouragement helped me write my first play, a maddening, thrilling process that made me decide I wanted to become a writer. When I was 13, he brought me on as an apprentice director for two productions by PHAMALY, a local theater company for actors with disabilities for which he was then co-artistic director. My time with PHAMALY fundamentally changed my perception of the world: It helped me learn to identify prejudice, including my own; taught me more than any other institution about the value of building a loving community; and made me understand something deep about what real creativity looks like. And, like the JCC, it brought me joy, and acceptance, and friendship. When my college boyfriend came to visit me in Denver, practically the first thing I did was bring him was to PHAMALY’s summer musical — that year, “Joseph and the Amazing Technicolor Dreamcoat” — so he could meet the people who’d formed me, and they, in turn, could tell me whether he was worth keeping around.

But above all, I think back to the first role Steve gave me, as Bottom in “A Midsummer Night’s Dream.” I remember him bounding around the stage, giving our cast lessons in how to create shtick — a word he used so frequently that for years I thought he’d invented it — and teaching us to say Shakespeare’s words with clarity and relish. There was such potential in the world he created, a sense of boundless creativity swelling up around us. In “Midsummer,” when Bottom wakes from a madcap night in which he’s been half-transformed into an ass and seduced by a fairy queen, he finds himself once more fully human. He’s as blustery as ever, but it’s clear that the night has in some ways transfigured him. He’s been given access to a wider, hidden world, and even better, allowed to envision his own place in it; on his return, he is full of awe and a new sense of purpose. No wonder, at 10, I felt such confidence in the role. I knew, in my own childlike way, exactly how he felt.