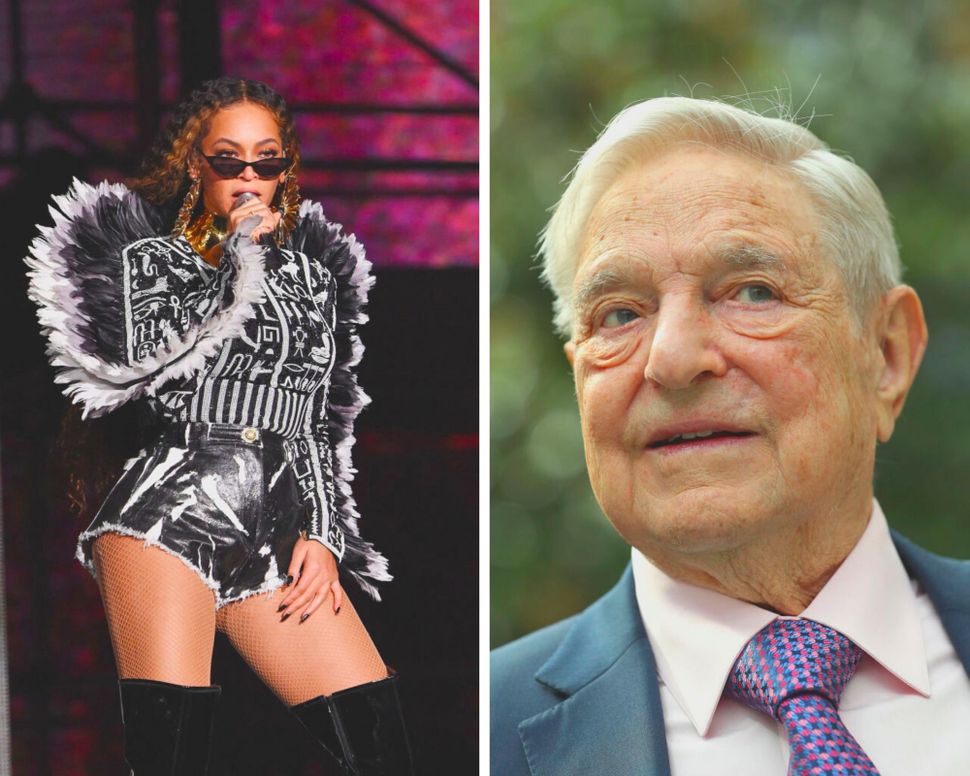 In between funding Antifa, bringing caravans of undocumented immigrants to the U.S. border and planning nationwide protests against police violence, Jewish billionaire George Soros is spearheading a decades-long con to hide Beyoncé’s secret Italian heritage from the world.

At least, that’s what one Florida politician wants you to believe.

On July 4, Congressional candidate K.W. Miller, who is running to represent Florida’s 18th District on a platform of “fighting the globalists and liberals,” made waves with the bizarre claim that the Black cultural icon is actually an Italian woman named Ann-Marie Lastrassi. In a now-viral tweet, he accused the 21-time Grammy winner of being part of the “Soros Deep State agenda for the Black Lives Matter movement” and warned that she is “ON NOTICE” — for what, exactly, no one can say.

Beyoncé is not even African American. She is faking this for exposure. Her real name is Ann Marie Lastrassi. She is Italian. This is all part of the Soros Deep State agenda for the Black Lives Matter movement. BEYONCÉ YOU ARE ON NOTICE!#GreatAwakening #QAnon #WWG1GWA #Trump2020

Miller’s tweet soon went viral — to date, it’s been retweeted 28,000 times — a success that spurred him to elaborate on Beyoncé’s alleged involvement with the Soros agenda, revealing clues he’d apparently discerned through close textual analysis of the singer’s recent hits.

Miller alleged that Beyoncé’s hit “Formation,” a powerful anthem that implicitly addresses police brutality, is a “secret coded message to the globalists,” using a term that is often employed as a dog whistle for Jews. He also implied that “Becky with the good hair,” the unidentified other woman Beyoncé disses in “Lemonade,” a song about her husband Jay-Z’s infidelity, is actually Becky Hogge, an employee at the Soros-funded Open Society Foundation whose work profile happens to be the first result that appears when you Google “becky soros.”

Miller has never held public office. On his website, he describes himself as the “chairman and CEO of multiple global energy companies and utilities” — although he never names names — which, if true, would make him something of a “globalist” himself.

While Miller’s allegations seemed to have sprung from nowhere (and, we hope, will soon recede whence they came), they’re actually incredibly on-brand for the politician, whose Twitter account is devoted to demeaning the IQ of his rivals and dispensing celebrity hot takes seemingly unrelated to Florida politics, such as “Prince Harry is a beta-male owned entirely by his wife Meghan Markle” and “Pusha T should not be revered as an icon.” Besides Beyoncé, he has put singer Ariana Grande and the entire music genre K-pop “on notice.” Based on his frequent use of the hashtag #QAnon, he appears to be one of several Republican congressional candidates who ascribe to the baseless QAnon conspiracy theory.

Despite the popularity of Miller’s tweet, at least some of the hype has been generated by people too flabbergasted to hold their tongues. “White people will believe in anything but the existence of systemic racism,” one user commented, while others critiqued Miller’s slicked-back villain-style coiffure, nicknaming him “KW with the bad hair.”

We can’t believe we have to say this, but: like every other aspect of her fabulous life, Beyoncé’s family and background have been extensively documented. And as surely as drinking bleach will not cure your coronavirus, Beyoncé is not, and never will be, Italian.