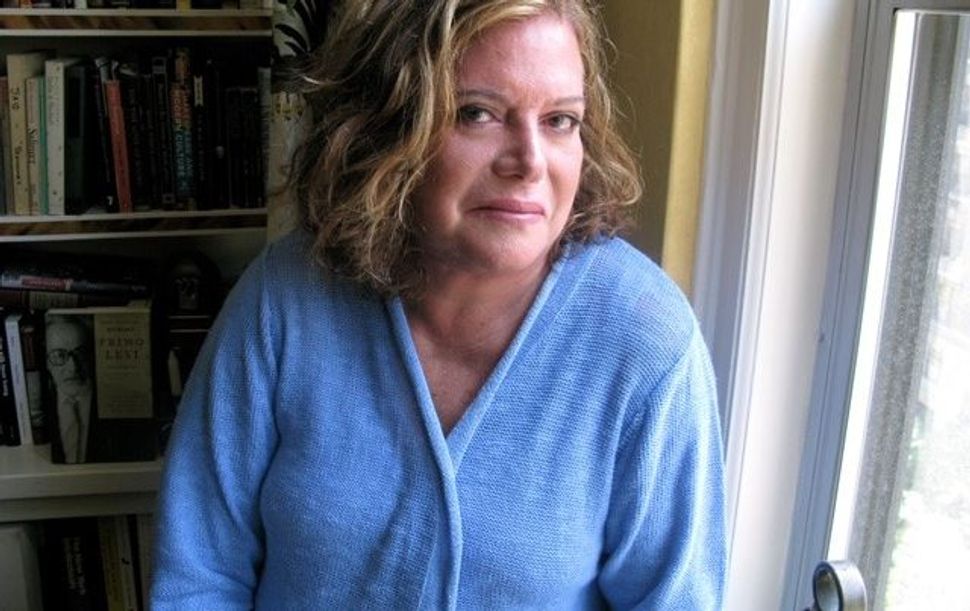 The book’s narrator relates the story of a woman, Judith Stone, who tumbles into a state of sexual thralldom with a cool, unpleasant character named Howard Rose. At frequent intervals, the narrator interrupts the story, which she admits is her own, to comment on it, halting the momentum and interrogating the reader’s involvement.

The result, not unlike Judith’s experience with the domineering Howard, is intermittently titillating but finally unsatisfying. The postmodernist artifice and the off-putting romantic duo at the novel’s heart short-circuit the reader’s sympathies, perhaps deliberately so.

The narrator describes herself as a writer. She’s married to a radiologist, with a daughter and another child on the way: in other words, already in possession of a conventionally happy ending. But her presumptive domestic bliss is composed of “worn routines” that leave her restless and vulnerable to memories of a darkly passionate past relationship.

Telling the story, she suggests, will serve as “a way of forcing it to the finish line.” Others will care, she insists, because “this experience, this skewed impulse toward connection that lies somewhere between passion and annihilation, between fusion and combustion, is not mine alone.” Merkin isn’t wrong there. And she knows how to write a nice sentence.

The narrator confesses to a “taste in loving…crisscrossed with hate,” “an appetite for a certain degree of debasement….” She searches for the roots of that predilection in childhood, in her parents’ emotional absence, which she speculates has imbued her with “a secret stash of self-hatred.”

As for Howard Rose, she says, no one found him particularly interesting. What he possessed was simply the “allure of remoteness, affection edged in ice and always on the verge of melting away….” Perhaps it will help, the narrator says, to translate her experience into the third person and “pretend it happened to someone else.”

Judith works as a book editor, as Merkin once did. She has a single close girlfriend, Celia, and a gay male friend, Gerald, both tolerant of her idiosyncrasies. We’re told that she scared away her first lover, a medical student, with “a barrage of criticisms.” For years, she had a therapist, Dr. Munch, with whom she discussed her bad taste in men. But Dr. Munch, whom she loved, abandoned her by dying.

Soon afterwards, Howard Rose enters the picture, “a Heathcliff of sorts,” “a man who deeply dislikes and fears the women he desires.” He appeals to Judith’s fantasies of rescue, of herself and of him. Or so the narrator intervenes to say, confiding that she wants the reader with her, “figuring out this story” in “the self-conscious postmodernist way.”

No question that Merkin’s tale does provide an erotic frisson or two, episodes sexy enough to keep the reader hooked through the novel’s stops and starts. But Judith – an entitled, pre-pandemic Manhattanite who is perpetually tardy and often consumed by anxiety – is hardly the most congenial of protagonists. Howard is even worse: a thuggish criminal defense lawyer who seduces women with a mix of profanity, aggression, sexual directness and emotional elusiveness. Merkin knows his “bad boy” persona may be a problem for the reader: “Even Howard Rose, you’ve got to care about him in some way, too, or the game’s up.”

The nonlinear narrative ping pongs from Judith’s story to ruminations on the import and origins of sexual submissiveness and the mechanisms of fiction itself. The author labels these interludes “digressions,” and is well aware of how annoying they come to be. “You wanted a novel, not a philosophy course, right?” the narrator says at one point.

The main emotional takeaway is an obvious one. Judith Stone makes the mistake of confounding obsession with love, wanting both to lose herself in a man and to perpetuate a passion dependent on its very evanescence. In these desires, she is – as Merkin’s narrator suggests – something of an Everywoman.

Merkin knows that the Howard Roses of the world aren’t worth much. But the feelings they inspire are another story. Merkin insists on the value of those scant moments of what her title dubs “unconditional love.” The phrase is a misnomer, but the title isn’t just sardonic. It’s also infused with longing, even if Merkin’s protagonist must learn to accept loss and move on.