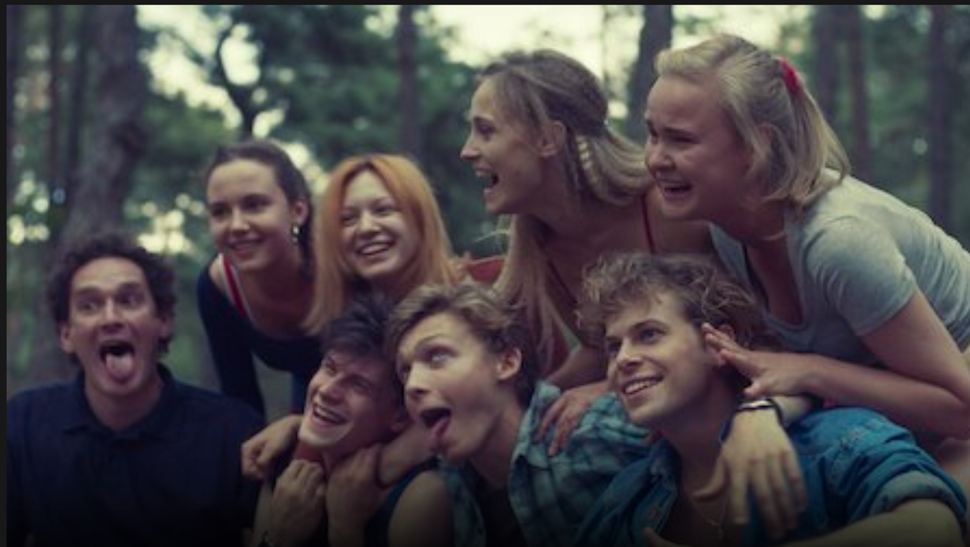 The Woods Image by netflix

In the proliferation of Jewish-themed shows on streaming services, one in particular has not gotten the attention it deserves. The omission is surprising given that it is an excellent six-part thriller in which Jewish themes run deep.

“The Woods,” currently on Netflix, is an adaptation of a 2007 novel of the same name by the Jewish crime writer, Harlan Coben, and it is laden with Jewish symbolism, both implicit and explicit.

Here’s the setup in the book: An incident occurs at a Pennsylvanian summer camp 20 years earlier — two children died and two others went missing, including the protagonist Paul Copeland’s sister. Their bodies are never recovered. Now, two decades later, a body of one of the missing children is discovered. His murder triggers a look back at these events to uncover what really happened on that night and whether Paul Copeland’s sister might still be alive.

Cope, as he is known, is the county prosecutor of Essex, N.J. His father, originally Vladimir Copinsky, is an immigrant from the Soviet Union. Once a medical doctor, he lost his license on trumped up charges of incompetence because he was Jewish.

The key events take place at the Peace Love Understanding Summer camp run by a Jewish hippy named Ira Silverstein. Cope has a fling with his daughter, Lucy. 20 years later, she has left his life and changed her name to Gold.

This is where it gets really interesting. The novel was set in the United States in the 1980s, but in this series, the action has been relocated to Poland in the mid-1990s.

Harlan Coben told Variety “I don’t like adaptations that are slavishly devoted to the text… it adds a new dimension, even though on the surface they’re extraordinarily American.”

And there are certainly new dimensions to this adaptation.

It’s not only that a Polish summer camp is very different from an American one (and Coben himself was a teenage camp counselor). But, while some elements of the novel’s Jewishness have been removed, new and different layers of Jewish meaning have, perhaps unintentionally, been added in the transformation.

Cope is now the gentile Pawel Kopinski (although he still remains a prosecutor in Warsaw). His sister Camille is Kamila. Complicating matters, Pawel is played by Grzegorz Damiecki who some might recognize from his much earlier role as SS Sgt. Kunder in “Schindler’s List.”

But in retaining the family name Kopinski (which means “son of Jacob”), the series points to the Russian Jewish origins of the family in the novel. It also suggests that Pawel is still a Jewish character just not on the surface.

As in the novel, the head of the summer camp is explicitly Jewish. Ira, though, has been renamed Dawid Goldsztajn and his daughter turns into Laura. Pawel still falls in love with her.

But in the show, David and Laura become targets of anti-Semitism when the other non-Jewish parents blame him for the deaths and disappearances of the four children. They are the victims of hate crimes, allowing the series to point to Poland’s dark past.

The shift from the original American setting to post-Holocaust Poland means these events resonate very differently. Having the only two openly Jewish characters in the series become the victims of anti-Semitism evokes memories of 1939-1945, as well as the prejudice and tension endured by Jews under Communism. In an oblique way, it echoes what happened to Cope’s father in the Soviet Union.

While woods are creepy places at the best times and often the setting for thrillers and horror (think of the German Netflix series “Dark,” for example), here they take on an additional Jewish resonance. That the action of the series takes place in the woods of Poland is eerily symbolic. As the police search for the bodies of the missing children, one feels that those woods are filled with bodies of Holocaust victims yet to be exhumed.

As I watched, I wondered: is the aging lead cop, investigating the crimes at the camp, old enough to have been a policeman during WWII and thus complicit in the crimes committed during the Holocaust?

Whether or not he was referring to the Holocaust in his comments or not, by relocating the story from the United States to Poland, it becomes hard for the viewer to erase dark thoughts of unresolved issues from the past. The series’ Polish director Leszek Dawid told Deadline: “’The Woods’ is a story full of secrets — a story you will want to follow. Try as hard as you might to bury unresolved issues from the past, but one day they will find their way back to you anyway.”