How Theodore Bikel found his calling in the civil rights movement 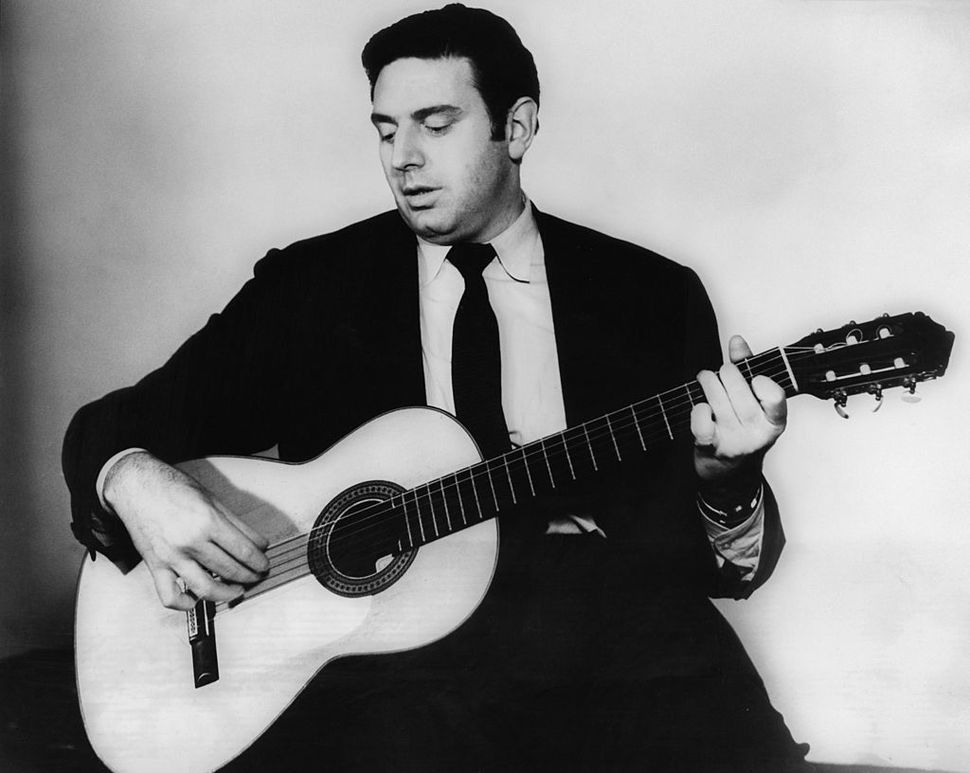 When civil rights activist and NAACP State Field Representative Medgar Evers was murdered, by a Mississippi white supremacist in 1963, a protest rally was organized in Evers’ memory. Theodore Bikel, a rising star in theatre, film, and Broadway musicals, was one of the founders of The Newport Folk Festival. He had been nominated for the Academy Award for Best Supporting Actor in “The Defiant Ones” and created the role of Captain von Trapp in the Broadway production of “The Sound of Music.”

A socially progressive activist and a consummate performer of Jewish, Israeli and other ethnic music, Bikel had become part of the civil rights movement. So when Evers’ death was announced, Bikel arranged to go with Pete Seeger and Joan Baez to perform at a rally in Mississippi. He also wanted to bring Bob Dylan. But Dylan didn’t want to go.

“Theo felt that due to Dylan becoming more inwardly, he was not engaging in the urgent issues of the day,” said Aimee Ginsburg Bikel, his widow and author of “Theodore Bikel’s The City of Light.” “Theo had said Bobby needed to experience what was happening in the South first hand. In some way his songs were lacking in authenticity. He wrote about social unrest, the working person, and racial injustice, but he needed to be there to see it.’”

Bikel went to Dylan’s manager Albert Grossman and said to him, “He has to be there, but don’t tell him I’m doing this. I will pay for his plane ticket to go to Greenwood, Mississippi.” Aimee recounts her late husband telling her. “Bobby was scribbling on the plane; and I said to him: ‘what I’m really interested in seeing is what you will write on the plane ride home.’”

At the concert, Dylan performed a new song, “Only a Pawn in Their Game” – a cry of pain in response to Evers’ murder.

“We Jews don’t experience anything like the level of violence that’s aimed at African Americans,” Si Kahn, an activist, folk musician and son of the nationally prominent Rabbi Benjamin Kahn said, “but we are on the list. This is my fight, too. I am fighting on somebody else’s battleground, but it is also about us as Jews.”

African-American playwright Calvin Alexander Ramsey, author of the play “The Green Book,” added, “The Klan made it perfectly clear that racism and anti-Semitism go hand in hand. I have read many Klan speeches and no doubt about their feelings. This is very clear to me.”

“What Theo went through in Vienna, Austria, during the rise of Nazism and white supremacism, was integral,” said Aimee Bikel, who also directs the Theodore Bikel Legacy Project. “Theo never forgot how his friendly neighbors turned into enemies overnight. From then on, his resolve was to speak up in the face of injustice. There was no other option and he did it because he was a Jew. Often he would say, ‘I see human culture as a beautiful garden, full of beautiful flowers — and my flower is a Jewish flower. It is not better or more beautiful than the other flowers, but it is mine: and if I don’t tend to it, it will wither, and die’.”

Aimee Bikel says that her husband learned his passion from his father, who was a staunch socialist Zionist. “Joseph Bikel taught his son T’eo (Theo), that speaking and standing up for people whose rights are being trodden is our mandate,” she said, “and Theo followed his father’s teaching for all of his days.”

Some in the Jewish community bitterly criticized Bikel for his activism in the Civil Rights Movement, and in other social justice causes. “Many said to him quite vocally and often publicly, ‘why would you want to spend time on non-Jewish causes when there are so many Jewish causes that need you?’” Aime Bikel said. “Theo would answer them: “you don’t understand. For me all people who are oppressed are Jewish.”

Bikel was also a supporter of the Black Lives Matter, Aimee Bikel said. “Although he did very much care about people, about being accepted and loved, just like anyone else — in the end, he was just a f—k ‘em, kind of a guy,” Aimee Bikel said. “When all else failed, he would say ‘ah, f—k em.’ Theo had the self-confidence of a bull. I loved that about him and tried to learn that attitude from him!”

David Y. Check is an adjunct professor at the Theatre School at DePaul University and artistic director of ShPIeL-Performing Identity.

How Theodore Bikel found his calling in the civil rights movement