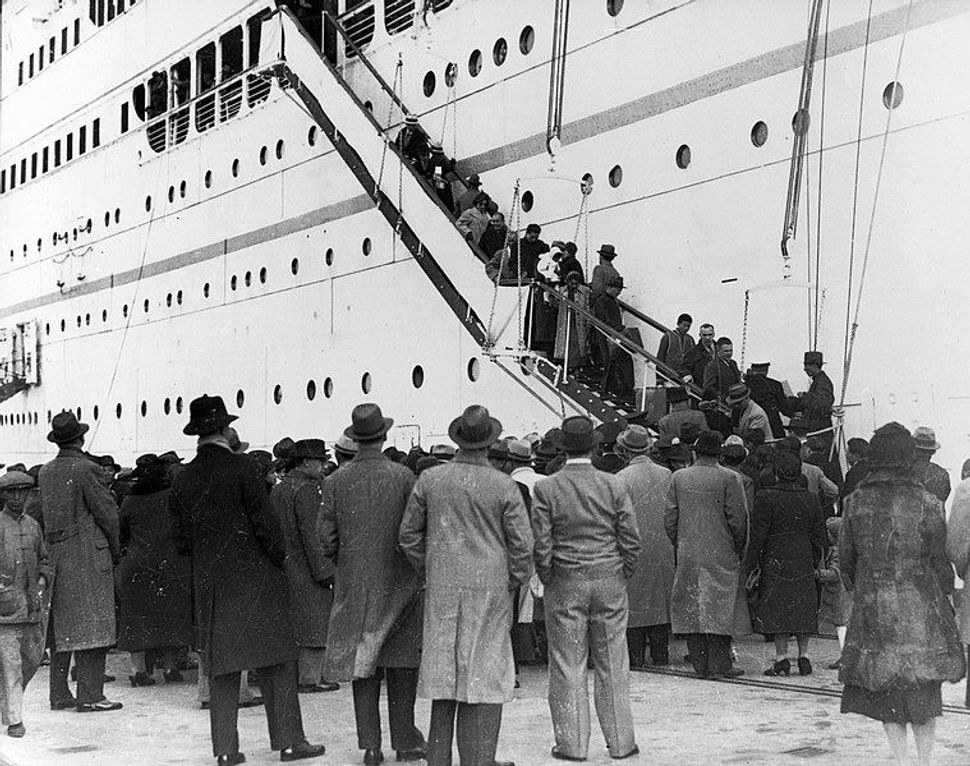 75 years ago, American troops entered Shanghai to help liberate the city from the Japanese. Surprised upon being told there was a Jewish ghetto in the city, they prepared for the worst. Like the rest of the world, they had watched the ghastly scenes of allied liberators stumbling upon concentration camps and ghettos in Europe a few months earlier.

What the soldiers discovered in Shanghai indeed shocked them: 18,000 Jewish refugees from Germany, Austria and Poland bedraggled, crammed into small apartments, defiant — and alive.

At a time when the world is rushing to put up barriers to keep refugees out, the story of how Shanghai became the savior of so many Jews is all the more remarkable: How a Jewish billionaire playboy — the richest businessman in Shanghai — his fortune built on opium — wooed the virulently anti-Semitic Japanese navy captain put in charge of Shanghai’s Jews and helped convince him that the refugees could be used as a bargaining chip to keep the United States out of the war.

The first Jewish refugees from Germany and Austria began arriving in Shanghai around 1937 because it was one of the few cities that wouldn’t turn them away. Colonialism and western occupation had divided the city into Japanese, French and British/American sectors. The Nationalist Chinese government only controlled part of the city; no one issued visas. Anyone who landed in Shanghai was admitted. By contrast, most countries, including the United States, by the late 1930s had strict quotas limiting the number of Jews fleeing Hitler who could enter.

By the time the refugees arrived, Victor Sassoon’s family had been in Shanghai for almost 100 years and stood astride China’s business and politics. The Sassoons had originally come to China as Jewish merchants from Baghdad, drawn by the country’s huge market. They soon took over the opium trade, became influential British citizens and built a business empire that stretched from Shanghai to colonial India to London. When Victor Sassoon took over the family business, he signaled his arrival in Shanghai by building the Cathay Hotel, the “grandest hotel east of Suez,” which still stands today as the Peace Hotel on Shanghai’s art deco Bund waterfront. Sassoon entertained Noel Coward and Charlie Chaplin, hosted some of the city’s most notorious and risqué parties, traveled to New York and Hollywood, attended country house weekends outside London with Winston Churchill.

While Sassoon and Shanghai partied through the 1930s, the Japan steadily annexed chunks of China and occupied part of the city. The Japanese were intrigued by Sassoon.Back in 1905, as Japan was growing more powerful, its finance minister had traveled to London to raise money to build the Japanese navy in anticipation of war with Russia. At a dinner party, the finance minister met Jacob Schiff, a prominent Jewish financier from New York. Schiff arranged what today amounts to billions of dollars in loans which the Japanese used to build their navy and defeat the Russian Tsar. The Japanese were not immune to the anti-Semitic canards that said Jews controlled Wall Street and the world economy. Their conclusion: If the Jews were on their side, they could be useful allies. As they eyed Shanghai, Japan sent over an anti-Semitic navy captain, Koreshige Inuzuka. Inuzuka had translated the “Protocols of the Elders of Zion” and believed that Jews controlled the American press “and thereby public opinion, turning it against Japan.” In China, Inuzuka believed, the linchpin of Jewish power was Victor Sassoon.

Sassoon wasn’t very religious, but he recognized the threat the Nazis posed. A shrewd judge of character, he decided to charm Inuzuka, even to con him. He met with the Japanese captain in his plush office in the Cathay Hotel and indicated he might be willing to invest in factories the Japanese were building in occupied Manchuria, in the north of China. He invited Japanese officers to visit the Cathay’s swank bars and restaurants — and ordered his manager to report on how much they drank and what they said when they were drunk. Inuzuka left the initial meetings with Victor buoyant. Sassoon was “willing to cooperate,” Inuzuka reported to his bosses in Tokyo. In a proposal adopted by the Japanese government, Inuzuka directed that Jewish refugees arriving in Shanghai “are to be treated fairly and in the same manner as other foreign nationals. No special effort to expel them is to be made.” 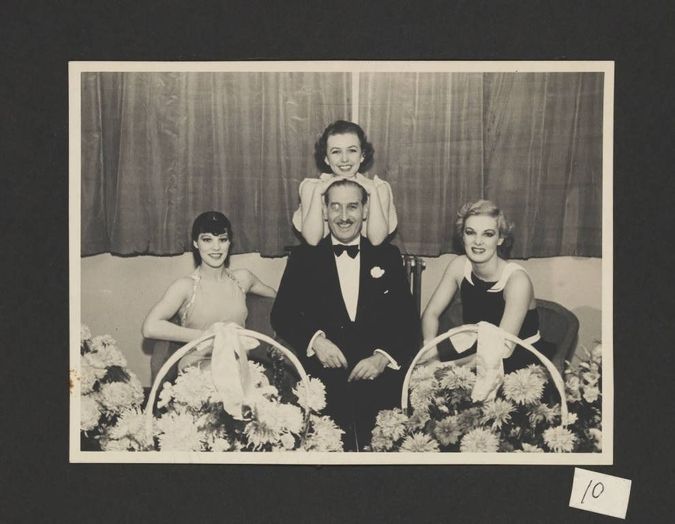 A Family History in China: The family of Victor Sassoon (center) had been in Shanghai for almost 100 years and stood astride China’s business and politics. The Sassoons had originally come to China as Jewish merchants from Baghdad, drawn by the country’s huge market. Image by Courtesy of Jonathan Kaufman

Soon a thousand Jewish refugees a month were pouring into Shanghai. Most were middle-class professionals and businessmen arriving on ocean liners. They spoke no Chinese, had little money, and were appalled by the crowds and poverty that confronted them on almost every corner. Sassoon, along with a small group of long-time wealthy Jewish businessmen in Shanghai, organized housing, food and medical care. Sassoon transformed the first floor of a luxury skyscraper he owned into a refugee reception center where each refugee was given blankets, bedsheets, a tin dish, a cup and a spoon. He installed a kitchen in the basement to provide 1,800 meals a day. He established a vocational center to train 200 men as mechanics, joiners and carpenters. Most of the refugees settled in a poor part of the city where housing was cheap. They dubbed it “Little Vienna” and opened European-style cafes, published a German language newspaper, and started classical orchestras and German-language theatre groups. Although they were now poor and displaced, the newly-arriving refugees marveled at how welcoming many of their Chinese neighbors were — even though they couldn’t communicate with each other. “In Europe, if a Jew escaped, he or she had to go into hiding,” a refugee recalled. “Here in Shanghai we could dance and pray and do business.”

Behind the scenes, Victor continued to play his double game. On a visit to the United States in 1938, he privately urged friends on Wall Street and officials in the State Department to impose an economic embargo on Japan to drive it out of China. He flew to Brazil to try to purchase land to resettle Jewish refuges but was rebuffed by the country’s president. Sassoon believed he still could keep the refugees protected. He was, he wrote to a friend, “walking a tightrope.”

But Inuzuka was losing patience. He pressed Sassoon to intervene with Franklin Roosevelt and steer American newspapers to support Japanese ambitions. The Jews, Inuzuka wrote, are like fugu, the Japanese puffer fish delicacy that is lethal unless prepared correctly: “It is very delicious but unless one knows well how to cook it, it may prove fatal to his life.”

Inuzuka finally tired of Sassoon’s maneuverings. He has “obviously elected to disregard the sympathy and the generosity hitherto accorded Jewish refugees by Japanese authorities,” Inozuka wrote to his superiors, Warned that he might soon be arrested, Sassoon left Shanghai on a ship to Bombay in the fall of 1941 — just weeks before the attack on Pearl Harbor.

But the bubble Sassoon and other wealthy Shanghai Jews had built to protect the refugees stayed intact. An American social worker, Laura Margolis, came to Shanghai representing the Joint Distribution Committee, a Jewish refugee aid group. She began meeting with Inuzuka and to feed and clothe the refugees. In 1942, with Japan and Germany formally allied and the Final Solution underway, the Nazis dispatched to Shanghai an SS colonel, Josef Meisinger, who had earned the moniker “The Butcher of Warsaw” by sending thousands of Jews to their deaths in Poland. Spreading out a large map of the city, Meisinger proposed to the Japanese that German SS units round up the refugees, march them to the waterfront in front of the Cathay Hotel, load them onto ships slated for demolition, and sink them in the ocean.

Japanese officials were appalled. The refugees, they believed, were still valuable hostages. They decided instead to turn the crowded neighborhood where most of the Jews had settled into a ghetto, stringing barbed wire across the streets. This was where the American soldiers found the Jews in the summer of 1945. As the refugees slowly learned of the fate of their relatives back in Europe, the miracle of their escape sank in. “Everything we’d been through suddenly paled in comparison,” a refugee recalled. “We were lucky. Nobody gassed us.” Among the refugees saved: W. Michael Blumenthal who would go on to become U.S. Treasury Secretary, Hollywood executive Michael Medavoy, Harvard Law School professor Laurence Tribe.

Victor Sassoon returned to Shanghai after the war but was driven out four years later in 1949 when the communists entered the city and seized his hotel, his factories and his luxury apartment buildings. He never returned to China.

Inuzuka was arrested by the American military which planned to try him as a war criminal.But Jewish refugees in Shanghai and elsewhere stepped forward to defend him, arguing that he had protected them from more radical Japanese military officers and the Nazis. He returned to Tokyo where decades later a Japanese professor visited him in his apartment. In the hallways, near the entrance, Inuzuka kept a framed photograph from the late 1930s: a picture of Inuzuka and his Japanese military colleagues joking and laughing at Victor Sassoon’s Cathay Hotel.

Jonathan Kaufman, a former member of the Globe staff, is author of “The Last Kings of Shanghai: The Rival Jewish Dynasties That Helped Create Modern China.” He is Director of the School of Journalism at Northeastern University.