Israel made a gamer-friendly tank 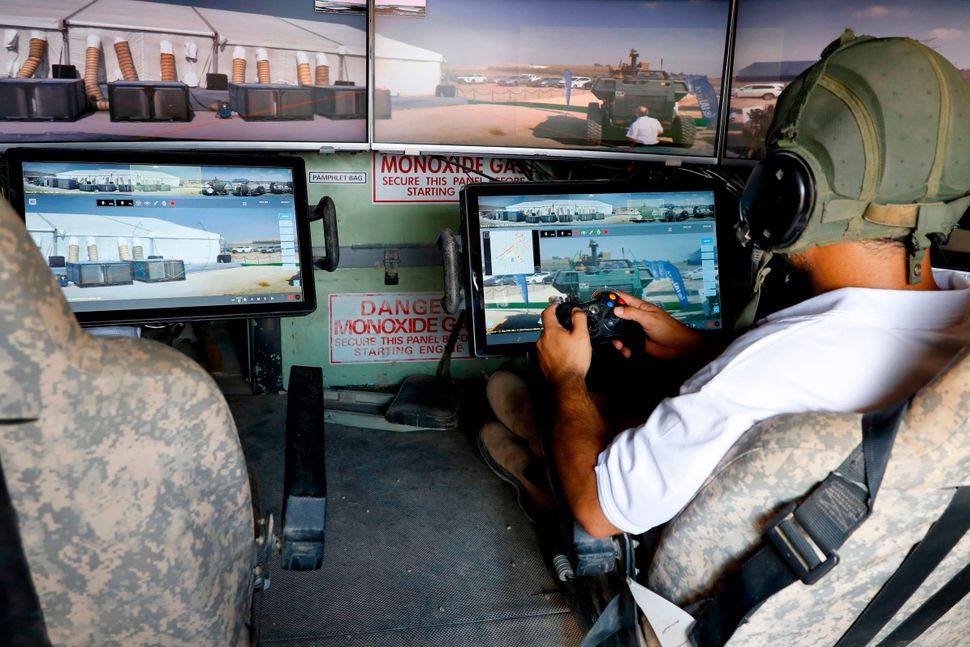 Israel’s newest tank might be operated by an Xbox controller.

The Carmel, one of three model armored vehicles in the running to be the IDF’s newest mobile weapon of war, was made to be operated by Israel’s young soldiers. As the Washington Post reports, the windowless vehicle on tank treads has an interior that looks a lot like a gamer cave.

The prototype, designed by Israel Aerospace Industries (IAI), has a panoramic screen showing the exterior and tablet-like monitors with interfaces that look like the heads-up display for “Fortnite,” with maps and amm information and an inventory of weapons. It also has an AI modeled from the games “Starcraft II” and “Doom.”

“Doom” feels apt, as the notion of making war more game-like is a pretty terrifying prospect.

According to battalion commander, Col. Udi Tzur, his young soldiers took to the Carmel system like fish to water, mastering the controls in a maximum of four hours.

“[I]t comes to them naturally,” Tzur told the Post. “It’s not exactly like playing ‘Fortnite,’ but something like that, and amazingly they bring their skills to operational effectiveness in no time.”

A group of teen gamers focus-grouped the Carmel’s specs and decided they preferred the portability of an Xbox controller to a joystick, liking the ability to hold the controls on their laps. Xbox controllers have been used in military vehicles in the past, notably to operate on the USS Colorado submarine’s periscope. But each time video game features are introduced into war, they are rightly criticized.

Incorporating a video game setup into a war scenario could lead to desensitization and dehumanization of enemy combatants. It could cause a tank driver to be less discerning in their actions which could lead to fatalities (Tzur said that prototype participants are “far more willing to experiment” in the simulation). Traumatized drone pilots, some of whom are recruited at video game conventions, have spoken about the devastating effect of making their work seem like gameplay.

The gaming website Kotaku, excoriated the plans for the Carmel. (In the article, the writer also went after Israel’s record on Palestinian rights, stating as fact the findings of a report from the UN — rejected by Israel — that there was evidence IDF soldiers targeted medics and children.)

Responding to concerns over desensitization, Moshe Friedman, a programmer on the project, insisted “It’s not being at home, eating and drinking and having fun. This is work.” Friedman also said the “noise” the Carmel makes is “very different from a video game,” which seems like a pretty flimsy and non-psychologically-informed justification.

The whole idea seems like a bad “Black Mirror” episode. Or maybe a good episode, “Men Against Fire,” which riffed on a similar idea. But whatever the outcome, the new interface does appear to help soldiers train at a faster clip. That efficiency could leave more hours available for therapy and psych training. We can only hope that’s a priority, too.

Israel made a gamer-friendly tank