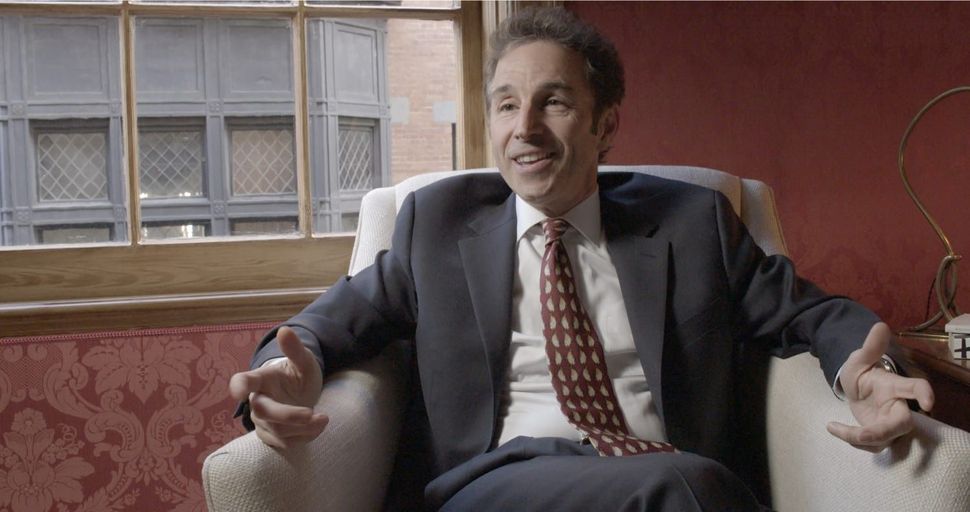 Though some knowledge of (and interest in) the national ice hockey team of the former Soviet Union (CCCP) might help you to appreciate Gabe Polsky’s new documentary, “Red Penguins,” it’s not essential. Even without a solid hockey background — for that, see Polsky’s earlier doc “Red Army” — this is an oddly fascinating story. It’s comic, surreal, even tragic — all the more so because it actually happened as capitalism and opportunism burst onto the scene in Moscow shortly after the collapse of the Soviet Union. 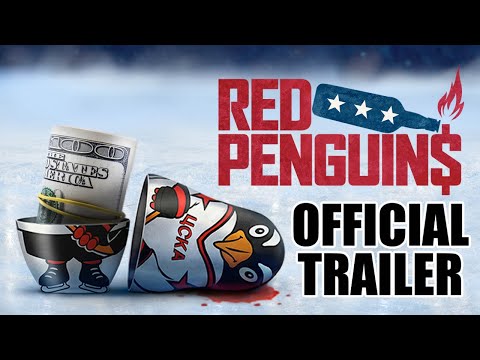 “Red Penguins” explores a disintegrating society and clashing cultures and features large, finely etched characters full of greed and ambition, all jockeying for power. Fear (paranoia), intimidation, and corruption were everywhere in the 1990s when the Pittsburgh Penguins (as part of an American consortium) and the Russian hockey team formed a joint venture, signaling the evolution of the new Russia.

At that juncture, the one-time stellar Olympic-winning team (and pride of the Soviet Union) had lost its cachet, its star players had jumped ship and its audience had disappeared. Most emblematic, its arena, “The Ice Palace,” was shockingly dilapidated and populated by squatters. . Without state support the team would not be able to survive. A new transnational partnership aroused great hope, but ultimately it was not sustainable.

Set against a backdrop of terrorism in the streets, breadlines, profiteering cops, and the meteoric rise of oligarchs, Jewish-American marketing whiz Steve Warshaw entered the fray charged with transforming the moribund hockey team into the hottest show in Russia. Warshaw was at once cunning and guileless, adventuresome and fearful; in the end he proved to be out of his depth. He invited local strippers to serve as scantily-clad cheerleaders. He brought in live bears to lumber about on the rink drinking beer. He also created a new team logo and cast an aging hockey enthusiast to play the team’s mascot, a penguin. The actor playing the mascot is one of the strangest characters on display here with his mustache waxed, twirled and extending upwards on either side. Though he is creepy, he also evokes pathos. At one point he admits that he deliberately fell on the ice at each performance so that he could rip off his penguin head and reveal his own identity to the multitudes. “It’s a moment of personal triumph for him.

Warshaw’s tactics spawned press coverage and large crowds. The Young Muscovites were filling the stands and along the way Warshaw attracted big names in U.S. advertising and Hollywood, including actor Michael J. Fox and Disney’s Michael Eisner. The latter proposed merging his “Mighty Duck” franchise with the hockey team as a branding ploy; it’s not entirely clear why that never fully came to fruition, though Russian gangsters, the mafia, and other shadow agents may have had something to do with it.

In retrospect, perhaps from the outset, it was obvious the whole enterprise was destined to fall apart. Russian and Western ways of doing business were simply incompatible. Suspicion, distrust, and rigidity defined the Russians. Bribery and thievery were business as usual and the Russian partners were embezzling right and left. And then there was the spying. Warshaw had little doubt that the hockey team’s manager Valery Gushin had planted a mole in his office. Gushin, simultaneously charming and sleazy, found the charge hilarious. He has a stunningly infectious laugh.

Still, Warshaw and Gushin shared a bond — perhaps even a friendship — though neither believed the other had an ounce of integrity. I wish there had been some footage of them interacting. Even if no archival videos existed, it would have been fascinating to see them in the present, reflecting on the past and their thoughts about each other.
Utilizing old clips, Polsky centers his film on Warshaw whose experiences with the Penguins in the 90s serve as a narrative through line. Recent interviews with him are interspersed throughout. Now the president of a sports marketing firm, Warshaw displays a measured tone; apparently, he has matured and his recollections are largely nostalgic.

Polsky affectionately captures Warshaw and is equally effective in creating the Russian zeitgeist of the 90s with his footage of chaotic street scenes and happy talk shows and newscasts that were clearly influenced by the invading or (depending on viewpoint) liberating American sensibility.

Still, there’s a gap in this film’s narrative that exists at the unlikely intersection of economics, politics, culture and sports. We hear virtually nothing from the players themselves and that’s a loss. Were they the beneficiaries or victims of capitalism? What were they thinking at the time? Where and who are they today? Maybe it all worked out well, though I suspect many couldn’t survive in the new universe and fell through the cracks. Either way, [“Red Penguins,”’(http://www.redpenguinsmovie.com/watch-at-home/) engaging as it may be, is also a sad story: Ultimately, it’s about failure.

Simi Horwitz won a 2018 Front Page Award from the Newswomen’s Club of New York for her Forward story, “Ruchie Freier: Hasidic Judge, American Trailblazer.” In 2019, she received a first place prize from the Los Angeles Press Club for “Reviews-TV/Film, All Platforms,” at the Southern California Journalism Awards. In 2020 she received first place prize for film reviews from the National Headliner Awards.