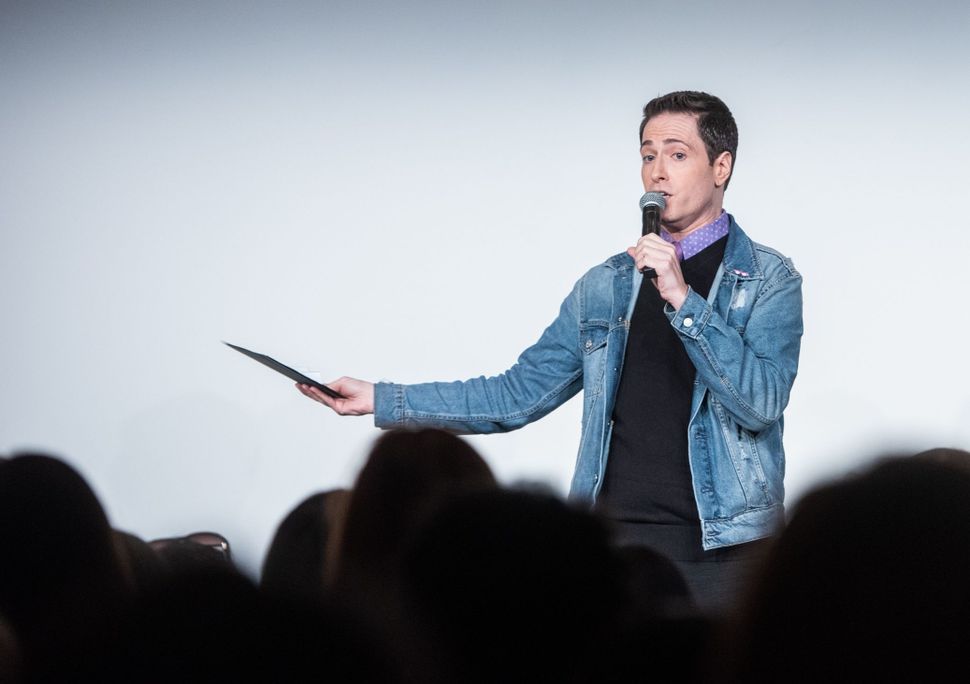 Randy Rainbow emcees an event in October of 2019. Image by Getty/Mike Pont/Stringer

Randy Rainbow has made a name for himself by setting the scandals of the Trump era to music. Now, after dozens of racist and transphobic tweets from several years ago have resurfaced, he has to contend with a scandal of his own.

The internet comedian, whose hits include the Carey Underwood riff “Maybe Next Time He’ll Think Before He Tweets,” apologized on Thursday after a spreadsheet of offensive tweets, dating from 2010 to 2016, was posted to Twitter. Many of the 60 tweets were deleted, but are still viewable on the viral spreadsheet. The jokes take aim at Latinos, Asians, Blacks, trans women, lesbians and Jews, employing ethnic stereotypes, using slurs for trans people and even quoting Kanye West’s use of the n-word in 2011. Rainbow claimed the tweets are not representative of his views — not now, and not in the past.

Speaking to The Advocate, Rainbow, who is gay and Jewish, admitted that years ago, “in my maiden quest to be funny, I tweeted some jokes that were completely offensive and insensitive.”

Saying the tweets were “racist and awful” and “make me sick to my stomach” he apologized to those he had offended, but insisted the tweets were not “skeletons in my closet” but “crappy jokes in my shoebox from a decade ago.”

“I’m a gay Jew who was brought up in a very open, accepting family,” Rainbow said. “When I say that I have evolved with the times, I mean that my comedy has. I did not need to be taught not to be racist or transphobic because I never was.”

But the comedian said he isn’t done learning and strives to educate himself while supporting the current fight for racial equality and the organizations The Trevor Project, focused on suicide prevention for LGBTQ youth, and Trans Lifeline, a crisis hotline for trans people. Rainbow admitted that, though he supports these institutions, he was “embarrassed” that he had only heard of them a month ago.

Toward the middle of the wide-ranging Advocate interview, which addressed the tweets, his forthcoming autobiography and how edgy comedy has gone out of favor since the 2010s, Rainbow expressed his belief that he’s being politically targeted and that there was an ongoing investigation into threats and harassment made against him.

“It’s no coincidence that it’s happening in the midst of a very contentious election because I use my platform every day to speak truth to power and shine a light on inequities and injustices of the world, and expose truly intolerant and racist people,” he said. “There are nefarious people out there who want to silence me because they don’t like what I really have to say.”

It wasn’t clear from the interview if he believed the revelation of his offensive tweets was part of this campaign to silence him.