I wrote speeches for a fictional president; no one could have imagined Donald Trump 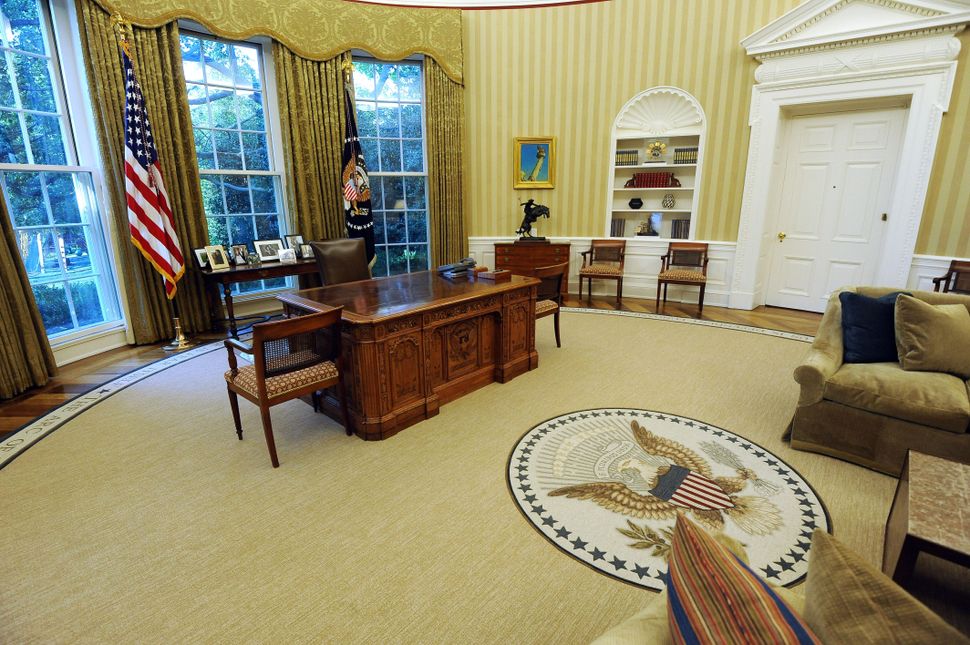 Long before Fox became a right-wing propaganda machine, I crafted speeches for an Oval Office occupant on their comedy series, “Mr. President,” which starred George C. Scott and Madeline Kahn. My husband Martin and I were in the writers’ room in 1987, several years after politics and performing had intersected with the election of former actor Ronald Reagan. If we’d pitched any of the stories confronting Donald Trump during the Republican National Convention, they would have been dismissed out of hand.

We tried to be authentic. We had a consultant in Washington to call when we weren’t sure of protocol. “This would take place in the State Dining Room,” I told the producer one time after I’d called the consultant.

“We don’t have that set,” the producer said.

Our stories had to be credible too. Nobody would have believed that a president would remain in office, let alone run for re-election if in one week his Chief Strategist had been arrested for fraud, his Postmaster General was accused of deliberately destroying the post office, and that his niece had revealed to a major newspaper that his sister called him a liar and said he had no principles shortly after a damming bipartisan report indicating that Russia helped the candidate win. It would never have occurred to me to pitch that the president’s business was being investigated. Oh, and did I say we never came up with the idea that the president’s friend, president of an evangelical university who’d persuaded others to support the candidate would that same week have to leave his job because he admitted that his wife had a long affair with a pool buy, who’d claimed the husband had watched? You couldn’t make this stuff up, so we didn’t.

“Nisht far deer gedacht,” which translates to, “it shouldn’t happen to you,” my parents might have said about the possibility of Trump winning the election in 2016. Though they spoke Yiddish to prevent me from understanding, it had the opposite effect. I farshtay everything. In fact, I think the best way to teach a language is to use it for secrets.

They would not have watched “The Apprentice.” Innately suspicious, they would have realized there was no reality to the reality show. The show’s two creators admitted on a Netflix documentary that they’d given undeserved credibility to a disgraced casino huckster, and that it was heavily edited to eliminate Trump’s many gaffes. That’s one of the advantages of tape. Though it didn’t happen often on our series, the producer would say, “We’ll fix it in post.” The unedited Trump, the one who’s almost never not on television, is, despite himself, transparent. As much as he’d like us to believe he’s tough, capable and secure, his tweets and rantings are an x-ray of what’s inside.

Trump has created drama so frequently, breaking news could be accused of having ADD. His most recent pieces of fiction, likely to soon be overshadowed, included an unsubstantiated claim that ballot dropboxes “are not Covid sanitized” and could be a “voter security disaster” and that plasma from people who’ve had the virus can be used to help others.

The man in the Oval Office has made no distinction between performing and the presidency. He had repurposed his signature “You’re fired,” using his office and the Rose Garden as sets for photo ops to deliver self-congratulatory monologues. He’s continued to behave like an entertainer, reversing a previous statement as casually as an actor reading a revised draft of a script. For him facemasks were unimportant, an optional accessory furnished by wardrobe. According to John Bolton’s book, “The Room Where It Happened,” the diva devotes two hours a day to his hair and make-up. It takes only minutes for “SNL” to transform Alec Baldwin when he does the impersonation.

Product placement, acceptable in scripted shows, is frowned upon in politics but Trump has exploited his power to benefit his enterprises. Like a director who insists on casting a girlfriend in a production, he has doled out jobs to family members and donors while issuing pardons as rewards.

Trump was right that there is fake news, but he benefited from it. After playing a fictional character on “The Apprentice,” Fox News served as his alter ego, supporting his lies du jour (didn’t get that from my parents) and smearing his enemies. In “Hoax” by CNN’s Brian Stelter, one of their producers is quoted, “We don’t really believe all this stuff. We just tell other people to believe it.” The danger of that is compounded because the president of the United States accepts and repeats what he sees during his daily six hours of watching Fox. Unlike sitcoms, reality and news shows have a responsibility for authenticity.

Our fictional president had the compassion and integrity the sitting president lacks. My husband and I wrote an episode about him struggling with the prospect of having to dismiss the White House butler, who’d been there for 45 years and was now forgetful. The task became more difficult when the African-American employee recalled to his boss, “Right there is where JFK introduced me to Martin Luther King.” Forcing himself to press on, the President explained that we get older and the time comes to move on. “Oh, Mr. President, don’t think that way,” the butler smiled. “You’re doing a great job.” Having forgotten the conversation, the butler turned up for work the next morning. The President’s eyes lit up and he smiled.

Trump has nothing in common with our character or with previous leaders except for sharing a show business background with Ronald Reagan. They both knew it was dangerous to have a weak third act. It’s the reason he has minimized the COVID-19 catastrophic pandemic, just as Reagan downplayed the 1980s AIDS crisis. Concerned that these public health disasters would damage their images, they tried to divert the nation’s attention by borrowing a film technique: cutting away.

I’m no longer writing scripts, but I will be writing postcards and texts to help other voters distinguish between fact and fiction. We have to ensure “Mr. Trump Goes to Washington” does not get picked up. “Dos is de emes,” my parents would have said: “that’s the truth.”

I wrote speeches for a fictional president; no one could have imagined Donald Trump